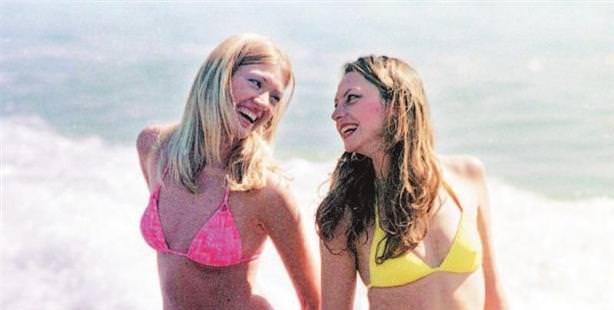 The drop in tourist numbers Turkey has experienced since the start of the year has officially been halted with a nearly ten percent rise in foreign visitors for the month of August.

A written announcement released by the Mediterranean Touristic Hotels and Investors Union (AKTOB) states that in the first eight months of the year, a total 21,765,000 foreign visitors came to Turkey, which is above last year's figure of 21,701 visitors.

The announcement, which points out that the decreasing trend in tourist numbers has come to an end, with figures for August showing an increase by ten percent in foreign visitors, states that Turkey saw a ten percent growth in the German and Russian markets compared to figures from the year prior. In the same eight month period, Germany grew by five percent reaching the 3.3 million tourists level, while the Russian market saw an increase by nearly one percent bringing the figure up to nearly 2.6 million
The announcement went on to explain that due to the economic crisis as well as a number of other factors, the English market has not had a pleasing eight months and like last year has dropped by five percent, bringing the total number of tourists down to 1.7 million tourists. Holland, one of Europe's most significant markets, managed to show a five percent rise in the first eight months of the year, bringing the number of foreign visitors from the Netherlands to 923,000.

The announcement goes on to state that the political tension with neighboring nations continues to be reflected in tourism figures, mentioning the 32 percent drop in tourists from Iran for the same eight-month period regressing to 854,000. The Syrian market, which increased by 13 percent last year, regressed by 38 percent this year coming up just under 400,000. The number of foreign visitors from Bulgaria dropped by one percent, while tourists from Greece dropped by eight percent.

The announcement also mentioned that the number of entries from Georgia which were for business purposes and not tourism, increased by 21 percent. Meanwhile, the announcement also stated that similar to the year prior, Iraq saw a 40 percent growth. The Israel market continues to drop however, losing another ten percent this year with just 55,000 visitors to Turkey.