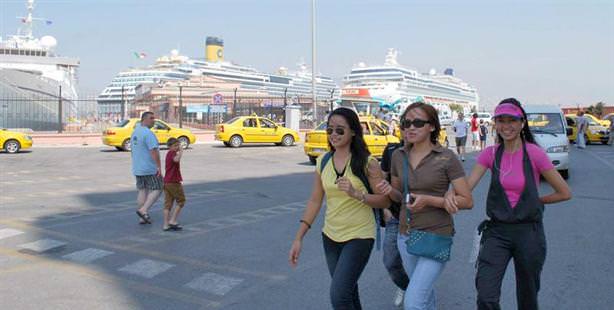 Izmir has won the award for Leading Cruise Destination in Europe, beating out the likes of Amsterdam, Athens, Cannes, Copenhagen, Dubrovnik, Lisbon, Oslo, Reykjavik, St. Petersburg and Venice. Sixty-nine World Travel Awards, considered to be the 'Oscars' of the tourism industry, were handed out at an awards ceremony held on Saturday, October 6th in Portugal.

Izmir Chamber of Commerce (İZTO) Chairman of the Executive Board Ekrem Demirtaş released an announcement following Izmir's win for top cruise destination, stating, "Izmir, which has been a popular tourism destination for thousands of years, was late to discover the rising cruise trend. However, with the contribution of Izmir residents and the municipality's administrators, Izmir's involvement in cruises has reached a peak. Having won this award for the past two consecutive years, Izmir has anchored to the peak in cruise tourism. I want to especially thank our Minister of Transportation, Maritime and Communications Binali Yıldırım for his support in ensuring Izmir's success in cruise tourism as well as all of our local administrators and everyone who has contributed in any way. We will be giving this award to Mr. Binali Yıldırım.''

Demirtaş went on to explain that last year 504,000 tourists arrived to Izmir on cruises, and stated that this year they aim to bring that number up to 600,000. "In addition to the increase in tourist numbers, nearly all of the tourists that visit leave extremely satisfied. It is their satisfaction that has brought us this great award. Even more important is the fact that we have now established a serious stability in cruise tourism and have become the star of Europe."