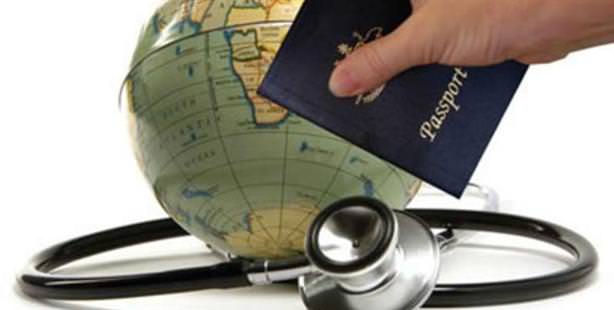 Announcing that over 200,000 foreigners come to Turkey annually for medical treatments, Minister of Health Recep Akdağ states, “While Turkey has already made the top ten in world health tourism, the country is now fast on its way to the top.”

Health Minister Recep Akdağ was speaking at the fifth International Health Congress when he emphasized Turkey's success in fast becoming one of the world's leading nations in health tourism.

Stating that over 200,000 foreign nationals receive treatment in Turkey every year, Akdağ states, "Half of this figure are foreigners that arrived to Turkey as tourists and then fell ill in the country and received treatment. The other half constitutes visitors who came to Turkey with the sole intention of receiving treatment. We are seeing this figure increase every year."

Akdağ also pointed out that Turkey has a strong infrastructure for thermal tourism and asked, "What has happened over the past ten years that has resulted in people coming to Turkey from abroad to receive treatment?" According to Akdağ, it is the nation's political stability and economic growth that have been main contributing factors.

Akdağ went on to state, "This shining star (Turkey) has also realized one of the world's most successful health transformation programs. Turkey has now reached an extremely high level in terms of productivity of health services. The most important reason behind this level of improvement in health tourism over the past ten years is the existence of a productive new health system."

Akdağ says that when comparing Turkey to other leading health tourism nations, Turkey is both less expensive for health services and is also more advanced quality-wise in a number of areas. Akdağ also mentioned that medical insurance regulations for international services is an issue that should be discussed as a topic during the congress.