Turkey is the new destination for skiing 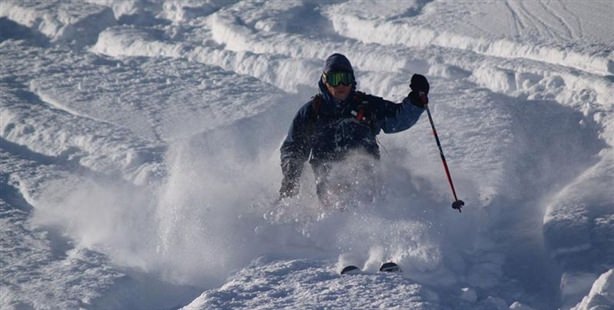 After playing host to a number of famous international sports organizations, Turkey is fast becoming a new popular skiing destination. Ski-lovers are flocking to Uludağ, Kartalkaya and Palandöken and hotels are reaching maximum capacity.

With a fast-increasing number of new skiing centers, Turkey may soon become the new address for winter sports. It seems the successful tourism performance seen following the Erzurum Winter Games is set to continue.

In March, Erzurum will host the World Snowboarding Championship. We took the opportunity of the rising snowfall to research some of Turkey's most popular ski centers. With dozens of ski centers flocked to by thousands of domestic and foreign tourists, Turkey has officially reached a significant status when it comes to winter sport tourism. Skiers from Russia to Europe are making Turkey their preferred destination. While the winter just begins to rear its head, hotels in Sarıkamış, Uludağ, Palandöken, Kartalkaya, Erciyes, Ilgaz, Davraz, Elmadağ and Saklıkent are reaching 100 percent capacity.

General Manager of the Dedeman Palandöken Hotel Nuri Alşarer says they are already fully booked. "Half of the bookings were for domestic tourists and the other half is for foreign tourists. The majority of foreign visitors are from Poland, Russia and Iran. Over 90 percent of the foreigners are here to ski."

THE REGION IS REVIVING

Explaining that they also offer ski lessons, Alşarer says, "The hourly fee for a ski lesson, as dictated by the federation is 120 TL. With groups, this price can go down. It costs about 35 TL to rent skiing equipment, however our customers that ski regularly tend to bring their own equipment."

Commenting on the snowboard championship in March, Alşarer states, "Winter sports competitions are being held regularly in this region. As a result the revenue created is extremely beneficial for us hoteliers and the region's merchants. When there are these sorts of organizations our hotel can fill 40 to 50 rooms at once, which of course means are earnings go up."

Uludağ Alkoçlar Hotel Tourism Group Chairman Erol Turanlıoğlu says they are opening the season this week. "We are 75 percent full overall and fully booked for New year's Eve and the semester break. We have guests that are regular skiers. There is a lot of interest in the classes. We have switched over to a single card system in Uludağ so people can ski on various runways by using a single card. Because Uludağ could be referred to as a high brand value skiing destination, people from all economic and social spectrums come here. People from seven to seventy and from all income levels come here. Skiing is now a sport for all ages and demand is continuously on the rise," states Turanlıoğlu.

The situation is not much different in Kartalkaya. According to Dorukkaya Hotel General Manager Yusuf Avcı they are reaching 50 to 60 percent capacity within the week and up to 100 percent over the weekends. "We will be extremely busy on both weekdays and weekends during the semester break. We update the runways every year," states Avcı.