Turkey to be a preference for Israeli tourists 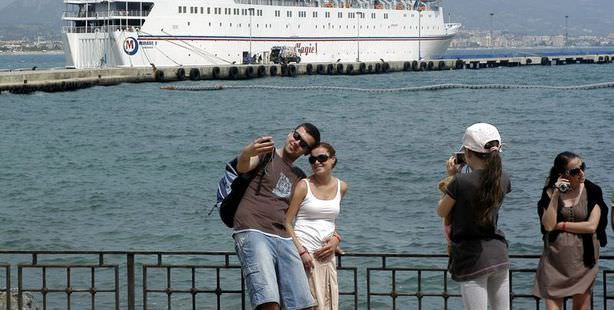 Israeli Prime Minister Netanyahu’s apology for the Mavi Marmara raid is anticipated to give a jump start to Turkey’s tourism industry. With the number of Israeli tourists visiting Turkey having dropped to the 30,000 level, this summer a revival is anticipated to recover the numbers seen in 2008, prior to the fraying of ties that followed in recent years.

Last week's apology by Israeli Prime Minister Benjamin Netanyahu for the Mavi Marmara raid has pleased Turkey's tourism industry. With the normalization of relations, Turkey-Israel tourism relations are expected to see a revival this summer, with Israeli tourist figures expected to resume to levels prior to the disintegration of ties. The influx of Israeli tourists to Turkey first slowed in 2008 following Prime Minister Recep Tayyip Erdoğan's "one minute" outburst at the Davos summit. In 2010, the Mavi Marmara crisis dragged tourism relations down to nearly the zero point.

In 2008, 600,000 tourists visited Turkey from Israel, which generally sends out a total four million tourists annually. However, as the years passed the numbers continued to drop and in 2012 only 30,000 Israeli tourists travelled to Turkey. Netanyahu's apology coupled by the Kurdish initiative has resumed Turkey's position as a safe and comfortable vacation destination for Israeli tourists. One of Israel's leading newspapers Haaretz writes that there will be an explosion in the numbers of Israeli tourists that visit Turkey.

THEY ARE COMFORTABLE IN TURKEY

Turkey's Travel Agencies Union (TÜRSAB) Chairman Başaran Ulusoy says that Israelis will be the most pleased by the outcome of Israel's apology to Turkey. "Those who reside in Israel are friends of Turkey. However, due to the developments, they were apprehensive about coming here," said Ulusoy. Emphasizing that for Israel, Turkey is an extremely comfortable place to holiday in both due to its positioning as well as from a cultural standpoint, Ulusoy stated, "The number of Israeli tourists will reach the 600,000 level again and may even surpass it. These people will not just be coming here for a vacation; Turkey will also act as a gateway for the United States and Europe. Israelis will be able to fly to New York or London from here," said Ulusoy.

THIS SUMMER WILL CLOSE THE DEFICIT

Jolly Tour General Manager Figen Erkan says that there is a serious demand by Israeli tourists, however due to the developments this demand practically came to a halt. Erkan says that this summer this demand will resurface. "Israeli tourists ended up travelling to different countries instead of Turkey, however this summer that deficit will be made up for," stated Erkan.

Travel Agencies are renewing their programs

Last year marked the first time that Turkey did not participate in the Israeli Tourism Fair. Tourism industry experts say that Greece and Greek Cyprus have filled that gap. According to Başaran Ulusoy, Turkey's tourism efforts in Israel will now be amped up. Explaining that travel agencies are now working on preparing tours for Israelis, Ulusoy stated, "They are redrafting programs right now. Our travel agencies are ready for this demand."