The air of early spring in tourism 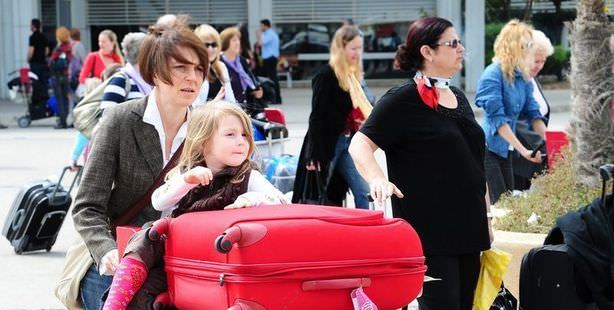 The Association of Turkish Travel Agencies (TÜRSAB) President Ulusoy: "It is speculated that in 2013 the number of tourists will reach 33 million and tourism revenue will be approximately 31.5 billion dollars.”

Pointing out that according to figures from the Ministry of Culture and Tourism, the number of foreign visitors that came to Turkey during the Jan-Mar period of 2013 reached 4,214,348 which is a 22.52 percent increase compared to the same time period the year prior, Ulusoy stated, "Expectations are that approximately 33 million tourists will visit our country in 2013."

Ulusoy also drew attention to the fact that congress tourism is now a shining segment in the industry and that according to International Congress and Convention Association (ICCA) statistics for 2011, by hosting 159 congresses, Turkey came in 23rd worldwide in a list of countries that host the highest number of such events, while Istanbul came in ninth by hosting 113 congresses in the metropolis alone.

Ulusoy also commented on the signs coming in reflecting the positive effect the normalization of relations between Turkey and Israel will have on the tourism sector. "According to figures from the Ministry of Culture and Tourism, during the Jan. to March period in 2013 the number of visitors from Israel reached 20,268 which is a 111.28 percent rise compared to the same timeframe the year prior," stated Ulusoy.