Turkey’s tourism industry is hoping to reel in Arab tourists 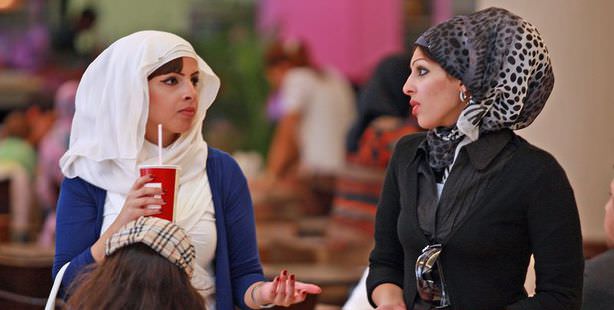 While European tourists spend approximately 800 dollars a week in our country, Arab tourists spend four times that amount. The biggest issue in terms of drawing in tourists to the nation’s Eastern Black Sea region is the lack in accommodation.

East Black Sea Development Agency (DOKA) Secretary General Çetin Oktay Kaldırım drew on the importance of establishing a target for the sector in order to ensure the rising trend in tourism continues and pointed out the important role Arab tourists could play by explaining that European tourists spend approximately 800 dollars a week in Turkey, while Arab tourists spend four times that amount, ranging on average between 3,000-3,500 dollars. "This is a very significant figure. While we have access to these sorts of sources, we need to acquire the quality of standards Arab tourists desire in terms of both service and infrastructure in our region," states Kaldırım, explaining that it is with the intentions of promoting the Eastern Black Sea Region as well in order to locate investments, that they have been attending the world's third largest tourism fair held in Dubai for the past three years.

Kaldırım realizes the importance of the Arab world from a tourism perspective and that Dubai has become an important center for both promoting and seeking investments in the Eastern Black Sea Region. Kaldırım explained that they have set up a 40 square-meter-sized stand at the fair to introduce and promote the region.

According to Kaldırım, the feedback he receives reveals that there is a serious lack of accommodation in the region. "There are 11 foreign tour agencies that bring tourists to our region. We had the opportunity to speak and they told us, 'no matter how much you promote the region you still cannot increase the capacity of accommodation. If you don't increase accommodation in the region, the share you could obtain from the market will drop.' They also told us that they have to turn half of the tourists down, especially those that come from Arab nations," explains Kaldırım.

Mentioning that figures from the World Tourism Organization also show that Arab tourists are the highest-spending in the world, Kaldırım went on to note that the perception that Arab tourists like to rest and just watch the view is wrong and said that in fact they want to participate in a variety of activities. "If we do not offer variety to these people then we will have shortened the length of their stay and will have decreased their contribution to the region's economy."