Izmir enjoys the busiest summer yet 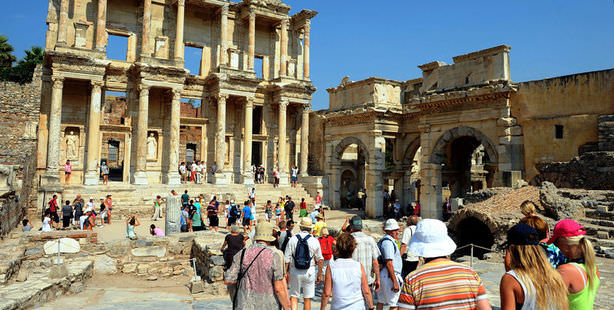 With its beautiful sandy beaches, healing thermal springs and rich cultural assets, Izmir is a unique destination for tourists, which have been flocking to the western province. With 300,000 visitors this past July, Izmir has reached a historical peak in numbers of visitors.

Izmir hosted the highest number of tourists in the history of the province at 304,766 bringing the total number of visitors in the first seven months of the year up to 1,043,451.

Noting that the most striking increase in visitors from a specific country was seen in Iranian tourists, Izmir Culture and Tourism Director Abdülaziz Ediz says that large groups of tourists have begun to arrive from Iran. "We are extremely pleased with this," said Ediz, adding, "Once the tension in the region subsides we believe there will be a rise in tourists from Iran, Iraq and the Arab region.