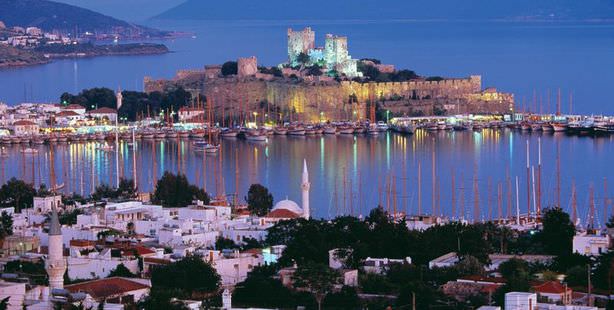 The nine-day holiday for the Feast of Sacrifice brought in record results for Turkey’s tourism industry in October.

Turkey's tourism industry experienced a record high of a 30% increase in tourists and 100 percent full capacity for accommodations throughout the nine-day Feast of Sacrifice holiday. The number of foreign visitors to Turkey reached 1.8 million as domestic tourists were left unable to find accommodation in the popular tourism destinations of Bodrum and Belek. The tension in neighboring nations such as Syria and Egypt coupled by increased promotion of Turkey's tourism industry abroad is said to have been influential in the high rise in tourists this holiday season.

SEASON MAY SPREAD INTO NOVEMBER

According to the Turkish Hoteliers' Federation (TÜROFED) President Osman Ayık, coastal hotels reached 100% full capacity over the nine-day holiday. Explaining that at this rate, the season may continue into the month of November, Ayık stated, "Due to the tension in surrounding nations such as Syria and Egypt, Western tour operators have been directing Russian, German and British tourists to Turkey as a safe destination."

Turkey's Travel Agencies Union Executive Board Chairman Başaran Ulusoy says that tourism in Turkey has now spread throughout the 12 months of the year. Drawing attention to the fact that tourism in Turkey has diversified, Ulusoy states, "We are receiving a significant rate of reservations for culture tours through the end of the year. Tour Operators Platform Spokesman Cem Polatoğlu says they foresee an approximately 30 percent increase in the number of foreign tourists this October compared to the same month the year prior. "In October, we signed on to a historical record. Due to the crowds, domestic tourists were unable to find accommodation in Bodrum and Belek," says Polatoğlu.

It is speculated that seven million people vacationed in Turkey throughout the nine-day Feast of Sacrifice (Kurban Bayram) holiday. One million of that number went on holidays arranged by travel agencies, while one million made online reservations. It is estimated that nearly 1.8 million foreign tourists holidayed in Turkey, while three million people travelled to domestic destinations to visit relatives.