Get some fresh air in Turkey's national parks 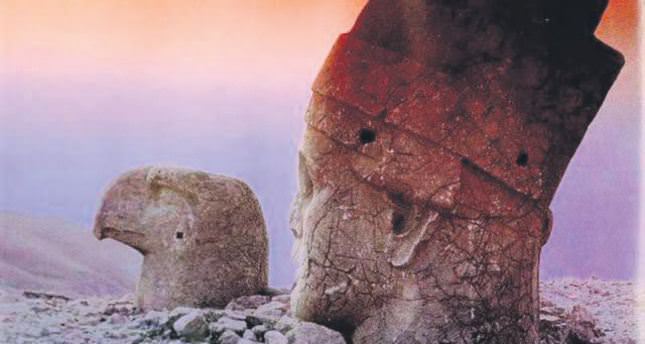 National parks are the heart of cities and allow visitors a breath of fresh air where they can be in communion with nature. A country rich in natural beauties and every tone of green, Turkey offers visitors nearly 40 different national parks waiting to be discovered.

From time to time, everyone wants to get away from the hustle and bustle of city life, that's why national parks are one of the best options to explore Mother Nature's bounty. For the last few years, Turkey has taken major steps to designate these natural beauties as national parks and protect them accordingly. Turkey's national parks are ready to mesmerize you with all their enchanting landscape and natural legacies dating back many years, so let's discover some well-known national parks that you can visit from the country's west to its east.

For those who want to experience bird watching: Lake Kuş
Named Kuş Cenneti, Bird Paradise in Turkish, Lake Kuş is located in Turkey's western city of Balıkesir. The main attraction in this national park is the dozens of different bird species. The national park is a 64-hectare bird sanctuary near the Lake Kuş, which was also called Manias in ancient times.

Offering probably the best option for bird watching in the country, the bird sanctuary functions as a small museum with its observation tower created more than 50 years ago.

There are special hiding spots in the park to enable visitors to observe resident species and migrant birds with little disturbance, including common herons, night-herons, purple-herons, squacco herons, little egrets and spoonbills in the trees. Two different species of pelicans, Dalmationa and pink pelicans, are among the 270 species that are recorded in the national park.

If you want to discover the world of birds, Lake Kuş is the best place to do so in Turkey because more than three million birds fly through this sanctuary every year, especially in April, May and September. This is a great spot not only for bird watching, but also for relaxing among bird calls. Take note that there is no hotel or rest house in the national park, as it is better to not disturb the birds resting there. If you want spend a night near the national park, you can visit Bandırma, a touristic town near the lake.

For those who want to travel back in history: Mount Nemrut
Described as an outstanding universal treasure, Mount Nemrut National Park is as UNESCO World Heritage Site for its statues erected on the mountain during ancient times. There are numerous large statues, which are assumed to be royal tombs from the first century B.C. on Mount Nemrut. The mountain is one of the best places to view such glorious history; every year hundreds of tourists come to the mountain to see the authenticity of artistic achievements of the Hellenic period and fascinating beauty of the monumental sculptures.

While the statues are magnificent at any time of day, the mountain offers all its beauty at sunset. I assure you that when you see the sun setting on the mountain, you will be mesmerized by the landscape.

Don't forget to take your best photographic apparatus along if you head toward Mount Nemrut. After your visit to the mountain, you can spend a night in the city of Adıyaman. In general, this mountain is best visited from April to October. From Adıyaman to the mountain, there are trips by bus and overnight tours running out of Kahta, a town in Adıyaman.

For those who want to enjoy plenty of oxygen: Hatila Valley
With its uncommon "V" shaped mountains and beautiful waterfalls, Hatila Valley National Park in Artvin offers breathtaking views overlooking one of the greenest spots you'll ever see. The valley is an example of Turkey's unique geographical characteristics because of its unusual geological and geomorphologic structure.

The vegetation in the valley is rich and dense in the middle and upper regions with over 500 species of plants. Through tectonic and volcanic activities over the years, the valley is made up of narrow spaces where some slopes are nearly vertical.

Just a tip: With different birds, including sea eagles, hawks and wildlife animals like foxes and jackals, the valley can be described as a sort of journey to the heart of wild nature. The most well-known feature of the valley is its weather that allows your lungs to enjoy rich oxygen. There are certain places in the national park that are allocated for excursions and camping.

Those in search of wildlife sightings can stay in tents or you can also spend the night in bungalows and caravans. Alternatively, you can spend the night 10 kilometers from the valley in Artvin city center.
Last Update: May 24, 2014 2:49 am
RELATED TOPICS