Retire in style and with a view in Istanbul 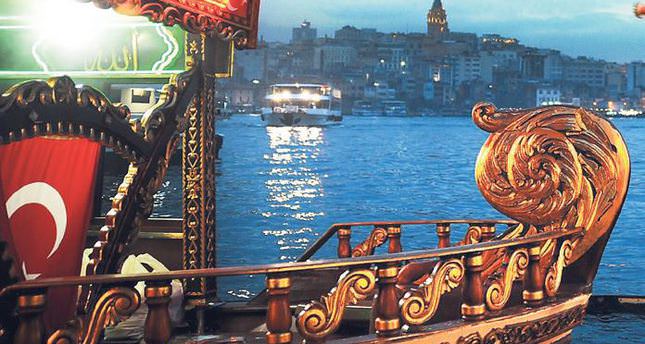 by Sep 10, 2014 12:00 am
Giving ideas to retired people who want to live abroad, the website of the famous establishment Live and Invest Overseas listed 10 suitable cities where people can live after retirement. Istanbul ranked 10th on the list.

Alvarge, Portugal ranked number one on the list. According to the website, over 100,000 retired people live in Alvarge, and hence is the best suited city for retirees. It is said that the city has 3,300 hours of sunlight annually, which is more than most cities in Europe. Moreover, the website says that people can live on $1,500 (TL 3,288) a month. Cuenca, Ecuador came in as the second most suitable city on the list. The website describes Cuenca as a sweet mountain city where people can live with a small amount of money. The cafés and restaurants in the city are very cheap and it is possible for locals to attend free music, dance and painting courses. George Town, Malaysia, a city with 740,000 people, claimed the third place on the list with its magnificent beaches. The website appreciated the food and health services in the city and said George Town is the most beautiful place to live in Southeast Asia. Fourth place on the list belonged to Chiang Mai, Thailand. Standing out with its clean air and modern infrastructure, the city is among the most suitable cities for retirees. The website says that retirees in the city can work in many places such as schools and universities. Dumaguete, Philippines ranked number five on the list. Dumaguete is described as "a friendly and calm" city and has tropical climate. The city, which is near the ocean, has cheap restaurants and often hosts theater and ballet performances and painting exhibitions. The website claimed that $1,000 a month is enough to live in the city. Pau, France came in sixth on the list. Regarded as having more green space per inhabitant than any other European city, Pau is decorated with many trees brought from foreign places. According to the website, $2,000 a month is more than enough to live in the city. The seventh place went Medellin, Colombia. The city is said to be a safe city and a center of finance and economy. The website reminded that the city is cheap and chosen as "the Most Innovative City in the World." Abruzzo, Italy claimed eighth place on the list. The city stands out with its spectacular beaches and clean water. Moreover, the city is suitable for skiing thanks to its mountains. Regarded as one of Italy's hidden treasures, Abruzzo has hundreds of hectares of vineyards and no industry. Panama City, Panama ranked number nine on the list. The city is filled with beaches on the Pacific coast.

Istanbul claimed 10th place on the list. As Turkey's megacity, Istanbul straddles Europe and Asia. The website further said that Istanbul not only served as the capital for both Christian and Muslim empires, but also stands out with its exquisite architecture and city walls. Even though Istanbul is not the capital city of Turkey, it is the heart of Turkey and the best city in Europe. In conclusion, the website said Istanbul is the best city where you can witness the world with its minarets and Bosporus.