Travelling into the past through Turkey’s historic cities 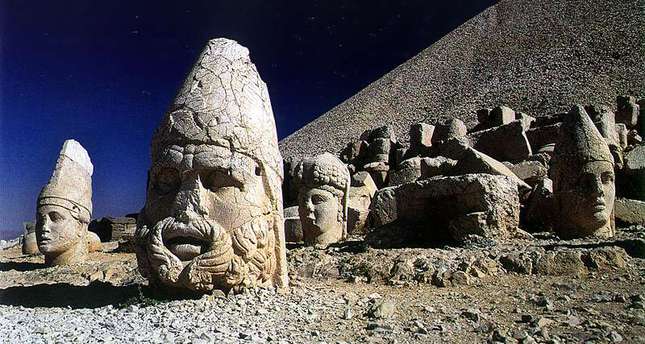 In a modern world littered with skyscrapers and filled with commotion, Turkey offers the magnificent remnants of many ancient civilizations to help one feel as if they have traveled into the past

With its position between Europe and Asia, Turkey is a unique destination that is marked by the remnants of civilizations that have left their mark on history, beautiful landscapes that includes lots of sunshine and vivid blue coasts and its cultural traditions. Being at the top of tourists' must-see list for a long time, Turkey offers many different spots that allow you to enjoy your vacation. Accepted as a great way to explore the diversity of the country, Turkey is where the world's earliest settlement has been found. If you are a traveler interested in archeology and ancient sites – which include 9,000-year-old ruins as well as Roman and Greek ruins – this country's diversity will take your breath away. Considering its historic remnants, many tourists are traveling to Turkey to explore the countless ruins that dot the lands as proof of Turkey's diverse history and the influence of the Greek, Roman, Byzantine and Ottoman empires.

Anatolia, known as the motherland of many civilizations, hides many ancient cities and sites and some have yet to be discovered. In the those that you can visit, you will feel how the clock turns back and experience the atmosphere of many different cultures with their natural and historic treasures.

In this story, the selected ancient cities and ruins from the country's west to east will treat you to its historical diversity as a haven for archeology and history.

Çatalhöyük in the central Anatolian city of Konya

Located in the Cumra district of Turkey's central Anatolian city of Konya, Çatalhöyük is among the oldest human settlements from the Neolithic Age. Dating back to 7,400 B.C. to 5,200 B.C., Çatalhöyük is considered the largest and best preserved ancient site of all time. Çatalhöyük was included in UNESCO's World Heritage Sites in 2012 and since then measures to protect the ancient remains have been improved. Standing as proof of the development of civilizations and social life, the site includes houses, which are decorated with wall paintings, sculptures and other features of the Neolithic Age's housing aesthetics and architecture. Those who want to discover life in ancient times can see the site and houses with their interior and exterior designs while also witnessing ancient social life, culture, religion, agriculture and domestic life. In Çatalhöyük, you can spend a day exploring the houses and later you can visit Konya's city center, which is one of the largest provinces in the country and known for Rumi's doctrines.

Mount Nemrut in the southeastern city of Adıyaman

Described as an outstanding natural treasure, Mount Nemrut, with the tumulus containing the tomb of King Antiochus of the Commagene Kingdom and several giant statues, is a UNESCO World Heritage Site. There are numerous large statues assumed to be royal tombs from the first century B.C. Accepted as the highest open-air museum in the world, Mount Nemrut is located in the Adıyaman provincial town of Kahta and the beauties of the enchanting 10-meter statues and ancient Commagene sanctuary are mesmerizing. The mountain is believed to have been a place for worship in ancient Anatolia and when you visit you will understand why ancient people choose it as a sacred place. It has been said that Antiochus built a monumental tomb, a tumulus of cut stones built over the tomb and terraces, known as the East, West and North, on the three edges of the tumulus. On the East and West, there are giant statues, inscriptions and reliefs. Five statues portray the gods and Antiochus. Every year, thousands of tourists come to the mountain to witness its history in person, including the artistic achievements of the Hellenic period and the fascinating beauty of the monumental sculptures. While the statues are magnificent at any time of day, the mountain offers its best beauty at sunset. When you see the sun setting on the mountain, you will see the breathtaking landscape, Do not forget to take your best camera along.

Zeugma in the southeastern city of Gaziantep

The ancient city of Zeugma in Gaziantep's town of Nizip was founded by Alexander the Great's generals in 300 B.C. and was originally called Selevkia Euphrates. Accepted as one of the four biggest cities of the Commagene Kingdom, Zeugma was conquered in 64 B.C. and ruled by the Roman Empire, which renamed the city Zeugma – meaning bridge or passageway. Witnessing huge wealth and glory in the time of the Romans, the city became one of the region's attractions due to its commercial potential originating from its geo-strategic location along the Silk Road connecting Antioch to China. In 256 A.D., the city was invaded and completely destroyed by the Sassanids and later again by a huge earthquake that buried the city. Due to the invasion and the earthquake, the city and its magnificent structures sadly were not able to recover for a long time. In the 1980s, the Gaziantep Archeology museum conducted the first excavation in the city and found graves and statues. But the main excavation that unveiled beautiful mosaics was conducted in 1992. This excavation brought Zeugma onto the archeological scene and attracted many foreign and local tourists to see its glorious mosaics. There are also many villas, an amphitheater, baths and temples waiting beneath the ground to be uncovered. It can also be said that the real beauty of Gaziantep is much more than we see above ground. If you are interested in history and ancient civilizations, Zeugma should be at the top of your must-see list when you visit Turkey.

Phaselis in the southern city of Antalya

Located in the north of the Anatalyan town of Tekirova in the Kemer district overlooking the Mediterranean coast, Phaselis is an original Lycian settlement dating back to 700 B.C. Because of its location on a peninsula that separates two harbors, Phaselis became the most important harbor city of western Lycia and an important center of commerce between Greece, Asia, Egypt and Phoenicia. Persians captured the city after they conquered Asia Minor and it was later taken by Alexander the Great. Described as an escape from the bustle of Antalya's city center, Phaselis offers the history and joy of the Mediterranean at the same time. The ancient city is also situated in Olympos National Park in Antalya. If you are heading to Antalya, Phaselis should be a stop for those who want to enjoy the sun, sea and history at the same time.