Kars to be better advertised in Europe 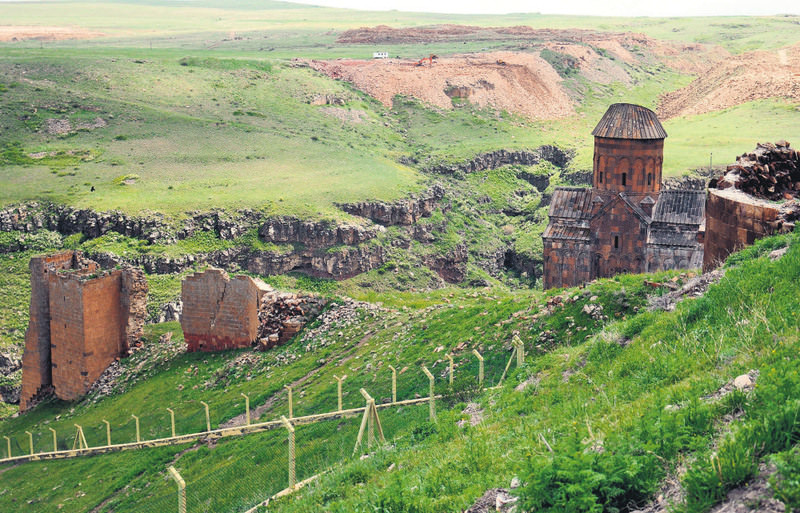 by Daily Sabah May 26, 2015 12:00 am
Having carried traces of many civilizations over its thousands of years of history, plans have been drawn to better advertise the northeastern province of Kars, especially within European Union countries, to increase the city's tourism potential.

The city applied to the European Commission's (EC) European Destinations of Excellence (EDEN) project under the auspices of the Culture and Tourism Ministry in 2009 with Kuyucuk Gölü (Kuyucuk Lake), which was chosen as a national destination as a Tourism and Protection Area.

As part of the EDEN project, documentary films introducing the historical city will be screened in various European countries. The city will also benefit from promotional opportunities offered by the EC, which will pave the way for increasing the city's tourism potential.

The city hosts many historical and natural beauties including the ancient city of Ani, Kars Castle, Kuyucuk Lake and Kümbet Mosque.

Located in Kuyucuk – a village of Kars – Kuyucuk Lake, which is stationed between the Eurasian and African migration routes of wild birds, is one of the most important tourism spots in the city hosting 224 different types of bird.

The ancient city of Ani, which was established sometime between 350 B.C. and 300 B.C., and has been inhabited by Urartians, Cimmerians, Sassanids and Arabs, is another prominent tourist spot that offers a historical journey to visitors. The Armenian Ani Cathedral, established in 1001 in the center of the city, was one of the main pilgrimage locations of Christians in that era. The building features a similar architecture style to the Hagia Sophia and has maintained its structure despite numerous invasions and earthquakes.

Kars also features examples of unique Baltic architecture due to being occupied by Russian from 1878 to 1918. Russia declared the city a military province and conducted new town planning as it did in 1706 in cities around the Baltic Sea. Large boulevards were established as well as buildings with cut-basalt stone.
RELATED TOPICS