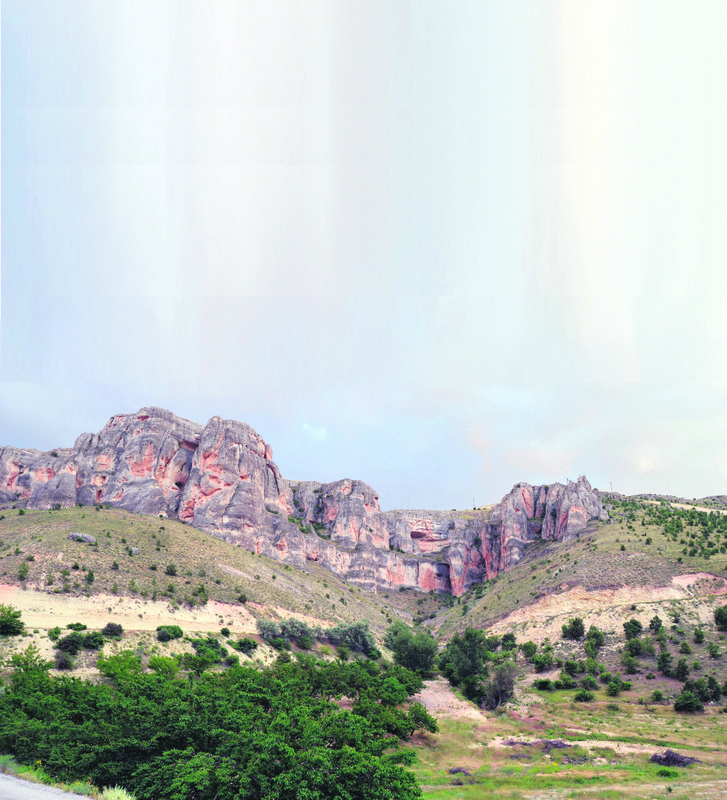 Many local and international professional photographers flock to Malatya's Akçadağ district to capture the beauty of the Levent Valley whose 65 million-year-old rock formations attract great interest. Reminiscent of the Grand Canyon in the U.S., the valley, which is 28 kilometers long, is home to Neolithic age archaeological findings and is referenced among the world's must-see natural areas

Tourists flock to Levent Valley in Malatya to different geological formations, inns and high cliffs dating back to Neolithic age. The first edition of the International Malatya Photocamp project invited a group of professional photographers to closely explore the area. The four-day event, taking place from June 11 to June 14, was initiated by the Malatya Photography and Cinema Art Association (MAFSAD) and supported by the Fırat Development Agency. Professional photographer Mustafa Ertekin, the project's general coordinator, told Anadolu Agency (AA) that the Levent Valley is not largely known by the public, although it is one of the biggest valleys in Turkey. He said the project was an attempt to promote the region abroad.

The project committee wants to introduce the valley's natural beauties to tourists and then take necessary measurements to protect it. "The photo camp was the first stage. It is necessary to thoroughly explore the valley's inns, roads and surrounds," Ertekin said.

"There are many trekking areas around Turkey like those in Cappadocia and the Firik Valley. We are planning to discover trekking routes for hikers. Our ultimate intention is to safeguard the nature and allow people to experience it," he said, adding that hikers will then find new routes or places worth exploring. He said today historical trekking routes surrounded with nature feed the tourism industry. "To illustrate, the Lycian Way has become a popular trekking area for international tourists. We can design something like that in the Levent Valley, as the area is rich in nature. I mean it offers a picturesque scene. I believe in upcoming years the locals will get used to hearing more international tourists speaking in English and French," he said. "You know in Harran, little children understand some basic words in English, French and Arabic due to the continuous flow of tourists. Why can't this happen here in Malatya?" he said.

Faruk Akbaş, another participating photographer, said Malatya is only known for its apricots and Mount Nemrut. Akbaş said he has been travelling around Turkey for years, but has just found out how beautiful and magnificent the Levent Valley is. He said the valley is surprisingly deep and its rock formations, inns and other cultural and natural beauties including endemic plants deserve to be explored. Akbaş said tourism has changed its direction from beaches to cultural tourism. "Turkey has the potential for cultural tourism, but cannot properly use it. It is because the cultural heritage is not sufficiently promoted. We can achieve it if we can work in collaboration," he said while underlining the importance of giving more of an effort. He said not only for its resemblance to the Grand Canyon, but for its archeological areas, the valley must be comprehensively expored.

Dutch photographer Arjen Zwart, who visited the valley for the first time, said the valley's natural view is amazing. "It looks like the Grand Canyon. The area should be protected," Zwart said. Iranian photographer Kamal Shabkhiz said the untouched nature of the Levent Valley is very attractive. He said he will come back with his family.
Last Update: Jun 22, 2015 11:41 pm
RELATED TOPICS