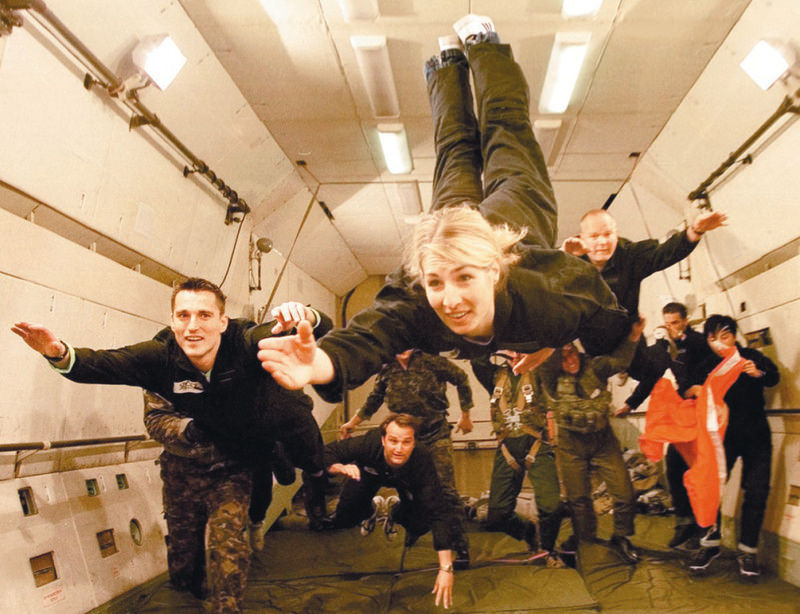 by Anadolu Agency Sep 17, 2015 12:00 am
The Turkish branch of Space Expedition Corporation (SXC), a Honk Kong based space company with plans to launch tourists into space in 2017, is selling tickets now for $100,000; the price will rise to $150,000 next year. Speaking to Anadolu Agency (AA) reporter, Ceylan Pirinççioğlu, CEO of SCX's Turkey branch, VIP Tourism, said the test flights of X-Cor Lynx Space Shuttle will begin next year and passengers can fly to space starting in 2017. She said a group of 300 people, including renowned actors and scientists, have applied for space flights.

"The people who traveled on a Russian space shuttle previously did not pass the stratosphere and thereby they were not seen as astronauts. However, SCX's space shuttle will pass it. The first Turkish person who has the chance of becoming an astronaut will be chosen based on a lottery," she said. Pirinçcioğlu said bookings can be made for $100,000 until the end of this year. Next year bookings will increase to $150,000. "We advise interested customers to make their bookings earlier to benefit from our opportunities," she added.

Pirinçcioğlu said that American Dennis Tito, the first space tourist, paid $20 million, but SCX offers this adventure for only $100,000. Following test flights, X-Cor Lynx will make its initial flights from the Curacao Island in the Caribbean Sea. The space shuttle will travel at a speed of 3,564 kilometers per second. When the shuttle climbs to 100 kilometers above the ground, the participants will be recognized as astronauts. They will be in a gravity-free environment for about seven minutes and then the shuttle will return to the earth. Following the 1-hour flight, the shuttle will go back to its departure point. The flight will provide an adrenaline rush to passengers.
Last Update: Sep 17, 2015 2:24 am
RELATED TOPICS