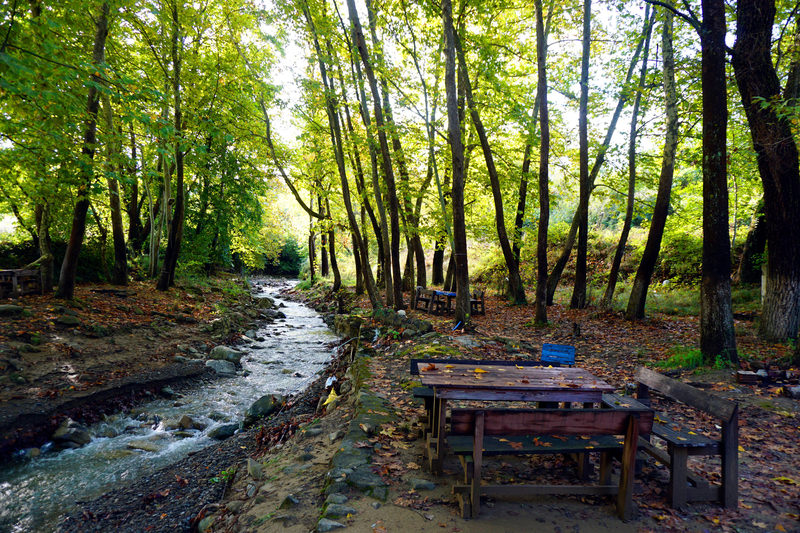 Ganoslar Path, which was built as part of the Trakya Development Agency's (TRAKYAKA) project Trekking Trail Planning, is now buffeted by the natural beauty of autumn.

He said they aim to promote the city's potential for nature sports through the TRAKYAKA's projects: "Ganoslar Path will show people that Tekirdağ does not only stand out for its summer tourism but also its autumn beauty and nature sports. We aim to introduce the potential of our city in Turkey as well as abroad."

Moreover, the regional branch office of Tekirdağ Forestry and Water Affairs prepared a Tekirdağ Nature Tourism Master Plan, which was approved by Tekirdağ governorate. According to this plan, three hiking trails that are 43 kilometers each will be used as rural tourism tracks. The trails that will be built as a part of the project will enable people to walk through nature and take photographs, blending the blue of the sea and the green of the forests. Sports lovers will also have a chance to try local tastes from stalls set up along the trails. The signboards along the trails will introduce the neighborhoods of Uçmakdere and Yeniköy as well as the features the forest. Paragliding enthusiasts along with other nature sports lovers will also be able to spend time in the Nature Park on Ganoslar Mountain. İnal said they are expecting Istanbulites to flock to their trails as Tekirdağ is located close to Istanbul.

"You can witness all colors of autumn, from every tone of green to brown, along the trails in Tekirdağ. We invite those interested in a photo safari to come visit our city," İnal said.