Historical frescoes in rock graves to be opened to tourists 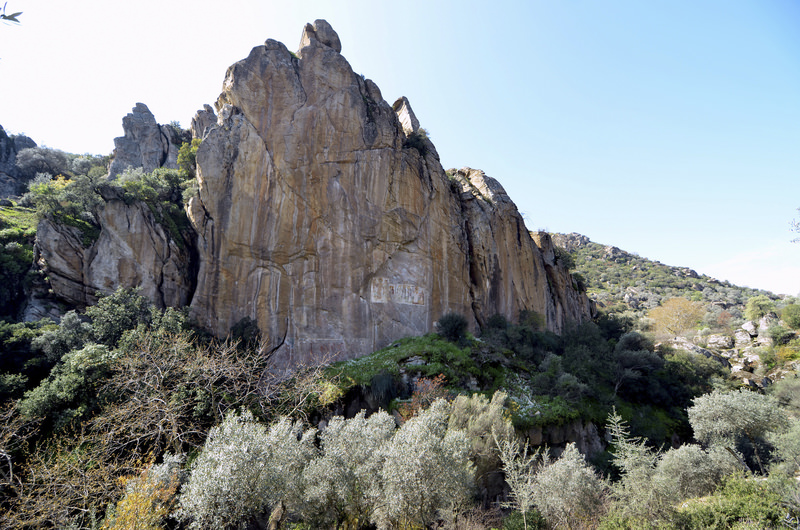 by daily sabah
Mar 30, 2016 12:00 am
The historical frescoes of Jesus Christ and Christian saints as well as nearby sepulchers in Yatağan, which is located in the district of Yava in the province of Muğla, will be opened to tourists as part of the Jeopark Project framework. A commission consisting of Yatağan Deputy Mayor Tarcan Oğuz, City Council President Halil Arslan and the members of the council, examined the frescoes of Jesus Christ and Christian saints in Gökbel Valley, which are predicted to have been carved on rocks 1,500 years ago by those who secretly prayed during the first periods when Christianity started to spread.

Their aim is to determine how best to preserve and promote them. Speaking about the frescoes located at the side of the Çine Adnan Menderes Dam, nearly 1 kilometer away from the Muğla-Aydın highway, Oğuz said the region would be a frequent destination, especially for the citizens using the Muğla-Aydın highway, thanks to this project. "On the frescoes [in Yava district] located in the areas where Christians began worshiping for the first time, the crucifixion of Jesus Christ as well as paintings of the saints and children were depicted. The paintings made on the rocks are 1,500 years old. The size of the paintings are 20x30," Oğuz said.

Stressing that many civilizations have lived in the area throughout history and passed down various artwork and architectural structures, Oğuz added: "These are the first places where people worshiped secretly. In addition, there are founts belonging to ancient churches along with carved sepulchers and motifs depicting monks living inside the nearby cave. There are paintings documenting them." He emphasized that the frescoes and sepulchers were located at the entrance of the Jeopark Project, and said: "Regarding the area, there is an ongoing joint project between the Muğla Metropolitan Municipality and the Yatağan Municipality. We are working hard to revive the project, and should make significant progress in the coming days.
Last Update: Mar 30, 2016 1:30 am