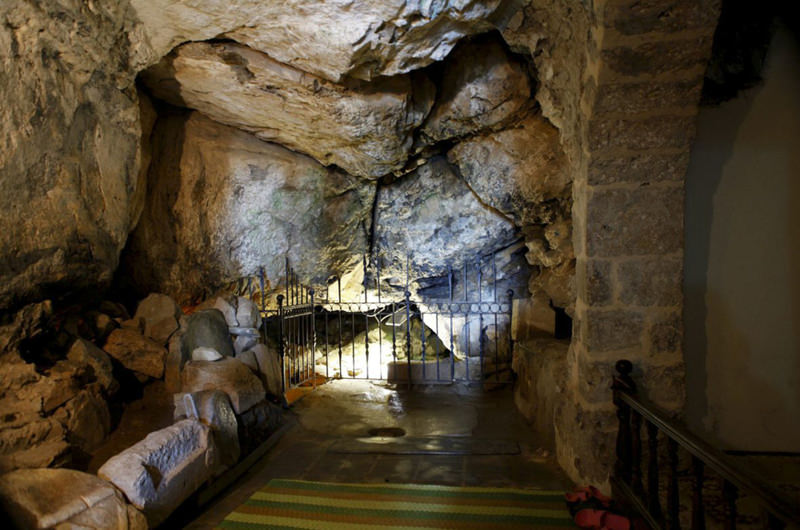 The bloggers of the blog named "Gezginin Ayak İzleri" (The Footprints of the Wanderer), referred to as the "Evliya Çelebis" of the Internet age, visited Eshab-ı Kehf - The Seven Sleepers' Külliye (Islamic social complex) in Kahramanmaraş's Afşin district which is listed in UNESCO's World Heritage Temporary List. A total of 13 travel bloggers who were invited to Turkey by the Eastern Mediterranean Development Agency (DOĞAKA) will tour the historical structures and natural beauties of Kahramanmaraş for four days and will write about the ancient city on their blogs. The bloggers who are called "the wanderers of the modern-day" were welcomed to Eshab-ı Kehf with the impersonations of the Seven Sleepers and "Kıtmir" (The name of the dog of the Seven Sleepers) performed by locals. The bloggers took a great number of photographs during their visit and they were informed by the guide of the Afşin Municipality about the lives of the Seven Sleepers and the importance and the history of the Eshab-ı Kehf Social Complex. 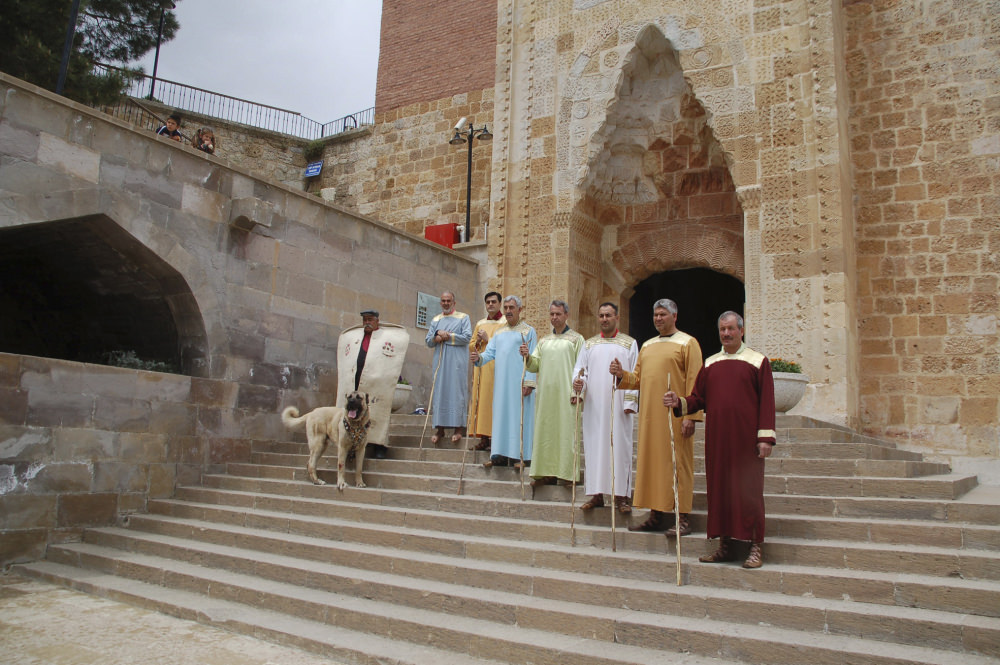 Cüneyt Durhan spoke on behalf of the group, saying that they aim to contribute to the recognition of Kahramanmaraş's cultural, religious and historical places by sharing the experience in their blog following the blogger event organized in collaboration with DOĞAKA and Gezginin Ayak İzleri. "We visited Eshab-ı Kehf in Afşin on the second day of our tour. I think this place is one of the biggest and most important religious, cultural and historical locations in the city," Durhan said. He underscored the importance of the Seven Sleepers for the Christians and Muslims and continued, "Eshab-ı Kehf is considered as a holy place by the Christians. They built their church here and prayed to God. Following the reign of the Seljuks, Muslims built a mosque and inn and this place became a religious hub for the Muslims." Durhan said that he believes his social complex is an important structure for Muslims and he has come across many similar places that are claimed to be the place where the Seven Sleepers were in such as in Israel Palestine, Rome and Vienna. "I think that having this incredible place in your country is a wonderful thing and a source of pride. I believe that the Seven Sleepers is a huge contribution to Turkey as well as Kahramanmaraş," Durhan added.

Durhan also said that local and nationwide projects should be initiated to increase the recognition of the Seven Sleepers. He told that they will begin to work on to introduce the Seven Sleepers in Kahramanmaraş to the world as soon as possible with the collaboration of DOĞAKA and continued, "The bloggers who have come here have thousands of followers and they share their experiences in the places they visit online. Those who follow these bloggers have a primary idea about these places and make their travel plan according to it. We have finally finished the social media leg of the project related to the promotion of the Seven Sleepers in Kahramanmaraş. This place should be visited by everyone."
RELATED TOPICS