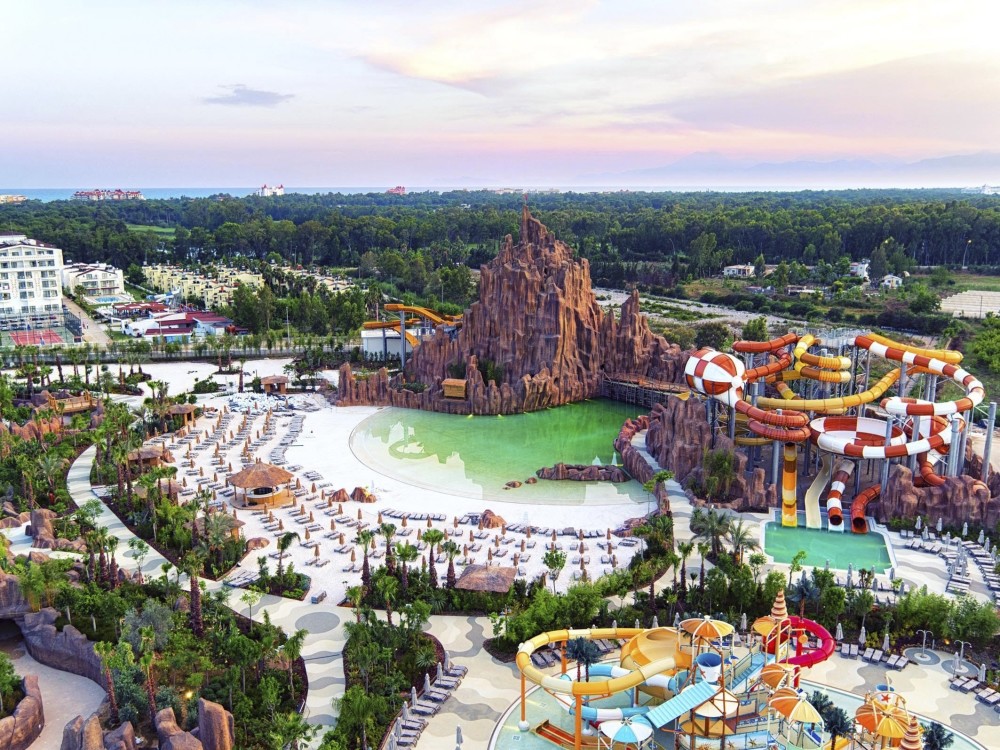 Alongside its unique natural beauty and touristic destinations, Turkey's pearl Antalya is now offering an amazing entertainment park called 'The Land of Legends,' built on a huge area enriched with colorful shows and an aqua park

Despite the recent terrorist attacks we have experienced, the country still deserves to be a leader in tourism around the world, due to its history, nature and above all, outstanding hospitality. This is all due to successful and bold tourism ventures like The Land of Legends, a venture from Rixos Hotels in partnership with the Emaar Group. With an investment of over $1 billion, the facility in Antalya is the most ambitious thematic hotel in Europe and the Middle East. The facility, which consists of a hotel, aqua park and shopping center, will make you feel as if you are in a fairytale.

We spent an unforgettable four days in The Land of Legends attending the "Overcoming the Illusion" training program of Metin Hara, the Reiki master. Hara is already a leader in his field in Turkey, and continues to give training programs all across Turkey under the brand Trust Human. He encourages people to discover their own potential. If you have not read his book titled "Yol" (The Path), I recommend reading it as soon as you get a chance. Our very special group came together at the themed facility to participate in one of these training programs. The event was organized by Gonca Karakaş, the owner of Effect PR, and worked wonders at aiding us in discovery of our own potential. We discovered our body's energy and increased our concentration level so much that we were able to walk on fire at a brutal 800 degrees. 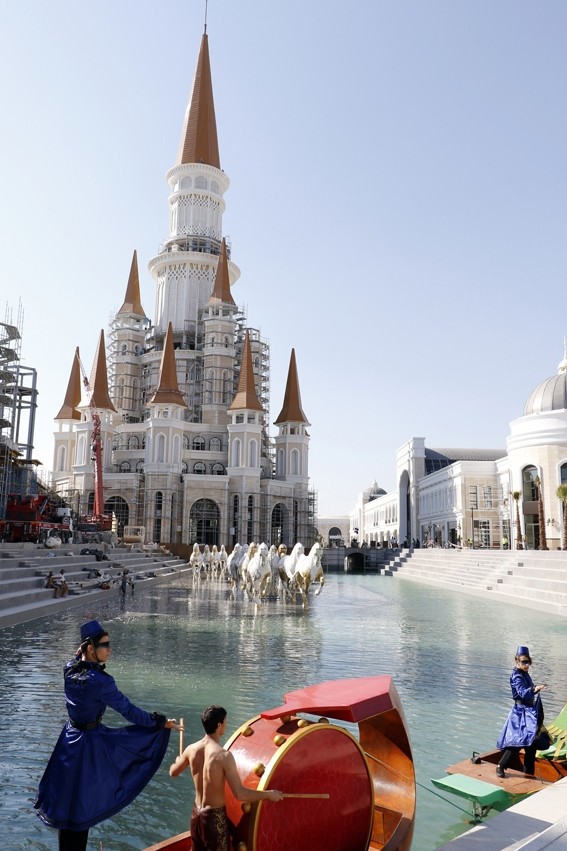 After our daily training, we discovered the fun part of The Land of Legends. The facility has lots of unique features. It is full of giant domes which remind me of the Indian style of architecture, tall buildings similar to the ones in Disneyland and Roman style castles. In the hotel section, the entertainment team greets you with various shows. A group of fake paparazzi takes your photograph at the entrance and there is even a fake cameraman who will ask you if you want to give him an interview.

The interior of the hotel is designed especially to appeal to children. Cartoons are being shown on the giant screens in the lobby, and at the entrance there are life-sized Roman soldiers -- and the same concept continues in the rooms as well. The family rooms have boys' quarters which have a blue design, and the girls have a pink "princess" concept. The whole place is colorful, especially the masterful drawings on the walls of the rooms. The rooms are furnished with 3D televisions and goggles, a Playstation, and a minibar shaped like a barrel, which is very cute. As I said, everything is crafted with children in mind.

When you go into the garden behind the hotel you arrive at an open air mall. Right through the middle of the mall, a long river flows. Shows will be organized on this river from July 1 when the facility opens. Franco Dragone, who has prepared shows for Cirque du Soleil for many years, is the consultant for all the shows in the facility. From greetings in the lobby to shows on the river, all will be held according to the parameters he prepares. I examined the costumes of the entertainment team as well, and they are all perfect.

The most impressive section of The Land of Legends is the aqua park. Especially the artificial beach, which makes you feel like you are in the Caribbean, and the tide pool, both are both wonderful. Since the hotel is not located near the sea it is ideal for those who want to feel like they are on the coastline. Here the man-made beach features white sands and artificial monsoons, allowing rain to pour down on you suddenly and without warning. Giant slides are also a source of fun and entertainment for families. The giant park, which sits on 550 acres, does not end there. In the tide pool you can learn surfing, and there is also a 5-D cinema, a roller coaster which reaches a height of 40 meters, a zoo featuring South African penguins and water tigers -- all in the same facility. What impressed me most about this section was the Water Trek. After putting on your oxygen mask, you dive into a pool which contains tropical fish, swim among hundreds of them and feed them under the supervision of trainers. There is a sunken ship and coral reefs deep in the pool. From this pool, you can observe the sharks and stingrays in the pool up close as if they are right next to you. You should absolutely try the 20-minute diving tour.

While the number of tourists visiting Turkey is on the decline, I think this unique park will make significant contributions to the tourism sector. It is a unique venture for Europe and the Middle East.. I congratulate Rixos Hotels Group Chairman Fettah Tamince and all those who contributed to the project You should absolutely visit The Land of Legends if you visit Antalya after July 1. You can use the aqua park even if you are not a guest at the hotel. Do not deny this unique experience to your children or yourself.