Discover the pearls of the Aegean 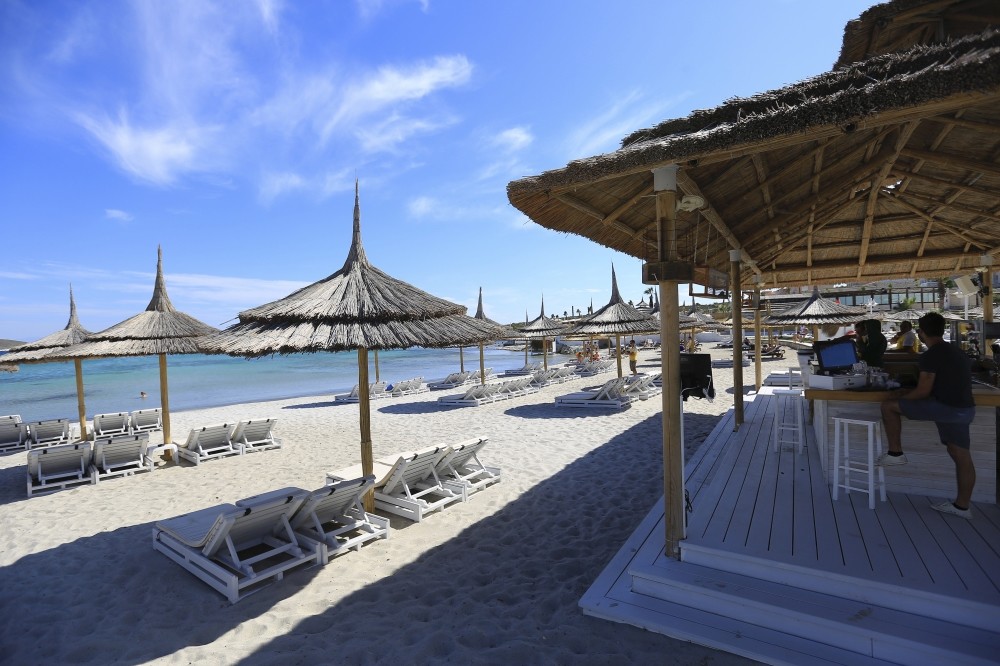 Alaçatı and Çeşme are no doubt pearls of the Aegean Sea. This week, I would like to tell you about my favorite hotels, restaurants and beach clubs in these cities.

I would recommend you to explore the hotel named Lilamor in Alaçatı. It has been offering services to very special customers since 2012. A very cozy and exotic hotel built out of the stones of old Greek houses. The owner of the hotel, Ali Alp, and his lovely wife Günnur Alp run the business around the clock. They welcome you to make yourself at home. Most of the treats in the cuisine is the recipe of Günnur Alp. When I first stepped in the hotel, I ate hot apple pie topped with lavender. And then, I had a look at that cute kitchen in the garden where there are homemade jams and many pastries. 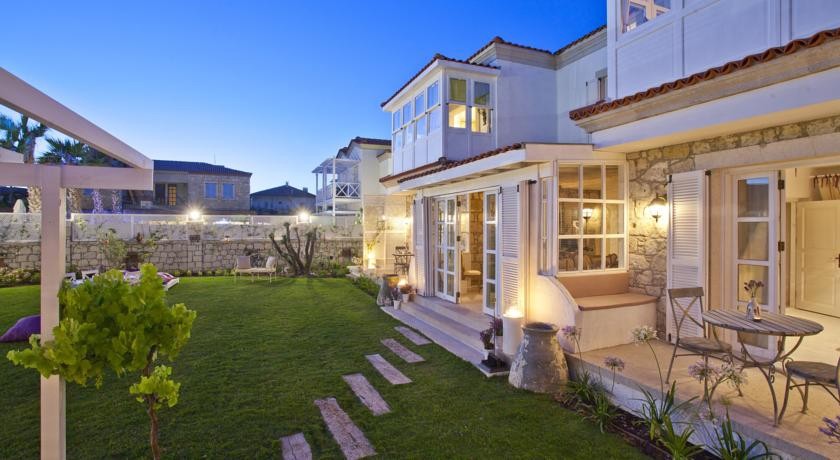 The hotel has eight rooms, each of which is named after lavender plants. Blue, white and purple colors dominate the hotel. There is an open kitchen and resting places at the back yard. Just because the hotel is built out of natural stones, it is cool and spacious everywhere. I especially loved the room called Violet, which I stayed in. It is quite romantic with a sofa in front of the window, high ceiling, pink pillows and the fireplace. There's also a small balcony in the room. And I also suggest you pay attention to the custom-designed mirror and bathrobes with embroidery on the collars in the bathroom. Everything was featured meticulously at this boutique hotel.

The hotel offers breakfast only but it is quite rich. Highly preferable by holidays makers willing to spend a holiday away from music noise and crowd. Besides, it is possible to witness those who propose or celebrate wedding anniversary in the hotel's garden. I celebrate Ali Alp and Günnur Alp as they created a venue as warm as a home.

Now that I am in Alaçatı, I would recommend you two beach clubs where you can drip by and visit in Çeşme. First one is Zio Beach, one of the places where the celebrities in Turkey like the most. Kıvanç Tatlıtuğ, Acun Ilıcalı, Serdar Ortaç, Ali Ağaoğlu and Bergüzar Korel are the frequent visitors of Zio Beach. The place is owned by Fatih and Atilla Alkan. And Göksel Özbek runs the business. Quite an experienced figure. We met at Zio Beach Club with Nuri Dal, the manager of Öküz bar chain in the same group. I was informed by both Göksel Özbek and Nuri Dal about Zio Beach Club. Operating since 2014, the place is quite luxurious and well-maintained. The sea is ideally shallow for sea lovers. Rather clean and warmer compared to other bays. There are two lodge areas by the sea side. Equipped with its own Jacuzzi, dressing room, bathroom and sun bathing terrace, this VIP areas are quite comfortable. You are attended by a private waiter at the door of your lodge. Zio beach has no limits in service in terms of comfort. Even the massage service is offered in the huts they set up on sea.

Zio Beach is ambitious about food, as well. They have a nice restaurant supervised by chefs who previously ran Papermoon. The decoration coloured in white and blue tones made me feel at an Italian restaurant at the coast of Amalfi. There is a globe shaped statue right in the centre of the restaurant which offers a Mediterranean ambiance. Orange Buratta and Lobster Spaghetti is quite delicious. Likewise, Zio Nite Culinary Bar in the same group is the venue for dinners as it name suggests. The place in Alaçatı turns into a club venue after dinner. The food of restaurant led by Murat Başaran, one of the former chefs of Tom's Kitchen, is rather assertive. Especially you should try crab meatball! Adorned with olive trees, the place is mentioned most often thanks to its famous DJs and the singers it welcomes from abroad. Explore Zio Beach Club and Zio Nite Culinary Bar at the earliest opportunity. Likewise, I would recommend you to visit the Öküz Bar managed by Nuri Dal should you get around the Çeşme Marina where you can enjoy relaxing by the sea and breathe in the salty air.

Another beach club I would recommend in Çeşme is the Fly Inn. Situated on the shores of a bay, it is utterly beautiful. The venue which is managed by Hakan Dalokay stands out with different brands offered inside and a new restaurant called Bej in Karaköy, a coffee shop owned by the Federal Coffee Company in Galata. There is also an eye-catching sushi restaurant called Sushi Moto in Armutlu right in the middle of the venue. I think the venue under the responsibility of Kadir Kuroğlu is best located at the beach club. Sushi is served at the bar right under the plane which lends its names to the venue. This old plane is so much identified with the venue that some of the cocktails of the venue is named after old plane titles. I liked Sushi Moto the best among the food courts. Sake Tonic drinks were unbelievable. Visit the venue famous for its happy-hour parties in the late afternoon, on the first occasion. As for the food, the scallops were fabulous. I learned from Hakan Dalokay that the beach club is named after Mustafa Koç. Mr.Dalokay is not only an accomplished businessman but also a great architect. A lover of Izmir who set his heart on tourism, Dalokay made a great effort in the Fly Inn Beach Club's celebration of its 3rd anniversary. His son, Vedat Dalokay, is a manager as well and his father's right-hand man.

If you took a good rest at the beach clubs, I recommend the downtown seafood restaurant in Alaçatı: Ferdi Baba. This franchise has restaurants at the Çeşme Marina as well and is a legendary family-owned restaurant that was first founded 30 years ago by Ferdi Kabak at Hagia Yorgi Bay. Çeşme Marina location opened in 2010 and the branch in Alaçatı opened in 2014. Quite warm and cosy. It was founded in the garden of a house, the historical features of which have not been destroyed. The venue managed by Mert Mert is famous for its starters. You can choose from a wide variety of appetizers including fish, sausage or octopus in wine sauce which are magnificent. I would recommend profiterole with ice cream as a dessert. The venue also has a fairly rich wine cellar. Booking is essential at Ferdi Baba where the chef Ersin Yalçın works wonderful.