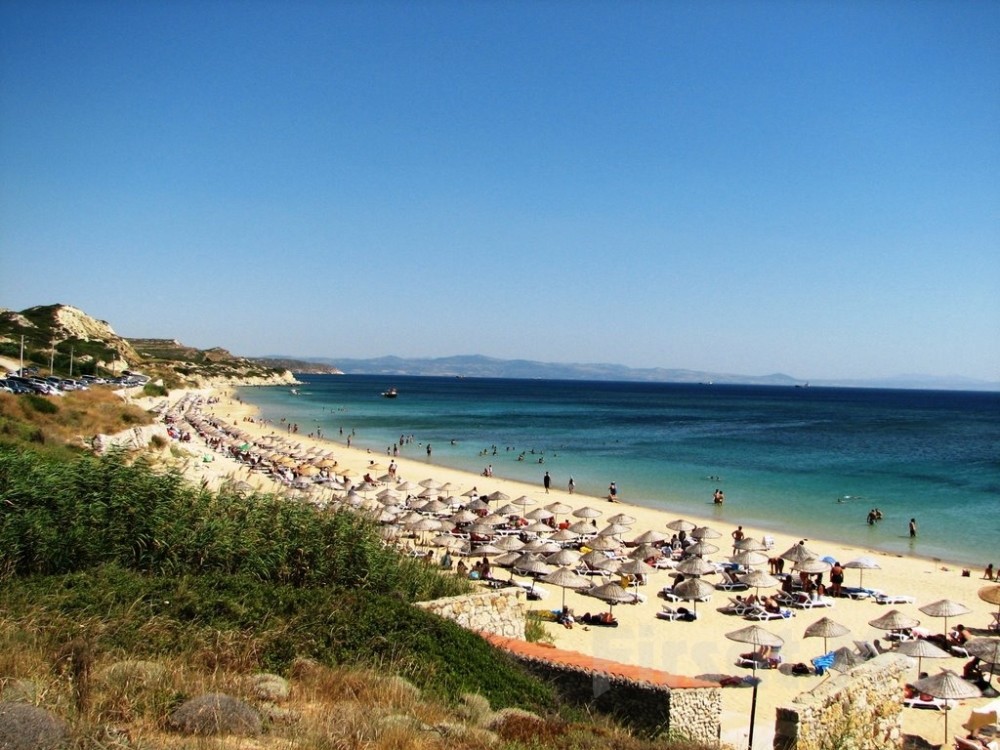 Known as Tenedos in antiquity, Bozcaada is a relatively lesser-known island in Turkey where Turkish and Greek locals have lived for years in separate quarters. This lively island does not merely offer affordable travel options but has a lot of sights, nature and history to discover

Turkey's third-largest island, Bozcaada - Tenedos in Greek - has a preserved and colorful Greek atmosphere with enough attractions to lure big groups of tourists every summer. Connected to Çanakkale province in the west, the island has been home to Turkish and Greek populations for hundreds of years. Although the Greek population is very small today, the old stone houses and the island's local cuisine still keep the Greek lifestyle alive. 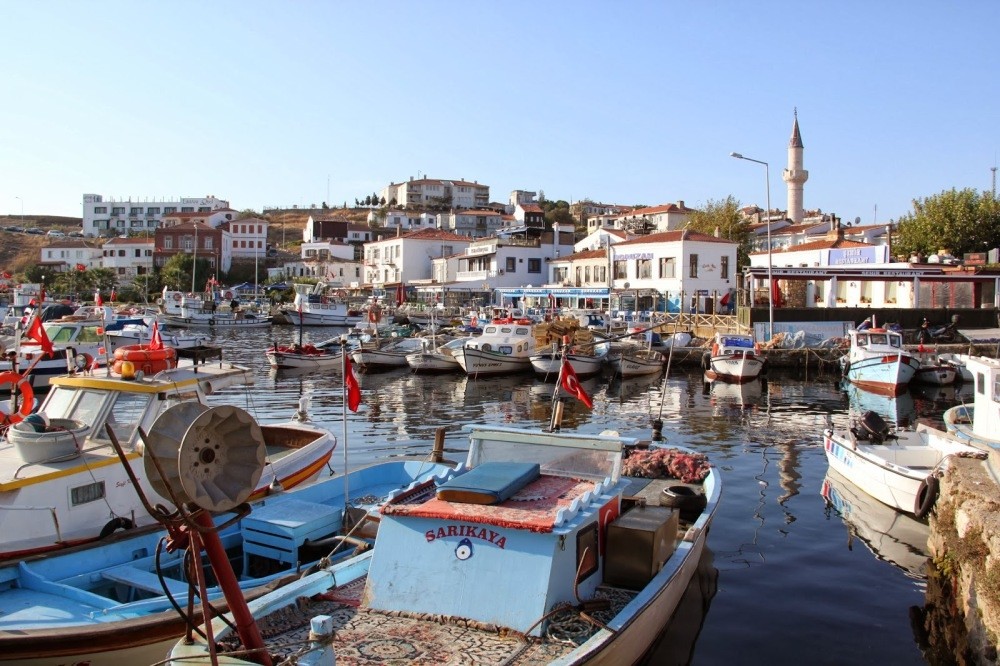 Due to its proximity to big cities like Istanbul, Bursa and Çanakkale, Bozcaada is a preferred holiday destination. The island draws a great deal of attention with daily boat tours taking visitors to secret coves as well as clean beaches, restaurants serving fresh marine food and mezes, parks, souvenir sellers, a street of Greek taverns, old Greek houses, the historic Bozcaada Museum, boutique hotels and vineyards.

During a Bozcaada trip, the best thing is to drive a different beach or cove each day, as while driving around the island, several swimming areas can be found, most of which are quite good to rest your head. During the summer, Ayazma Beach, Çayır Beach and Tuzburnu Beach are the most crowded, swarming with tourists. Ayazma Beach on the island's south coast is better organized compared to the others, and umbrellas and sun beds are available for rent. It is also the only beach in the island with near-by restaurants and cafes, ideal for families with small children. Çayır Beach on the north side gathers professional windsurfers and kite boarders each year as the island is known to have strong winds. 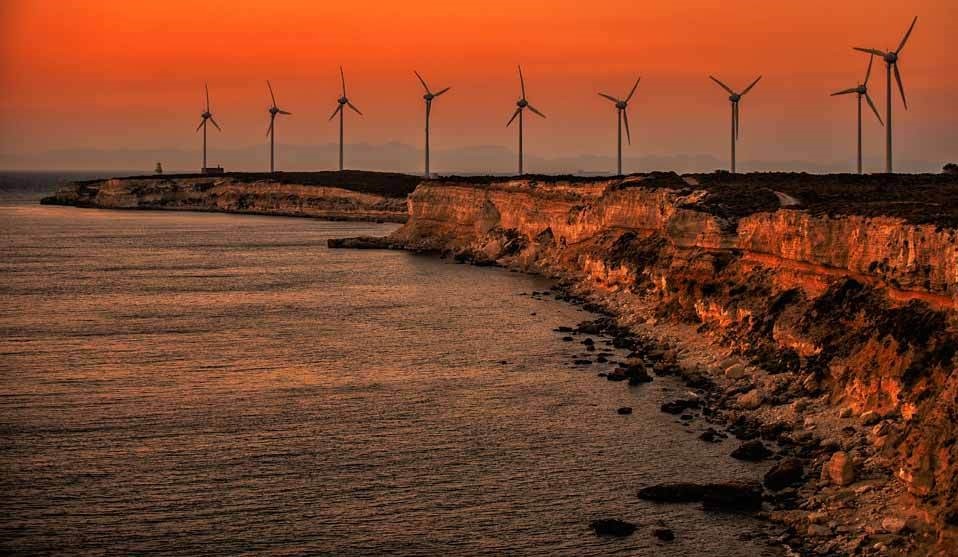 Make sure you spend at least one evening with a sunset tour in Bozcaada. The island's highest spot, Göztepe, swarms with those driving there to watch the sun set behind wind turbines. Many people arrive early to get the best spot, and start waiting for the sunset by putting their portable chairs at the edge of the hill facing the sea. The most joyful moments come when the sun begins to slowly set, going crimson in color, with everyone trying to capture the scenic view with their cellphones or cameras. Every day in summer, sunset tour buses take off for Göztepe from the island's main square at 6 p.m., offering tourists a chance to see the unique landscape for only TL 20 ($7). 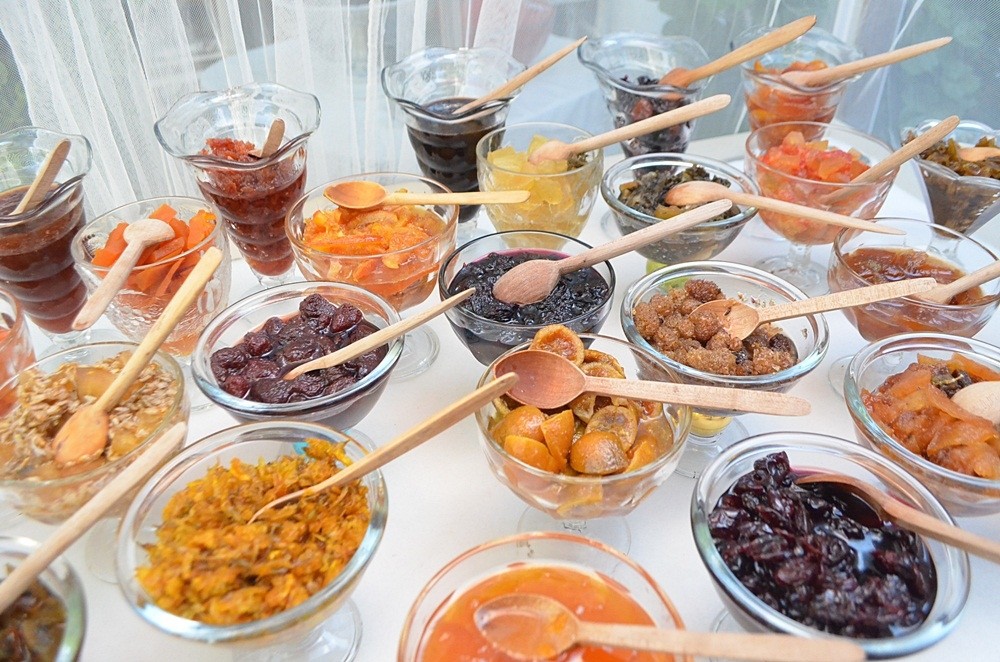 The island is mainly separated into two parts - Greek and Turkish neighborhoods, named after the groups that established that part. On one side, tourists can see a mosque with comparatively modern houses, while the Greek part is surrounded by narrow cobblestone streets with small white houses and a historic church. The main square near the harbor hosts local shops selling tasteful home-made jams, honey, souvenirs, jewelry and other local products. Do try tomato jam, a Greek taste unique to the island and almond cookies available at patisseries. A number of restaurants stand side by side along the coast, serving fresh fish accompanied by local tastes. Back in the main square, Çınaraltı Cafe is famous for its gum-mastic flavored Turkish coffee. Right behind the local shops, Çiçek Bakery serves the island's best ice cream and bread. For dinner and breakfast, head to Asudeada, a cute restaurant with a rich menu.

Another noteworthy spot to visit in the island is Bozcaada Museum, located in the island center. Postcards and letters written by foreign soldiers based in Bozcaada during World War I are on display at the museum, along with combat boots, water flasks, food boxes, cutlery and bullets used by soldiers during the Battle of Gallipoli in 1915. 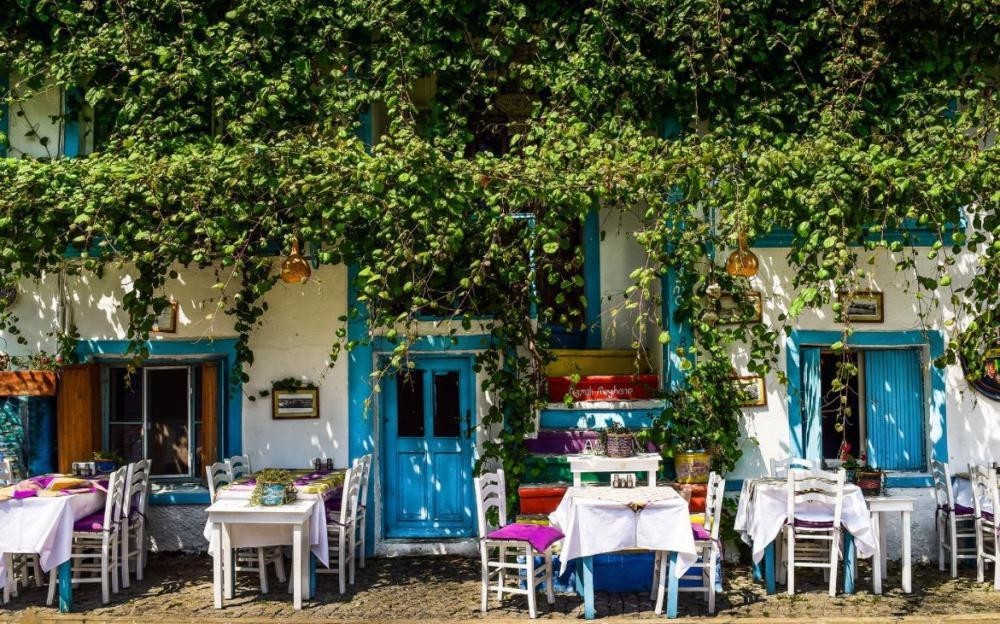 Featuring six exhibition areas on the ground and upper floors, the museum shows the photographs of the Greek families residing in Bozcaada, their belongings, old materials used in wine production, other belongings of the island's former locals from various professions such as shoemakers, grocers, blacksmiths, toy sellers, tailors, porter makers, sponge fishers, butchers, barkeepers, and seaman, along with old photos and tombstones. Aside from the belongings of Orthodox citizens used in their daily lives, the museum also exhibits over 15,000 photos, gravures, maps and objects about Bozcaada's history, as well as the works depicting the life stories of Turkish and Greek families. Red bricks with Greek and Turkish inscriptions used in the construction of old houses are also on display at the museum. A guide gives general information to visitors at each room of the museum. The museum can be visited from April to October between the hours of 10 a.m. and 8 p.m. Entrance is TL 10. Traditional products, silver jewelry, souvenirs, post cards and books are sold at the museum.
RELATED TOPICS