Discover the rhythm of Rhodes 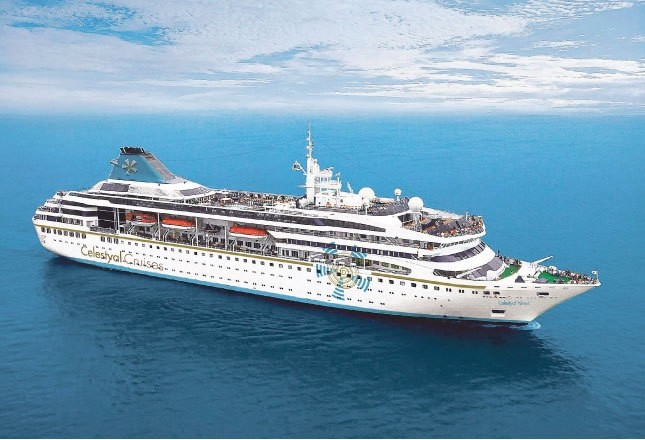 A blue pearl in the Aegean Sea, Rhodes Island is a close holiday destination for those who are interested in getting enough of sea, nature, coffee and good food along with joyful tavern nights that are unique to Greek culture

This week I would like to tell you about Rhodes Island, where you can spend an enjoyable and unforgettable end to your summer vacation. I discovered the island, which is full of flavor, history and natural beauty, during a social responsibility activity. I visited the Greek islands within the scope of the Unimpeded Vacation project organized by the Unimpeded Life Foundation (Engelsiz Yaşam Vakfı). I traveled on one of those big cruise boats we always see in movies during the activity organized under the collaboration of Celestyal Cruises and Karavan Cruises. Think of a huge boat with a swimming pool, restaurants, stores and many more social areas on it. Just like the Love Boat in the famous American series, the cabins are pretty luxurious and the food is precisely Mediterranean taste.

A fashion show also took place during the cruise tour sponsored by the Moonlight Textile Firm. T-shirts reading "No to Terrorism," "No to violence and abuse to Women and Children," and "No to Violence to Street Animals" were sold. The money made from the people who joined the cruise was spent for unimpeded children. I congratulate the Unimpeded Life Foundation President, Atilla Pak for this important project.

So, I discovered Rhodes, one of those beautiful islands of Greece during this tour and wrote about it for you. 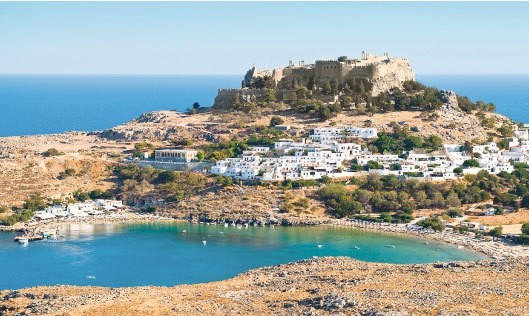 The most famous region of the island, which hosted the famous Rhodes Knights, is the part called the "Old Town." The Rhodes Fort, city walls, churches, mosques, souvenir shops, Greek restaurants and old coffee shops are in this area. Even the famous Turkish Coffeehouse is one of them and I think it is the best one. The Rhodes Fort, on the other hand, is perfect thanks to it's wonderful panoramic view for photography lovers. Inside is like traveling back in time. Armored costumes of Rhodes knights and valuable pieces from the treasures are exhibited. There are also many pieces left from the Ottoman times in Rhodes. Some of them include Sultan Suleiman Mosque, İbrahim Pasha Mosque and Ferit Pasha Library, which are still standing.

Regarding food, Alexis Tavern at the city center is one of the best places to enjoy with its original menu. Famous figures like Winston Churchill and Jackie Kennedy are also in the guest book, having visited the Alexis Restaurant, where a wide selection of fresh seafood is served. You must try "souvlaki," also known as Greek shish ke

bab. You must also definitely try the fava with caramelized orange sauce topping on it. Additionally, the Nikos Restaurant and Antik Restaurant located in the Old Town are other places that you should visit. As for cafes and pastry shops, you must try the places at the Hippocrates circle. The nightlife is also throbbing at this circle. Of the desserts, try the mastic-gum pudding and Greek baklava. Don't return to Turkey without buying mastic-gum jam. Although Greeks are famous with Ouzo, my suggestion to you is to try the local drink called Metaxa, if you haven't discovered it yet. It is a Greek flavor that has Brandi and various fruit juices and special aromas in it. It was first discovered in 1988 by Spyros Metaxas. Although it is only produced in Greece today, it used to also be produced in Istanbul and Odessa during the Ottoman Empire. It has mass production selection with three, five and seven starts. There are also several reserved productions with twelve stars. 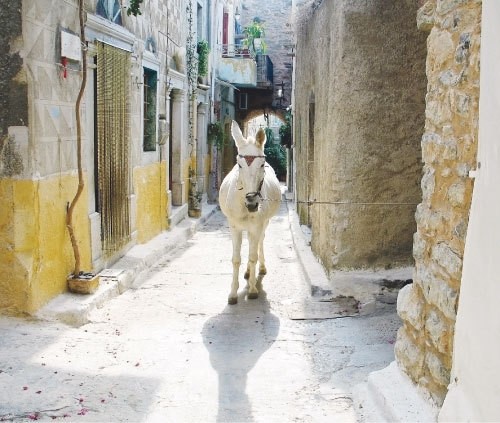 Rhodes, no doubt, is one of the most famous islands with its beaches among the Greek Islands. West of the island has longer, sandy beaches and calm waters. In the east, on the other hand, the beaches have pebbles and the winds are stro

ng, which causes the sea to have more waves. Diving centers at Rhodes Island are suitable for people with diving hobbies. My favorite coastal area is Lindos. Although it is far from the center, I especially like its market. It's pretty fun to take a tour on the mules and stroll in between the white houses. Panagias Church, with its extremely elegant bell tower, is located at the center of Lindos. At the very top of the village, on the other hand, is Lindos Akropolis. At the top of Akropolis is the Lindos Athena Temple. It is said that Alexander the Great, Helen of Troy and Heracles have visited the temple, which is among the most holy places of the antique world. Its beach, although not big, is pretty quiet and sandy. At Kalithea, the beaches, although nice, are pretty crowded. It's possible to reach Lindos within a half-an-hour drive, believe me it's worth it.

Since we stayed in the boat I didn't have a hotel experience. But, I had a chance to investigate. Spirit of the Knights Boutique Hotel is exactly an antique hotel concept. There

are Ottoman type sofas, engraved furniture and rooms with high ceilings. There is also a fountain pool in its garden. It's ideal for people who want to get a flavor of the old Rhodes. Another nice hotel, is the In Camera Art Boutique Hotel. This old time hotel is complete with mezzanine floor balconies, wooden beams and stairs, olive trees in its garden, oil paintings, floor mosaics and cobble stone pavement, which make you feel like you're in a Mediterranean Hotel. In short, Rhodes is an island worth discovering. Visit it at your first chance!