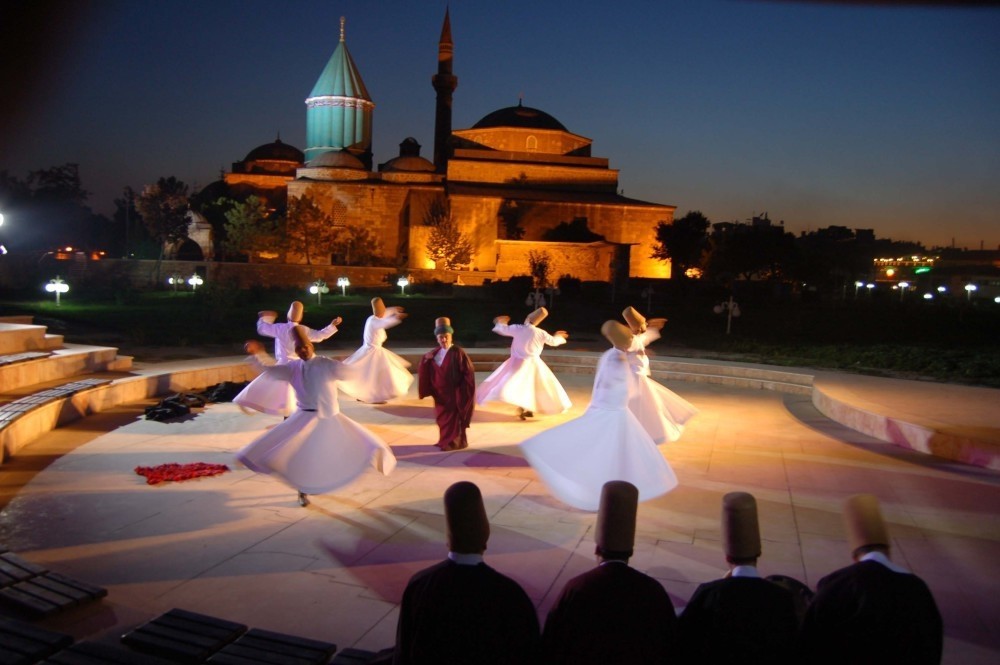 The Central Anatolian city of Konya attracts nearly 2 million tourists annually and is considered the birthplace of Islamic mysticism, with a history as deep as the spiritual doctrine of renowned Persian poet, Rumi.

Rumi established the Mawlavi order of Islam, also known as Islamic Sufism, in modern-day Konya, where he settled with his family after fleeing the Mongol invasion of Central Asia in the 1220s. His doctrine is centered around the core meaning of love and scores of books have been written by literary scholars about the Sufi poet whose doctrine is best embodied in the following poem:

"Come, come, whoever you are.

"Ours is not a caravan of despair.

"Come, even if you have broken your vows a thousand times.

The Sufi mystic is buried in a tomb in Konya, which is now a shrine and point of pilgrimage for millions of spiritualists and tourists alike every year. The Mevlana Museum located in the city is also a top spot among tourists - and one of the most visited museums in Turkey - second only to Topkapı Palace in Istanbul. Also known as the Green Dome or the Green Mausoleum, the museum is also the former residence of the Mawlavi Whirling Dervishes and the place where Rumi's tomb is located.

This modern-day museum was once an expansive rose garden given to Rumi's father by Seljuk Sultan Ala'addin Kayqubat. Today, Rumi lies in a tomb next to that of his father and both tombs were situated upright to signify the depth of their bond as father and son.There are many things to see at the Mevlana Museum, where you will undoubtedly also experience a wide range of emotions.

Even though this spiritual place is one of the few destinations around the city that you will feel the incredible energy that surrounds you immediately, we should all understand that it is not because of the museum itself, but because of Rumi's doctrine: "Do not seek our tombs on this earth, our tombs are in the hearts of the enlightened."

The spiritual rituals of Rumi's whirling dervishes can also be seen across the country at performances organized at locations across Turkey. Since 1983, nearly 2 million tourists have visited Konya annually, especially on Dec. 17, which is the date of "Şeb-i Arus" (or the "wedding night" in Persian) that symbolize the night of Rumi's death. Millions of tourists flock to Konya to experience Rumi's spiritual perspective on death and meeting his Creator.

Even though a thousand words would still not be enough to describe the Persian poet, a visit to Konya might do the trick.

Among the civilizations that left traces on Anatolia, the Seljuk era is well-known for its architecture, madrasah (schools), caravanserais and mosques. Konya is where you can witness this. Completely different from Ottoman and modern Turkish Republican architecture, Seljuk architecture is prominent for its elegantly simple design and harmonious proportions. The monuments and remnants from the Seljuks in Konya are mainly influenced by Persians, Byzantines and Armenians.

And the delightful food. Almost every city in Turkey has its own popular dish. Konya has one, as well. "Etli ekmek" (bread with meat) is a mouth-watering dish made in Konya and it is a must to taste for visitors. It is a pizza-like dish, but it tastes very different from pizza. A thin layer of bread with some spicy lamb on the bread creates a delicious taste for visitors.
RELATED TOPICS