City of Pergamon, once the biggest metropolis, awaits history lovers 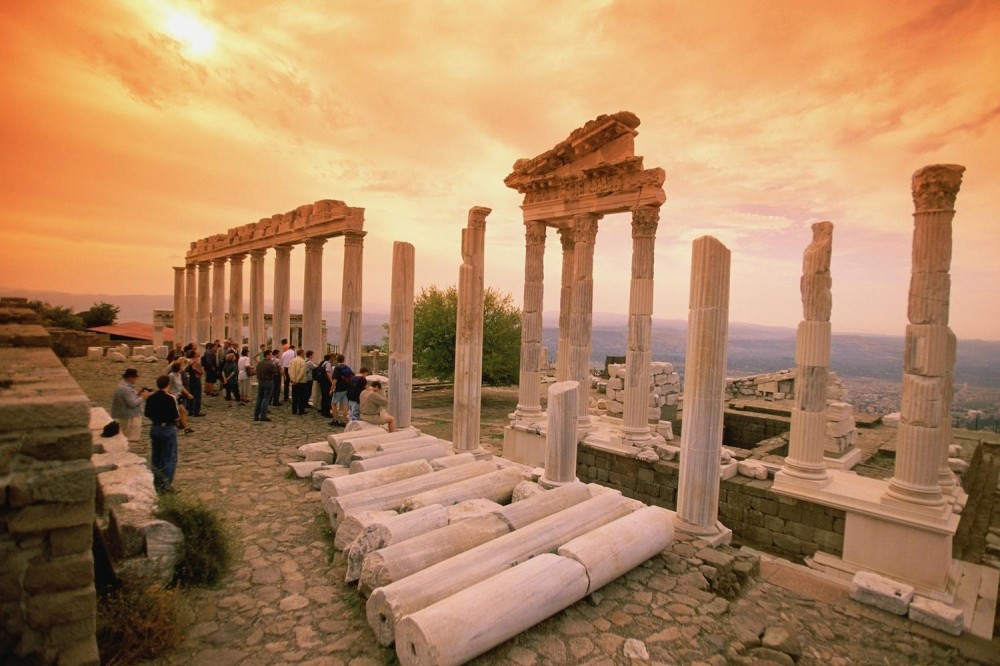 Pergamon in the western city of İzmir once had the tallest ancient theater and the second largest library in the ancient world as well as the first hospital, and is definitely worth a visit to discover these ancient civilizations

Home to dozens of civilizations, Turkey is among the must-see places for those who would like to discover the traces of ancient civilizations. Western Turkey is home to many holiday destinations and was once the cradle of Greek and Roman civilizations. The city of Bergama - known also by its ancient name Pergamon - draws many local and international tourists who come to see living proof of the ancient Romans, Seljuks and Ottomans who once lived on these lands.

My visit to Bergama was an unplanned one as we stopped the car while passing by Bergama. The town's entrance was not as I expected. I have no idea why I imagined even the entrance of Bergama would make me feel as I had been in an ancient city but it didn't. 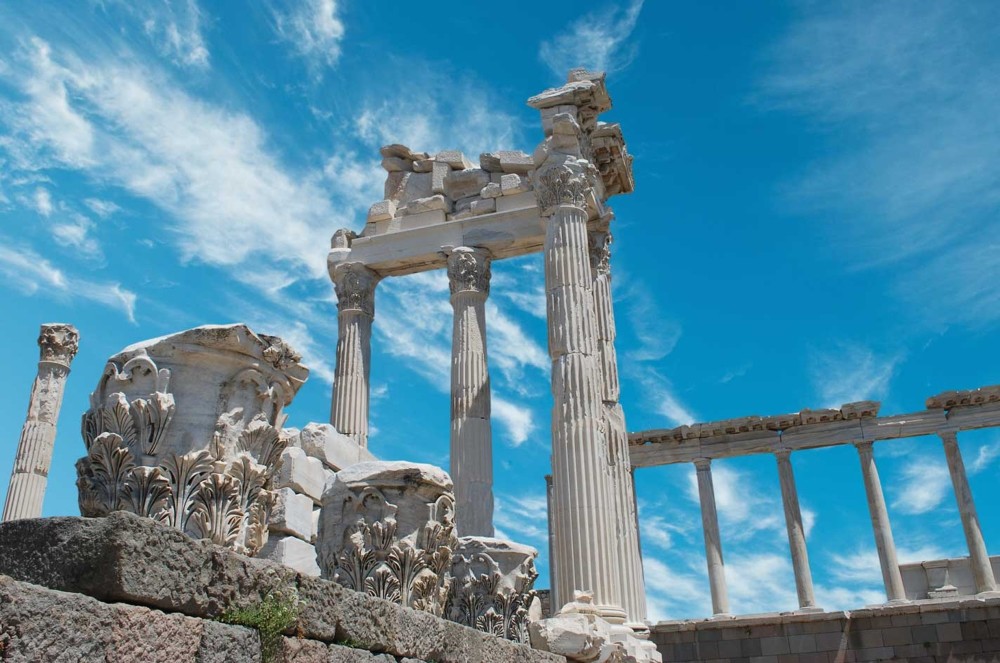 A huge shopping mall called Olympos and Park Bergama dotted with poorly made, dilapidated homes welcome you at the entrance of Bergama. What you should do is open up your phone's navigation and search for the closest ancient site to find what you expect from Bergama. The nearest ancient site to the entrance is the Temple of Serapis, which is one of the biggest ancient artifacts of Old Bergama. Scores of temples and busts belonging to Serapis can be found on Anatolian lands. In Bergama, the temple of Serapis is called "Kızıl Avlu" (red yard) since the temple's remnants are just like red bricks today. So, when you open up your navigation, it is better to search for Kızıl Avlu instead of Serapis Temple.

After leaving Serapis Temple, the next stop is Acropolis, which is the peak of Bergama. Since it is an ancient site, you must pay TL 10 to TL 20 to enter. I suggest that you buy a "museum card" to enter the site if you plan to visit other museums in Turkey. With the card, you can visit nearly any museum in Turkey. Acropolis is located at the peak of Bergama, so a cable car has been built to easily reach the Acropolis. Using the cable, we arrived in Acropolis. The ancient site is divided into two regions: One is upper Acropolis and lower Acropolis. The division shows us the hierarchy in those times as noble ones lived in the upper Acropolis while the public lived in lower Acropolis.

The notable structures of Acropolis include a huge theater that has 10,000-capacity seating. The theater had the steepest bleachers of any known theater in the ancient world. It was built on the edge of a cliff. The Heroon, a shrine where the kings of Pergamon were worshipped, the Library of Pergamum, the Temple of Dionysus, the Sanctuary of Athena and Trojan are among other ancient remains you will see in Upper Acropolis. The library in Acropolis was the second best of Ancient Greek civilization.

In Lower Acropolis you will find a three-level gymnasium, the Temple of Demeter and the House of Attalus.

Pergamon Altar, a monumental construction built during the reign of Greek King Eumenes II in second century B.C., has mesmerizing remnants that were transferred to Berlin, Germany in the 1870s by Carl Humann and are believed to have been transferred without the approval of the Ottoman Empire. Today, the remnants are on display at the Pergamon Museum in Berlin.

Another ancient artifact that is sure to grab your attention in Bergama is Asklepion, a famous ancient medical center in the region. Known as the world's first psychiatric hospital, the waters here are believed to have been used to provide sacred treatments including psychotherapy, massage, herbal remedies, mud and bathing treatments. These waters were revered for their radioactive properties. Today, Asklepion is not considered a medical center but rather a huge spa facility.

How to get there: Those coming from another city than İzmir should land at Adnan Menderes Airport and go to the city center either via bus or metro. From the city center, take the bus from İzmir to Bergama which will take you near the middle of town. It is important to remember that Akropolis is at a high elevation so it is recommended that you take a taxi or a cable car instead of trying to walk.