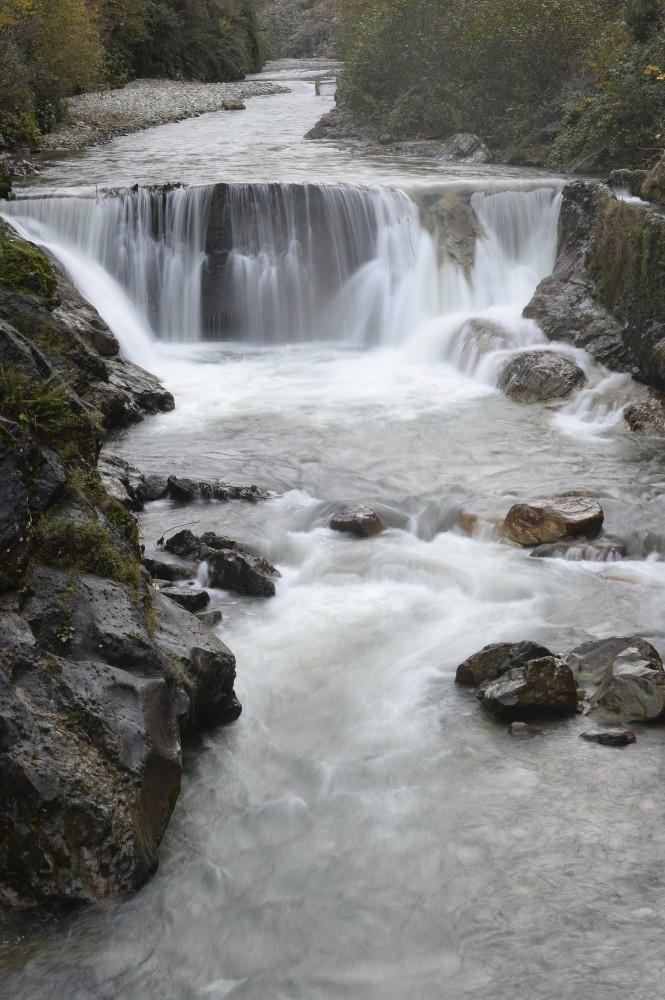 Managed by Turkey's Ministry of Forestry and Water Affairs, the "Yedi Değirmenler" (Seven Mills) Natural Park in Giresun attracts visitors from all over Turkey and abroad. With a blend of nature and culture tourism, the park is home to seven 250-year-old active corn mills, besides rivers, waterfalls, magnificent trees, caves and sink-holes.

The waterfalls and rivers that run though the mills offer a peak into the regions historical beauty, since they were built by the local corn growers more than two centuries ago. On the other hand, the greenery, majestic pear trees, sink-holes and caves invite adventure-seekers for a nature tour. 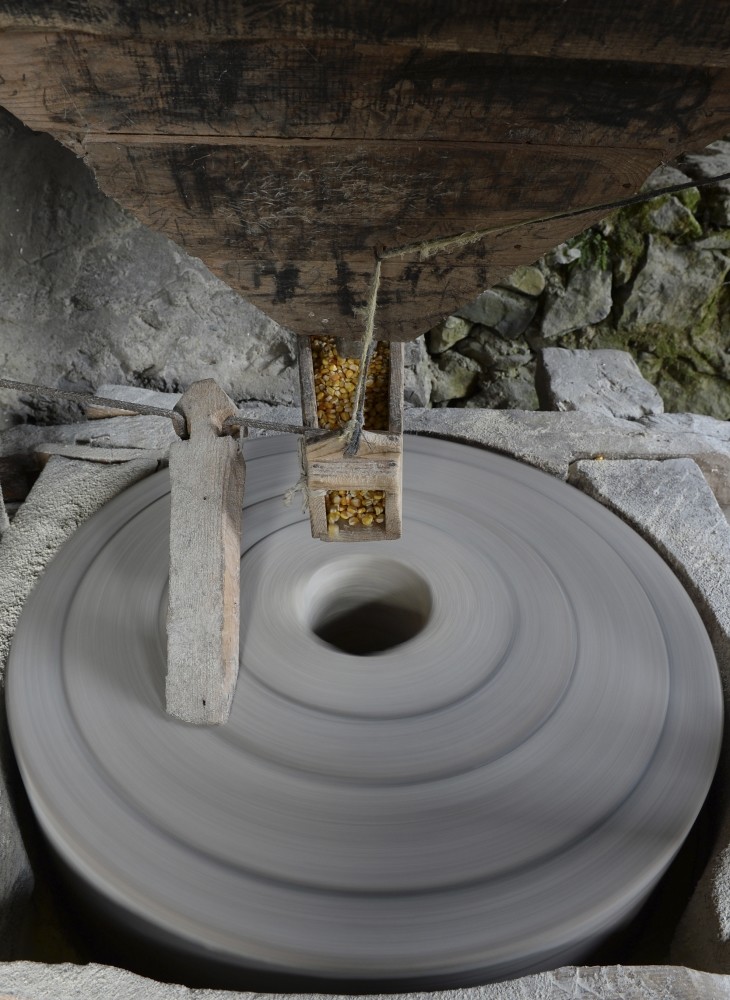 The waterfalls and rivers that run though the mills offer a peek into the region's historical beauty, since they were built by the local corn growers more than two centuries ago. The river stream that keeps the mills alive originates from a spring, and then activates a total of seven 250-year-old mills.

The head of Ministry of Forestry and Water Affairs in Giresun, Ertan Kuduban, told Anadolu Agency (AA) the "Çay" stream that keeps the mills alive originates from a spring, which reaches the surface behind a rock known as "Akkaya." It then activates a total of seven 250-year-old mills.

Moreover, there are five waterfalls and three arched bridges in the area where the mills are located, along with some 350-year-old pear trees and 33 still-forming and three fully formed sink-holes in the natural park.

The water level at the park's waterfalls remains high in April, May and June while it decreases in August and September. Although the place where the underground water source surfaces is generally open to visitors, it is forbidden to enter the cave during spring, when the water levels are very high. The park is very rich in terms of the number of caves it has and the visitors are able to observe many other caves.

The mills in the park are still operated by the villagers with six of them used more frequently. Despite the fact the other mill was restored by the officials.

Grinding crops in the mills is part of regular activities for the people in the region, including Gelavera Valley, Özlüce, Karadoğa and Karadona.

"The Chepni culture is very dominant in these regions. Giresun is one of the provinces where a lot of corn is grown. The locals use corn to make flour, bread and animal feed," said Kuduban.

The Yedi Değirmenler Natural Park is located at an altitude of 900 meters from the sea level and the park is covered in snow towards the first and last part of February. However, the road to the park is open for traffic almost throughout the year.

"People are now more interested in nature and natural parks and Yedi Değirmenler is currently one Turkey's most prominent parks," Kuduban said.

Provincial Culture and Tourism Director of Giresun, Kemal Gürgenci claimed that the park will be Giresun's biggest tourist attraction soon.

Stressing on the importance of the mills which are still active, Gürgenci said, "Most importantly the mills and grinding culture are still alive in the region. This creates a bridge between the past and present while answering the needs of the locals as well. The Yedi Değirmenler Natural Park is a living cultural and touristic treasure. These unique features make it even more appealing. Seven 250-year-old mills in a single line are not something that you can see everywhere."
RELATED TOPICS