Erzurum: The pearl of eastern Turkey

Located in eastern Anatolia, Erzurum is a haven for winter-enthusiasts, with its mountains covered in thick snow throughout the season, as well as historical buildings inherited from various civilizations and rich cuisine featuring delicious dairy products, meat and sweets

One of the most historical cities to have hosted many ancient civilizations, Erzurum, is situated on the Silk Road as a city that has been a residential area for centuries. Yet today, it is a favorite getaway for local and foreign tourists, especially in the winter season. Occupying an important place in the history of the Republic of Turkey as a city where critical decisions were made prior to the Turkish War of Independence, Erzurum is the pearl of eastern Turkey.

The most preferred location in the city, the district of Palandöken, with all its majesty, is very popular for its sports facilities; particularly seen during the University Games in 2011 held here, successfully hosting a number of foreign athletes. . Palandöken impresses everyone with its nature, as well as its international standards. Endemic plants nearby waterfalls and lakes attract the attention of visitors even in winter. Holding the title for having the longest ski track in Turkey, Palandöken offers local and foreign tourists a true skiing experience. The summit of the 3,000-meter-high mountain bears the name of Büyük Ejder (The Great Dragon). The most assertive ski hotel in the region is the Polat Resort located 7 kilometers from the Erzurum train station and 20 minutes from the airport.

You can also experience rafting, apart from skiing, if you wait until the spring months. Rafting on the Çoruh River is quite sensational. The course guided by professional instructors is rather long and challenging. Speaking of water sports, you can visit the Tortum Lake and the Tortum Falls once you are in the region. One of the most outstanding waterfalls in Turkey, Tortum Falls stands 50 meters tall, to be exact. It is absolutely a wonder of nature! 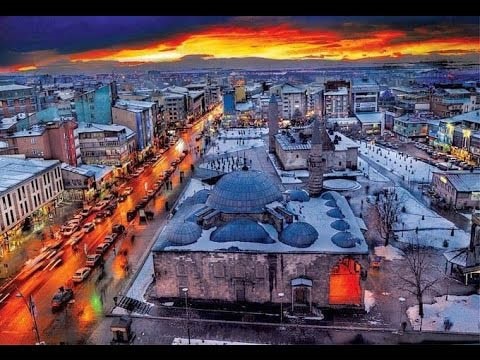 The historical places of the city are too numerous to count. Erzurum can be referred to as the city of mosques and madrasas. The historical mosques in Erzurum were built in the period of the Saltukids, the Ilkhanates of the Mongol Empire and the Ottomans. The building I admire most is the Erzurum Grand Mosque. Apart from that, Erzurum Castle, Yakutiye Madrasa and Rüstempasa Caravanserai are some of the best sightseeing locations. The Clock Tower is situated at the highest point of the city center. With its architectural features, it is the oldest Seljuk minaret. Historical Erzurum homes are some of the special places that witnessed the recent history of the city. The neighborhood of these historical homes are just like a paradise for those who fancy taking photos. Erzurum Bastions are the military structures built to defend Erzurum against the enemy in Ottoman-Russian war between 1877 and 1878. In archaeological terms, Alaca Höyük is a spectacular excavation site which should be visited. 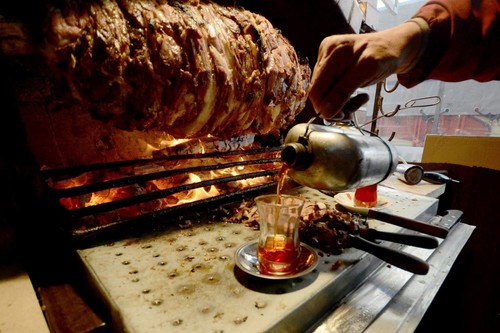 As for the food of Erzurum, we again come across a rich Anatolian cuisine. Curd cheese and sheep cheese, consumed at breakfast and after almost every meal even a little, is very famous in the region. In addition to known Turkish cuisine, Ayran Meal (Yayla Soup), herle meal, kesme soup and paça soup are some of the famous foods specific to central Erzurum and villages. Cağ kebab, which became one of the symbols of the city, is another popular taste. It is made by slicing the beef cooked in wood fire horizontally and spitting the pieces on a skewer. Kuymak, butter cheese halva, curd stuffing and stir fried lamb's ear are some of other outstanding tastes. As for the desserts, the "kadayıf" stuffing is absolutely fantastic. And "burma" dessert is another well-known taste.

I recommend that you have cağ kebab at Gel Gör Kebab House. Sprinkle some sweet basil over the beef to achieve an even more delicious flavor. As for the desserts, my venue recommendation would be the Muammer Usta's place. You should definitely have kadayıf stuffing here. Likewise, many houses in the region where Erzurum homes are located have been translated to cafes and souvenir shops. Once you have your lunch, you can enjoy your coffee at these cafes. Similarly, the coffee houses on the streets can also give you nostalgic moments. There is a chance that you might even come across concerts in this region on some nights, where local music is played. No matter which season you choose to go, please remember to check out the festival schedule of the city before you go. Do not miss the snow volleyball if you are to make a plan for February.