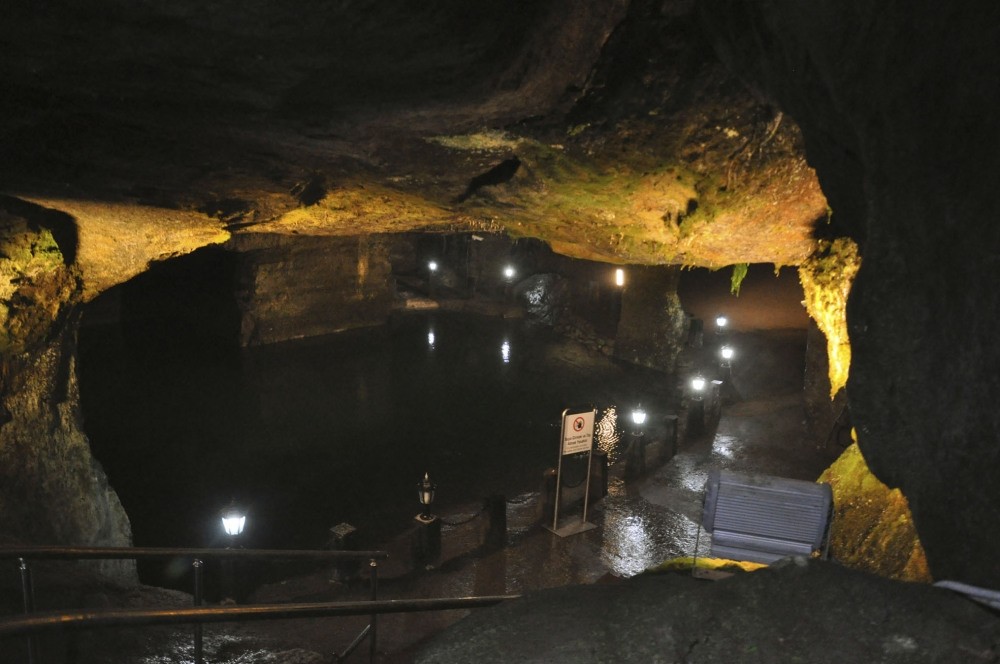 by Anadolu Agency Jan 25, 2017 12:00 am
Cehennemağzı Mağaraları (Hell's Mouth Caves) in Zonguldak's Ereğli district, fabled to have been used by Greek hero Hercules in his journey to the underworld, has become a great attraction since it opened its doors in 2001 for local and foreign tourists alike.

With its place in myths and being used as a secret sanctuary in the Roman times, the Hell's Mouth Caves is very popular amongst tourists visiting the region.

According to mythology, Hercules, who represented man's invincible endurance and force against nature, arrived in Ereğli with sailors who were on a quest for a legendary golden post in order to complete the last of the 12 labors assigned by Argolis King Eurystheus.

Hercules then descends to the "Land of the Dead" through the Hell's Mouth Cave to abduct the god of the underworld, Hades' three-headed and snake tailed hound, Cerberus.

After completing the tasks Hercules escapes with the help of the Olympian gods, Hermes and Athena. However, because King Eurystheus is scared of Cerberus, Hercules takes him back to the underworld through the same caves.

Speaking to the Anadolu Agency, Director of Ereğli Museum, Ahmet Mercan noted that the caves drew tourists from different countries, because of its mention in Greek mythology, known all over the world.

Mercan noted that as the Ereğli Museum Directorate, they were in charge of all historical sites and artifacts in the province of Zonguldak, which has earned some TL 117,800 ($31,490) from local and foreign tourists visiting the caves.

The museum also showcases approximately 5,000 ancient coins, 1,012 stamps and stamp prints, and 1,540 archeological and 722 ethnographic works, adding up to a total of 8,283 historical artifacts. In 2015, the caves and the museum attracted 18,357 tourists who wanted to see artifacts dating back to some 2,400 B.C.
RELATED TOPICS