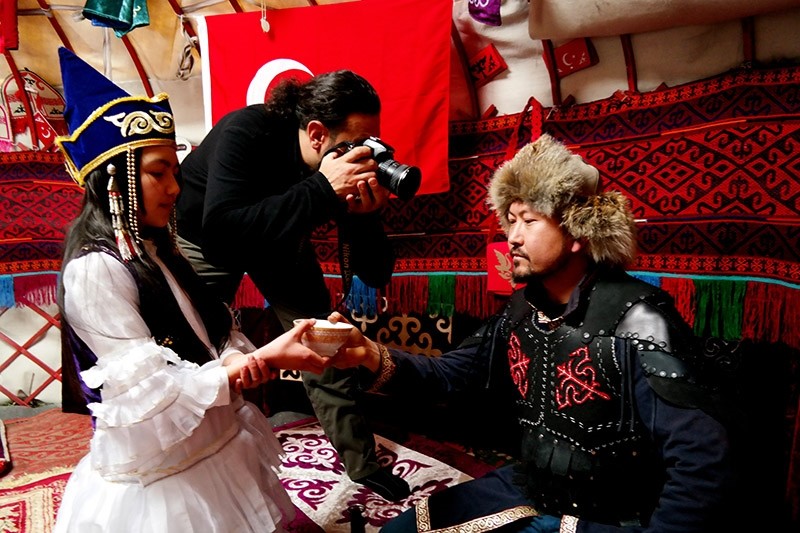 Kyrgyz-origin residents of Ulupamir village, located in Turkey's eastern Van province, are promoting their well-preserved semi-nomadic lifestyle through the tents which they are setting up in their village, drawing attention from both local and foreign tourists.

Following the Soviet invasion of Afghanistan in 1979 and the resulting years-long war, Kyrgyz people living on the Pamir Highlands were forced to leave their homeland. Subsequently, some of them were brought to Turkey and settled in the Ulupamir village of Van province.

Since then, Kyrgyz residents of Ulupamir have firmly maintained their traditions. Everything from their tent, their ornaments, to their traditional clothes have become an attraction for tourists. 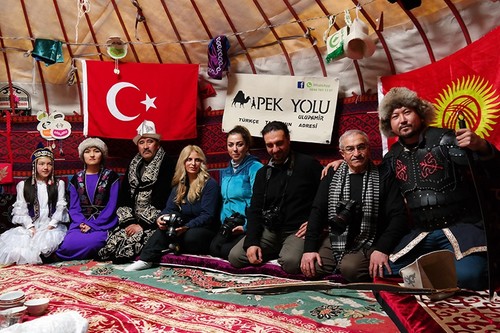 The TV series Diriliş Ertuğrul is centered on the life of Ertuğrul, the father of Osman I, who was the founder of the Ottoman Empire. Ertuğrul was the leader of the Kayı clan of the Oghuz Turks.

Ulupamir residents provide series, movies, and universities in Turkey with clothes, and other objects related to their culture.

Villagers explain that they produce and forward their handcrafts with the greatest dedication, and await more visitors to see their culture and experience their hospitality.

Each year, they organize a culture festival that features very colorful events such as traditional games like Gökbörü, folk dances, handicraft exhibitions, horse races and presentations of local dishes. The festival, organized by the Culture and Solidarity Association of Kyrgyz Turks, usually takes place in June and lasts for one day.