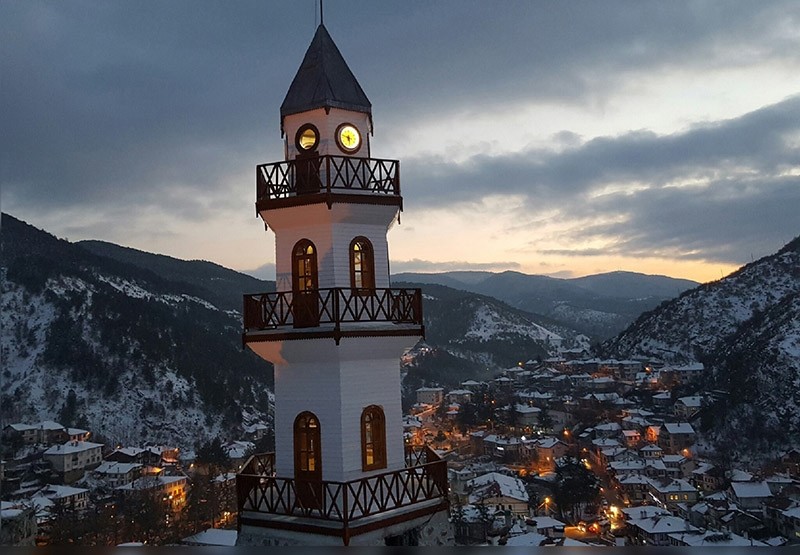 Having started as an attempt to preserve and publicize more livable towns and cities around the world, the Cittaslow movement continues to add more Turkish towns into its network, the latest of which are Göynük, Gerze and Eğirdir.

The three town are known for their rich historical and cultural characteristics, but in order to be considered a "slow city" they had to fulfill 70 criteria in categories such as environment, infrastructure, social cohesion, and urban quality of life. At a recent meeting held in the northeastern city of Artvin, these three towns were given their "Cittaslow" certificates. With the addition of Göynük, Gerze and Eğirdir, the number of cities that received the title of "Cittaslow city" in Turkey has increased to 14. 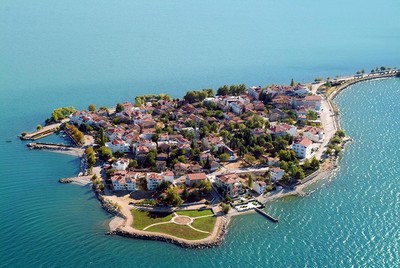 Located within the borders of Isparta, Eğirdir is a history and nature-rich district because of its various natural and historical characteristics and landmarks such as Lake Eğirdir, which changes color during the day in each season, the Alpine Commando Unit of the Turkish Armed Forces (TSK), Kasnak Oak, a rare sight in the world, Sığla Forests and the Apollon butterfly, which is only seen in Eğirdir.

Lake Eğirdir is suitable for many watersports such as water slides, underwater diving, and sailing as well as fishing. Trekking, mountaineering and paragliding are performed in the mountains surrounding Eğirdir.

At a distance of 1.5 kilometers from Eğirdir's city center, Yeşilada maintains its authentic character. It has stone-based wooden houses, narrow streets and small fishermen's shelters. Yeşilada, formerly known as Nis, has popular residential accommodation and fish restaurants. There is also the Aya Stefanos Church which is considered sacred to Christians on the island.

In the winter months, visitors at Davraz Ski Resort in Isparta can ski at the center overlooking Lake Eğirdir, which is Turkey's fourth largest lake.

Located at 2,635 meters at the peak of the Taurus Mountains, Davraz Ski Resort is currently experiencing the busiest period of the ski season. The resort, whose hotels have reached 100 percent occupancy rate over the semester break, is swarming with day trippers at this time of the season. At the center, where the snow thickness reaches 1.5 meters in the hotel region and 3 meters in the higher spots, ski lovers can ski at the peak of the center, where they reach with four mechanical facilities. Tourists who prefer the hotel region can enjoy the snow with their sledges.

The Göynük district of the province of Bolu, which has recently come to the fore as one of the leading tourism destinations in Turkey, is also known as an "Ottoman city" that has managed to preserve its architecture, natural beauty and traditions.

Gerze is the third district that has recently joined the Cittaslow network alongside Egirdir and Göynük. In Gerze, which has suitable natural conditions for alternative sports, Hacıselli village has become a favorite destination for paragliding lovers. The 400-meter-high Yelken hill leading up to Hacıselli is one of the most convenient places for paragliding in the Black Sea.

Located 15 kilometers from downtown Gerze, the Saklıköy waterfall is another paradise for nature lovers with its creek bed hidden in the slope of the Asar Hill. It is home to hundreds of plant species and butterflies. After driving from Gerze, it is possible to reach this hidden paradise with a 1.5 kilometer walk towards the creek bed to see the waterfall falling from a height of 20 meters.

Cittaslow is an international municipal association movement founded in 1999 in Italy. It aims to improve the quality of urban life as well as the overall well-being of urban-dwellers though cultural preservation and healthy lifestyle initiatives. "Slow cities" are known for their beautiful natural surroundings, organic foods and tranquil daily life.

To qualify for a Cittaslow certificate, each city must act per the philosophy of the movement, have a population of under 50,000, and complete an application file to be submitted to the Union.

The Cittaslow movement, which became widespread among Italian cities during its early years, now has 182 members in 28 countries.