Escape to Adana for a break from the biting winter cold 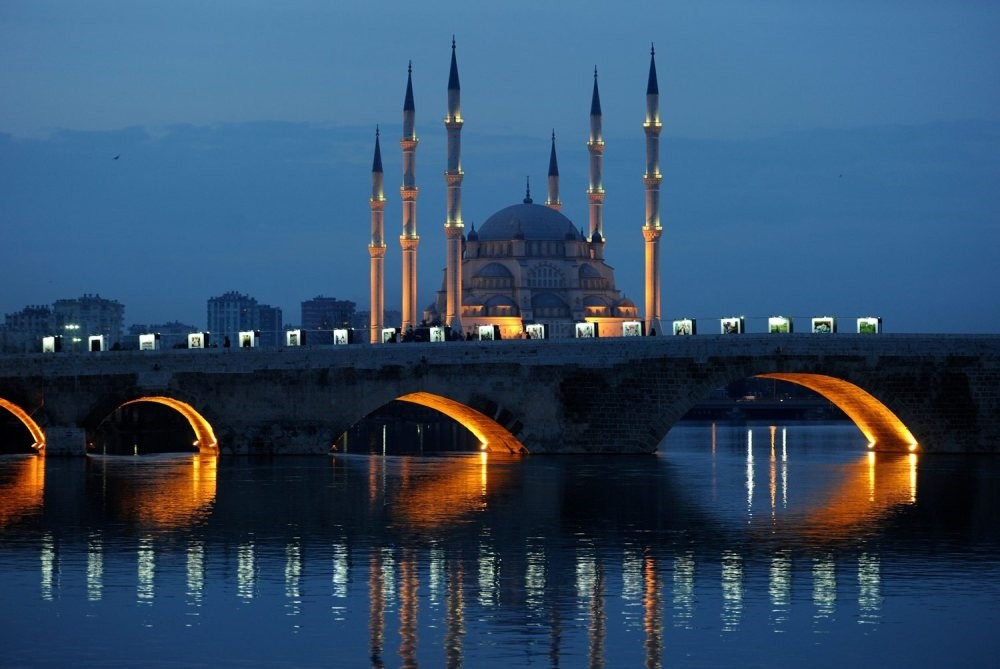 The historical Stone Bridge over the Seyhan River and the Sabancu0131 Central Mosque in the background.
by Gönül Aydemir Feb 18, 2017 12:00 am

To seal the day with an enjoyable dinner accompanied by a rich variety of mezes, topped off with a cup of charcoal-roasted coffee, head to the Mediterranean city of Adana, where meat dishes are turned into art, for a day trip, ending the week on a delightful note

Adana, located in the middle of the Cilician plain, now known as the Çukurova plain, in southern Turkey and along the Mediterranean coast, is the country's fifth largest city. Although one of the Turkish cities least known to tourists, with only a few sights to visit, Adana is one of the most convenient day-trip options for those seeking a short getaway or just passing by between cities.

Unlike most other cities, the airport in Adana is conveniently located five minutes from the city center. However, although there are shuttle buses from the airport to surrounding provinces, the service does not run into the city center. So you will need to take a cab, which should not cost more than TL 20 to TL 25, or a minibus.As it is warm throughout most of the year, it is one of the very few cities in Turkey that you can escape to for a little warmth and sunshine if you feel the rough winter weather in the country taking its toll on you. The temperature peaks in the summer, rising to well above 40 degrees Celsius in July and August, combined with intense humidity, making it unbearable for most. So much so that there are closed and air-conditioned booths at some bus stops. The best months to visit are April and May in spring and October and November in the fall. Since almost every street in the city center is lined with orange and lemon trees, the air is filled with the smell of oranges during the springtime. If you are there in April, make sure you attend the annual orange festival.

If you are in Adana in the early hours of the day, you have to try breakfast "Adana style." Renowned for its palatable meat dishes, a common breakfast in Adana consists of grilled liver served with an array of mezes. Ciğerci Bedo, which is usually busy after a certain time of the night through to daylight, and Birbiçer Kebab, are two of the most popular dining locations in the city.

Most of the touristic sights in the city are within close proximity to each other. So expect to walk throughout the day. However, you can choose to take a minibus between certain locations, but considering all the calories you are most likely going to consume during the course of the day, walking would probably be a good choice to help you overcome feeling of sluggishness.

Situated in the heart of the city, Merkez Parkı (Central Park) is one of the major attractions in Adana. Built in 2004 in the location previously used as a bus terminal and encompassing both sides of the Seyhan River, it was the biggest park of the region at the time it was built. 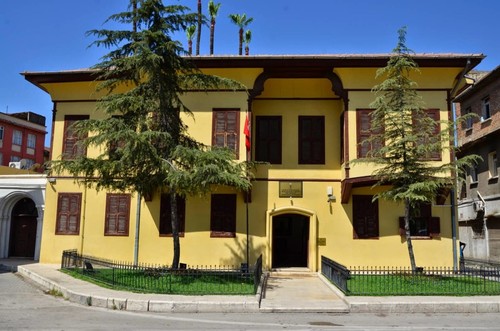 The spectacular six-minaret Sabancı Merkez Cami (Sabancı Central Mosque), the largest in Turkey and Europe, has the capacity to house 20,000 worshippers. Situated along the coast of Seyhan River and within Merkez Park, the mosque, bearing traces of classical Ottoman architecture, was first opened in 1998. Sherbet flows from the mosque's fountains during the month of Ramadan.

The 319-meter-long Taş Köprü (Stone Bridge) that connects the city's central Seyhan and Yüreğir districts over the Seyhan River is said to be built 1,700 years ago in the Roman era - there are also claims that some research indicate it was built much earlier, some 3,500 years ago, by the Hittites, making it the oldest operating bridge in the world. Closed off to traffic in recent years, the bridge offers amazing photo opportunities with the magnificent Sabancı Merkez Cami in the background.

A short walking distance from the bridge are the Adana cinema and Atatürk museums. The quaint cinema museum, filled with old posters and old cameras and costumes, offers visitors a nostalgic walk through the Yeşilçam (Green Pine) period of the Turkish cinema industry between the 1950 and 1970s.

Next door to the cinema museum is the Atatürk Museum located in the old Suphi Pasha Mansion, a heritage of the Ramazanoğulları Beylic. It is said that the Republic's founder Mustafa Kemal Atatürk would visit and stay at this mansion during his visits to Adana. Although the other accessories in the room he stayed have changed over time, the carpet is the same one Atatürk stepped foot on. Entry to both museums is free and staff are friendly.

Some of the other historical sights to see before leaving Adana would be the Big Clock Tower, whose construction was first started by acclaimed writer and poet Ziya Pasha - Adana governor during the Ottoman era. It is said that the 32-meter-tall clock tower, which contains a staircase inside, also extends 32 meters under the ground.

The historical Kazancılar Çarşısı (Boilermakers' Bazaar), located in the same area as the clock tower, houses some of the most popular restaurants. The Kazancılar Kebapçısı, which has a branch in Istanbul as well, along with Asmaaltı and Istanbul Kebap Salonu are some of the more popular venues you can dine at. However, you can also try one of the myriad little booth-like kebab shops found on every corner of the bazaar. Known best for its succulent meats, "bad meat" is very rare to find in Adana. So eat to your heart's content.