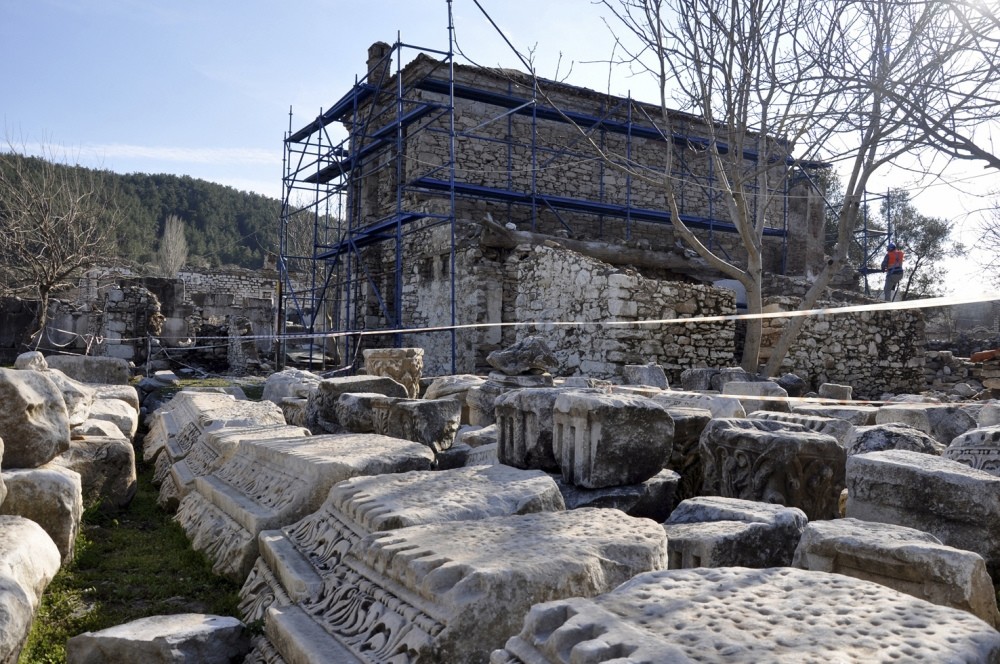 Located in the historically-rich area of the ancient city of Stratonikea in Muğla province, the ‘lady agha house' is undergoing a renovation project to enliven tourist interest in the house which is included in UNESCO's tentative World Heritage List

Known as the "hanımağa" (lady agha) house and included on the tentative UNESCO World Heritage List, "Bılla House" is set to become a tourist attraction after renovation. The building is located in the 3,500-year-old ancient city of Stratonikeia in the Eskihisar neighborhood of western province Muğla.

New historical artifacts and structures from the Hellenistic, Roman, Byzantine, beylik, Ottoman and Republic periods, some of which date back 3,000 years, have been brought to light in the ancient city of Stratonikeia. Excavations continue in the city where the 100-year-old historical building that was used as a "lady agha" house in the 19th century is expected to regain its former glory after renovation. The Department of Renovation of the General Directorate of Cultural Heritage and Museums has begun the restoration of Bılla House, which will be open to visitors once the process is finished. 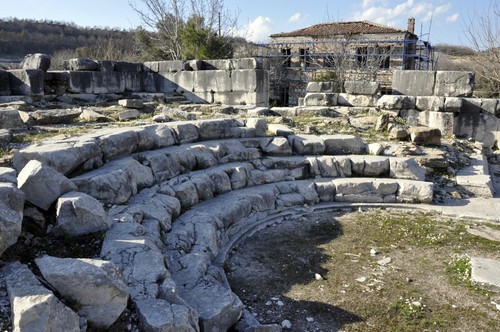 Speaking to Anadolu Agency, Professor Bilal Söğüt, the head of excavations in the ancient city of Stratonikeia, said that while the excavations are carried out, important structures are at the same time renewed for use as tourist attractions. Noting that some of these are agha houses, Söğüt added that Bılla House is one of the most prominent structures among them.

"The ancient city in which the house is located is a place where historical construction managed to survive up to today. We are now in one of the central parts of the city, which was used in the classical age and adjusted in the Hellenistic period," he said.

Söğüt said people would gather near the house for ceremonies and feasts. "On the walls near the house, there are the names and prices of products that were sold during the Roman period. You can see the calendar of the ancient city of Stratonikeia inside. Right behind it, there is a house that dates back to the Ottoman period. There is another house from the Republican period. I think it is easy to see why it is very important to us. This is where the Hellenistic, Ottoman and Republic periods are blended together," he said. 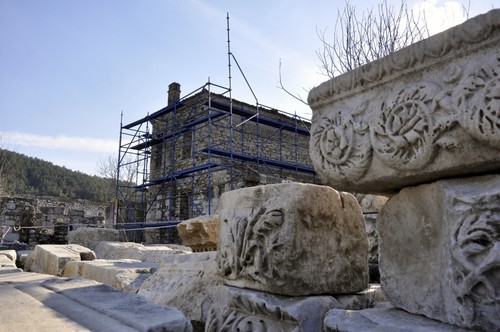 "We plan to finish the [renovation] process this year, and want this structure to be used as a tourist attraction. We have historical artifacts from the ancient period, a hamam from the period of beyliks, a mosque from the Ottoman period and a house from the Republic period together. We both renovate and use the houses here, which also enables people to see how the historical buildings and artifacts are protected and managed to survive till today," he said. Söğüt added that they try to keep all buildings in the ancient city of Stratonikeia alive with their stories and that Bılla House also has a story.

Söğüt said Bılla House, which was used as a "lady agha house" in the Republic period, is known for its famous pink walls. "Bılla means 'elder sister,' and to be an elder sister, one needed to be a hanım [lady] agha. The landlady is one of these 'bıllas.' This house is known for its pink color in this region. There used to be a two-story summer outdoor cinema behind this house during the time when the village was most populated. While ladies used to spend time on the roof of the house, residents used to watch movies downstairs," he said.

Söğüt said the landlady is still alive. "According to those who stayed in this house, people used to watch movies, drink soda water and eat sunflower seeds. With this information, we had the chance to learn that these were indispensable food and beverages of the period. What we do here is beyond renovation because we also keep alive their stories, which breathe life into these historical buildings," Söğüt said.

Söğüt added that a journey through time in the historical buildings of ancient Stratonikeia would also be possible through 3D technology. "We have already mapped many points of the city with 3D technology. Obviously, visitors enjoy it when they see the streets and old buildings from the Ottoman period in a 3D experience. They also perceive them more comprehensively. We are applying both 3D and engraving to the area where Bılla House is located. Visitors will soon have the chance to see this area in 3D," he said.
Last Update: Mar 23, 2017 1:21 am
RELATED TOPICS