Bilecik: Start exploring Turkey where it all began 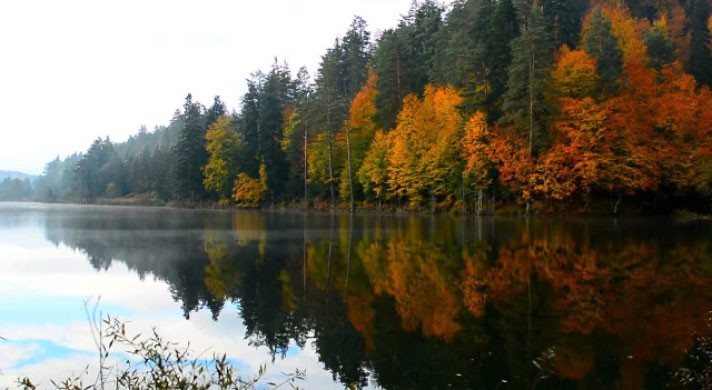 A cradle of civilizations, the first capital of the Ottoman Empire, Bilecik, has much to offer history buffs as a source of archaeology and ancient artifacts dating back to 3,000 B.C. The little-known mountainous Marmara province, heavily covered in trees, however, is also gradually starting to make a name for itself in eco-tourism, nature sports, camping

Generally a transit point between Istanbul, Bursa and Ankara, Bilecik, one of Turkey's smallest provinces, located in the country's Marmara region, goes unnoticed by most. So much so that an overwhelming majority of local nationals even have a hard time finding it on the map and call it "the east of the west." Don't be fooled by the handful of English content available online into thinking there is nothing to see or do in Bilecik, as the region, a cradle of civilizations, was inhabited as early as 3,000 B.C.

This quaint little province, situated amid mountains and known more so for its winding roads, is where Turkey's legendary history first started. The birth place of Osman Ghazi, the founder of the Ottoman Empire, Söğüt district, is also the first capital of the empire.

Legend has it that the birth of the great empire that would last six centuries was revealed to Osman Ghazi in a dream. It is said that Osman Ghazi, who would frequently visit Shaykh Edebali, a prominent religious figure – also considered the spiritual architect of the Ottoman Empire – saw a dream on one of the nights he slept over. In his dream, a moon came out of Shayk Edebali's bosom and entered his own bosom. Then, a massive tree grew out of his bosom, branching up to the sky, its roots surrounding the entire world and shade encompassing the whole of the earth. He sees people gathered under that tree. The dream is interpreted by Shaykh Edebali as the news of the foundation of a world empire.

In 1299, the city of Bilecik is taken over and the Ottoman Empire is founded by Osman Ghazi. Then onward, the city is increasingly developed under the Ottoman rule.

Although Bilecik has largely drawn visitors as the first fortress conquered by the empire, with Shaykh Edebali's mausoleum, mosques, memories from the Ottoman history through to Turkey's War of Independence, the quaint midwest province also has much to offer tourists with its myriad of natural treasures. With almost 50 percent of the province covered in trees, Bilecik is dotted with creeks, lakes, forests and mines. There is even a cycling route spanning Bilecik and the Beypazarı district of capital Ankara, rightly named, "The Green Route." Cycling through the villages, mountains and greenery along the route, is an excellent opportunity for tourists to explore the gorgeous villages and meet with locals. Accommodation is also available along the route for tourists who want to stay the night or longer to further explore the area. 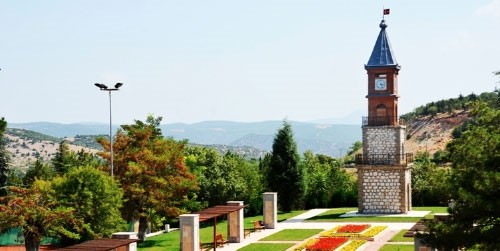 Conveniently located in close proximity to metropolitan cities such as Istanbul, Bursa and Eskişehir, Bilecik is also an attraction center for eco-tourism. With people increasingly wanting to escape their everyday busy routine and immerse themselves in nature, in the recent years, interest in eco-tourism has been on a rise. Hence, for residents of such big cities, Bilecik is an excellent opportunity to get away from the city for a day or two. The Kömürsu and Sofular highlands, evergreen all throughout the summer, are two of the most popular areas preferred in the province for eco-tourism.

Three different climates are prevalent throughout Bilecik based on its geographical characteristics, as the land is interestingly positioned in four regions – Marmara, Black Sea, Central Anatolia and the Aegean region. However, the province is mostly under the influence of Central Anatolian climate, which is known to be cold and bitter in the winter, with the harshest temperatures lasting from December through March. 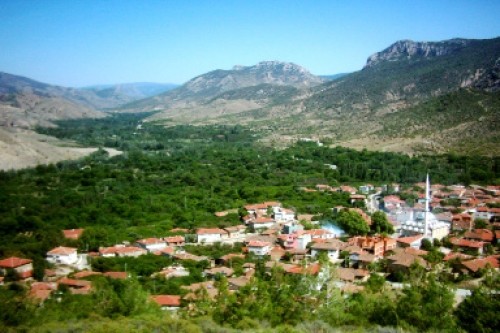 Bilecik, leaving its glory years behind after the War of Independence, started the Republican era quite weak due to the social and economic collapse caused by the war. A major hub for the silk industry in the pre-war years, the province is now an important center for the marble and ceramics industry.

Top 10 things to do in Bilecik

Built on the edge of a steep cliff, the mosque has the capacity to hold 365 worshipers at the same time. Believed to be built in the early 14th century and only 50 meters from the Edebali Mausoleum, Orhan Ghazi Mosque was restored in 1973. Unlike other mosques, which the minarets are traditionally adjacent to the mosque, the main minaret of Orhan Ghazi Mosque is built on a rock, 30 meters away from the main building.

The log cabin restaurant at the entrance of the mausoleum makes to-die-for gözlemes with a variety of filling choices. Unwind after touring the mausoleum and perhaps making souvenir purchases from the giftware shop in the relaxing atmosphere while enjoying your gözleme.

Bilecik is considered one of the centers for ceramic production. Hence, ceramic giftware is very common and they make lovely souvenirs and gifts to take back home. You can find ceramic products in small shops near the historical venues or from factories' outlet stores located along the road near the city center.

Bilecik nature is perfect for nature walks, drawing a significant number of local tourists from surrounding provinces. Those living in metropolitan cities in particular come to Bilecik to enjoy nature, release stress and get away from the hustle and bustle of the city. Abbaslık Village in Bilecik central, as well as various highlands in the province's Bozüyük district are quite popular.

The Göksu Stream area in Bilecik's Osmaneli district passes through footpaths, almost entirely within the woods. Taking approximately four-to-five hours to walk, it is generally covered in pine woods. Unlike the majority of nature walking paths in the Marmara region, the Göksu Stream area stands out with its rough rocky terrain. Thus, offering a different look and walking tempo for walkers in every season of the year.

A rising trend in recent years, thrill seekers in Turkey are now heading to Bilecik for their dose of adrenaline rush as the province's geographical structure is quite suitable for the adventure.

With its convenient nature, geographical position and climate conditions, Bilecik is becoming one of the main choices of tourists from nearby cities, primarily from Istanbul, Bursa and Eskişehir, for camping. The Bozüyük and Pazaryeri districts are two of the most popular camp locations.

A visit to Bilecik without seeing the mausoleum of Ertuğrul Ghazi, the father of Osman Ghazi, the Ottoman Empire's founder. Located in the Söğüt district, although the exact construction date of the mausoleum is unknown, it is believed to be built toward the late 13th century.

A series of ceremonies are held annually around the mausoleum since the 1890s to commemorate Ertuğrul Ghazi. Believed to be started from a group or Yuruks from the Karakeçili tribe, the origin of this ceremony is still a matter of debate. Marked in the second week of September, Yuruks who gather at the center of Söğüt, would walk from the center to the Ertuğrul Ghazi Mausoleum dressed in their traditional attire and slaughter sheep or cows as sacrifice. The meat of the sacrifice is then cooked along with pilav containing chickpeas and distributed to everyone attending the event. The pilav is believed to be remedial. After the food session, traditional sports like jeered and wrestling are performed and ceremonies would be concluded with Quran recitations.