Sarajevo: Quick trip to the heart of the Balkans 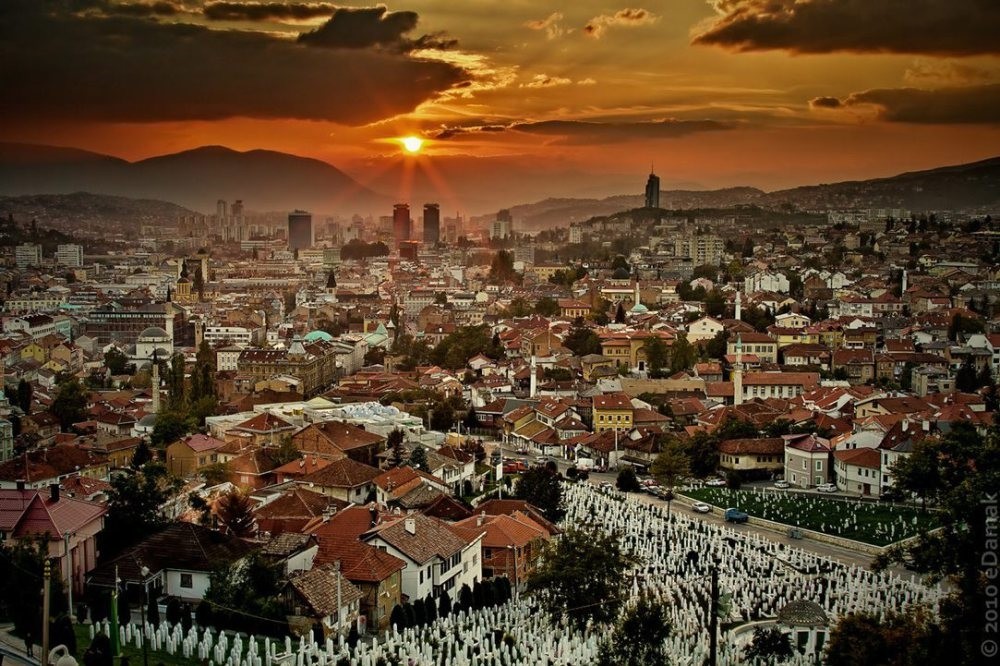 Traveling to Sarajevo, a melting pot of various nations and civilizations over the centuries, feels like taking a step into a refined history shaped by wars

Creaky old trams shudder through medians of wild grass. A man kicks an apricot pit from side to side in the empty streets, trying to get it in the gutter. A woman sells chains of okra in the street. A man in a fez sings throatily to his accordion stylings, and accepts tips in a small cardboard coin box. An ice cream salesperson stands next to a statute of an anthropomorphized ice cream cone, complete with cheerful eyes, arms and legs, and clutching in its hands a tiny ice cream cone. Is it cannibalism if it's just dairy products?

Compared to Istanbul, Sarajevo has an entirely different feel of living history. Here, I feel less assaulted by the cacophony of past and present mixing, and more invited to explore the bits and pieces left behind by all the peoples who've left their mark. Different cultures and civilizations have been living here for thousands of years - a blend of Turkish, Islamic, Slavic, Roman, Greek, European, Jewish, Christian. The city lived through the longest and most manifestly horrible siege in the modern era. This city was where a 19-year-old murdered an archduke and set off a pan-European war. Oh yeah, that Sarajevo. 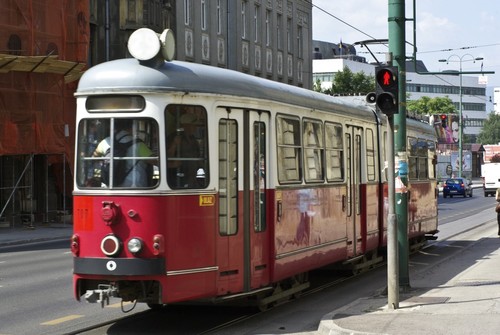 I spent a few days here, rambling through the streets and taking in the sights. With things in the world so amped up these days, I find this city hopeful and inspiring. People can live through the most godawful things but they just hunker down, wait for the storm to pass, and keep moving on. They just want to keep living together.Evidence: the Haggadah of Sarajevo, a collection of Jewish illuminations and texts from the 10th century. During the Reconquista of Spain, when the Christian royalty demanded everyone convert or be banished, all the Spanish Sephardic Jews migrated to Ottoman lands where they would be welcomed - and like all non-Muslims, taxed at a way higher rate. The communities who came to Sarajevo brought with them this ancient Jewish text, the Haggadah, and it stayed safe here 400 years. But during World War II, when the rabbi received word that Nazi soldiers were coming to town, he panicked. The chief imam together with the head of the national museum (who just happened to be brothers) went to the synagogue and asked the rabbi if they could hide the Haggadah. He gave it to them and they slid it in with a bunch of Qurans. The Nazi soldiers came and the rabbi said another group of soldiers had taken the Haggadah away already. After the war, the imam revealed he had been hiding it among a stack of ordinary Qurans. Can you think of a better metaphor for togetherness, or how the cultures mix? 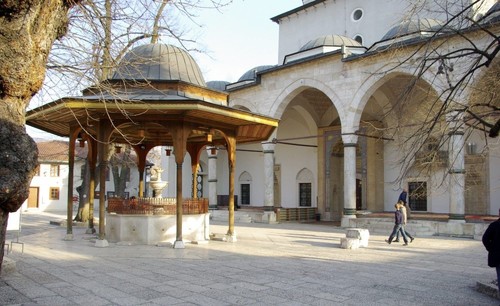 And it's not just in behavior, it's evident from the architecture. The city gloms together East and West in the most literal way possible: in the old part of the city, there's a compass built into the pavement of the high street. The western-facing street, Ulica Ferhadija, has a European arcade of shops built by the Austro-Hungarians; the East-facing street has an ottoman style bazaar, aptly called the Bascarsija, of white stucco shops with wood frames and tiled roofs. Of course, "East meets West" is kind of a jokey half-truth, because everywhere is east and west of something else, and everything in Eurasia is a mix of the things between it. In western Europe they say the Balkans is the East, in the Balkans, Turkey is the east, in Turkey, the Levant is the east. And so on. So often these in-between countries like to say they're the last western place for X thousand kilometers. It's rare, however, for a city to so precisely demarcate where one stops and the other begins.

Each empire brought its own ideas of civilization - the Ottomans brought public fountains and Islam and the typical mosque / madrasah / public bath /caravanserai combination they were so good at. The Viennese brought modern hotels, libraries, railroads, the elegance of a stuffy empire. The city, of course, is all the richer for it.

Did I mention it's beautiful here? Lush green hills above the city center in the valley were settled long before anything else, and they still retain a laid-back village feel. Greenery covers every mountainous lump. Whole squares within the city have been cultivated as gardens. We went to the national museum and after a thorough tour of the area's Roman history, we walked out the back door and found ourselves in a botanical garden. These people understand that humans need to look at growing things occasionally, and to breathe air unpolluted by car smoke. 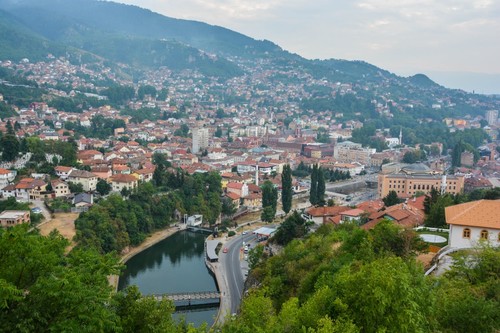 And the most recent war was brutal to the city. Sarajevo was under siege for almost four whole years. Bullet holes can still be seen on some of the dignified facades of apartments. After a year of privation two teams started digging a tunnel from opposite ends under the airport, hoping to meet in the middle, digging without communication or so much as a walkie talkie. They did, by some miracle. Twenty tons of stuff was smuggled in every single day through the war tunnel so people could eat. You can still visit this tunnel as part of a tour: it's called the Tunnel of Hope. You can also visit the street corner where the Archduke Franz Ferdinand got shot by Gavrilo Princep, and people remember that, too.

But they'd rather not dwell on it. What Sarajevans really like to do is find a café, order ten thousand coffees, and gossip. This city loves its sweets and coffee - we in Istanbul think we've got a monopoly on sugared treats and hot beverages, but trust me when I say they've got us beat. I walked out onto Ferhadija on a Monday night, expecting it to be completely empty, and instead I saw hordes of people packing every cafe to the gills, drinking espresso and chain smoking. The fact that everyone was having espresso at 11 p.m. begged the question: how do these people sleep? Or do they sleep? Social time meant coffee, and clearly social time was way more important than sleep. Everyone also had elaborate pastries, sweets, cakes, ice creams piled on their tables. There was an abundance of savory street foods at night: I had a choice between cold döner, cold pizza, or cold fried potatoes in a twisty stick. I chose the latter. The cakes and coffee, though, are pretty unrivaled. 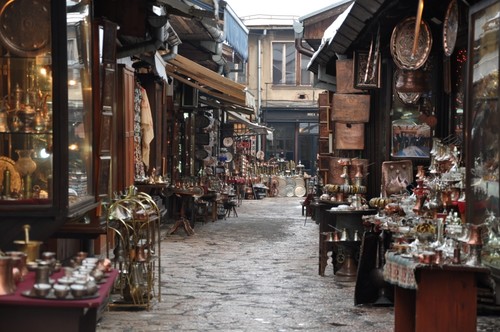 For a last activity, I climbed myself up one of the city's memorial cemeteries for the victims of the siege and found myself on a fortress, the Yellow Bastion, once used by the Ottomans to unsuccessfully fight off the Austro-Hungarian army. The green hills, the splendid old buildings, the smoke chugging away from rooftops rolled before me.

So while you're enjoying the cheap espresso or Bosnian coffee, the nargile, or the beer garden, or the parks, you can reflect upon how this town is just way more chilled out than the frantic rush of Istanbul. During our walking tour, our tour guide told a lot of stories and made us understand that Sarajevans value togetherness and tolerance, and through trials of grenades and snipers, the values they protected still thrive. They have a rich history and are eager to share it, but they are not about to shove it in your face. They want you to enjoy it on your own terms. So the city breathes a little bit more relaxed than other places I've been. What a wonderful little town.

Pegasus and Turkish Airlines have round trip flights for as low as $100 direct to SJJ, if you plan a few days in advance.

Franz Ferdinand Hostel is best - a boutique-ish dorm with some private rooms as well and a eye for design. Or Airbnb.

Zeljo in Bascarsija has the best traditional cevapi and sudzuke - be sure to get it with the onions and kajmak - and Metropolis has the best spread of pizzas, pastas, stir-frys and cakes, Zlatna Ribica (The Goldfish) has by far the best and weirdest atmosphere, Balkan Express is fun for live music, and Tepsija is best for the Bosnian version of our beloved börek (called "burek" there, a crucial difference).

All the information in this article was compiled through visiting Sarajevo's great museums and tours. Go to the Srebernica and Sarajevo Siege exhibits at Gallery 11/07/95. For more archaeology and history and material evidence of a medieval and Roman past, check out the National Museum of Bosnia and Herzegovina. Take one of the free walking tours in town - we took our walking tour through the official Tour office, and it leaves at 5 p.m. every day. Climb the hill towards Vratnik for the view from the Yellow Bastion.