Mountaineers to commemorate July 15 on summit of Mt Palandöken 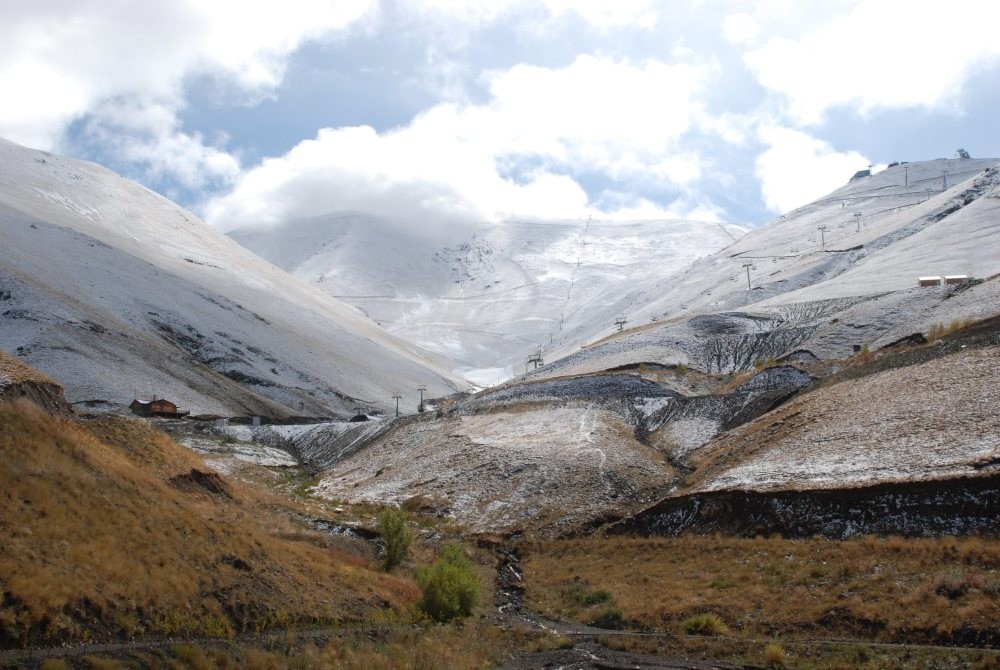 The Turkish Mountaineering Federation's Erzurum branch will carry a 175-square- meter Turkish flag to the summit of Mount Palandöken accompanied by 300 mountaineers and civilians to commemorate those who died during the July 15 failed coup attempt.

Speaking to Anadolu Agency (AA), the federation's Erzurum representative Erdal Emeç recalled the coup attempt that the Turkish nation faced last year. Emphasizing that the Turkish people managed to defeat the coup plotters, Emeç said, "Hundreds of people died or were injured during the coup attempt. As a nation of Turks, we continue to stand against the coup. On July 15, we will commemorate the martyrs by flying this huge Turkish flag on the summit of Mount Palandöken."

On the anniversary of July 15, roughly 300 mountaineers as well as locals will climb to the mountain's summit on a route that begins from the hotel area of the mountain, at about 2,200 meters above sea level. "We will climb to the summit and hold a commemorative ceremony for the people who died during the putsch attempt. We will pray for their souls before descending from the summit."

While the mountaineers in Erzurum plan to climb Mount Palandöken in memory of police officer Murat Ellik, who died during the July 15 coup attempt last year, 2017 marks the first year that the event is being attended by both professional mountaineers and locals alike.

"We invite all mountaineers and enthusiasts who want to commemorate the July 15 attacks on the summit of Mount Palandöken. We believe that hundreds of mountaineers will respond to this call."

On the anniversary of July 15, the Turkish Mountaineering Federation will organize climbs to the summits of 15 different mountains in 15 different provinces across the country.