Historical Rumkale to be reintroduced to tourism 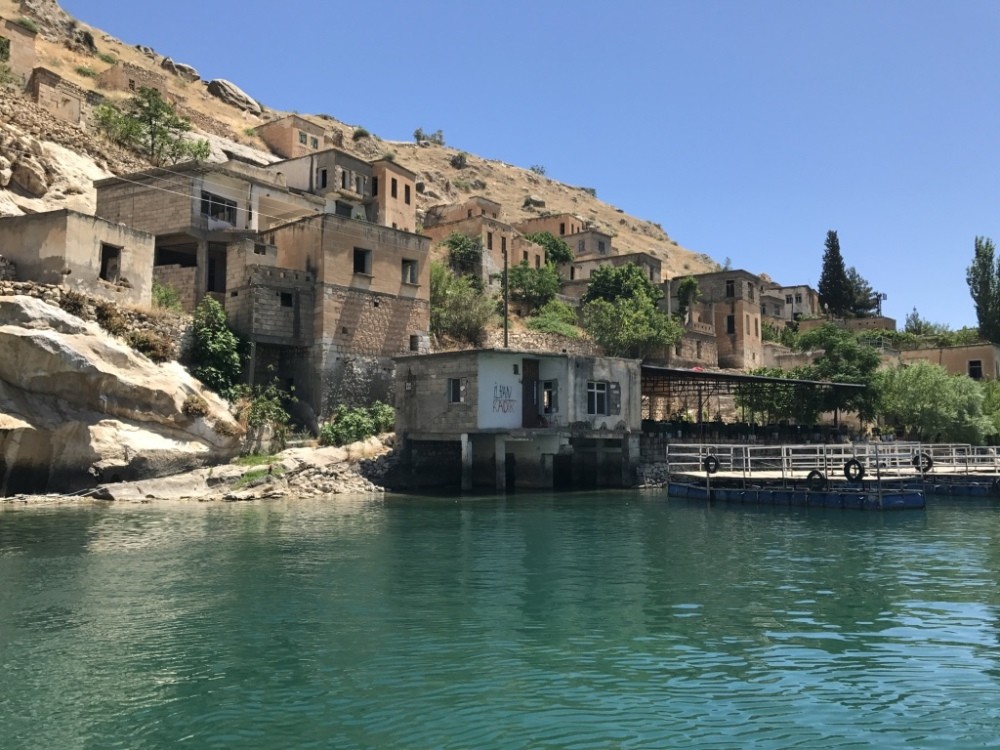 Rumkale, which has been home to various civilizations throughout history and rumored to be a place where copies of the Bible were reproduced, is going to be reintroduced to tourism upon the completion of the restoration works in the area.

Located between Turkey's southeastern cities of Gaziantep and Şanlıurfa, Rumkale bears the traces of Urartian, Babylonian, Sumerian, Seljuk and Ottoman civilians. It is on a hill surrounded by rocky mountains where Merzimen Creek flows into the Euphrates.

Besides the historical structures located in the neighborhood, Rumkale attracts many tourists from home and abroad with its natural beauties stretching across the River Euphrates especially during the spring season.

Accepted as a sacred place by Christians as well, Rumkale is rumored to be a place where John the Apostle dwelled during the Roman Empire and reproduced the Bible in a room excavated inside a rock.

Restoration carried out by the Culture and Tourism Ministry in the Barşavma Monastery, which was built in the 13th century in honor of Saint Yakubi Barşavma, have come to an end.

"We regard that the Euphrates is very significant because we would like to manage the water wisely. In this sense, the Euphrates is our biggest treasure. All the civilizations in the world have been born around the River Euphrates Valley. Zeugma and its historical and cultural heritage, which is on the temporary UNESCO World Heritage Site list, is around the Euphrates. Rumkale is located in the center of the Euphrates. The ministry has concluded its restoration works in Rumkale. There are houses built during the Republic period and previous periods. The restoration of those houses was also completed," said Şahin.