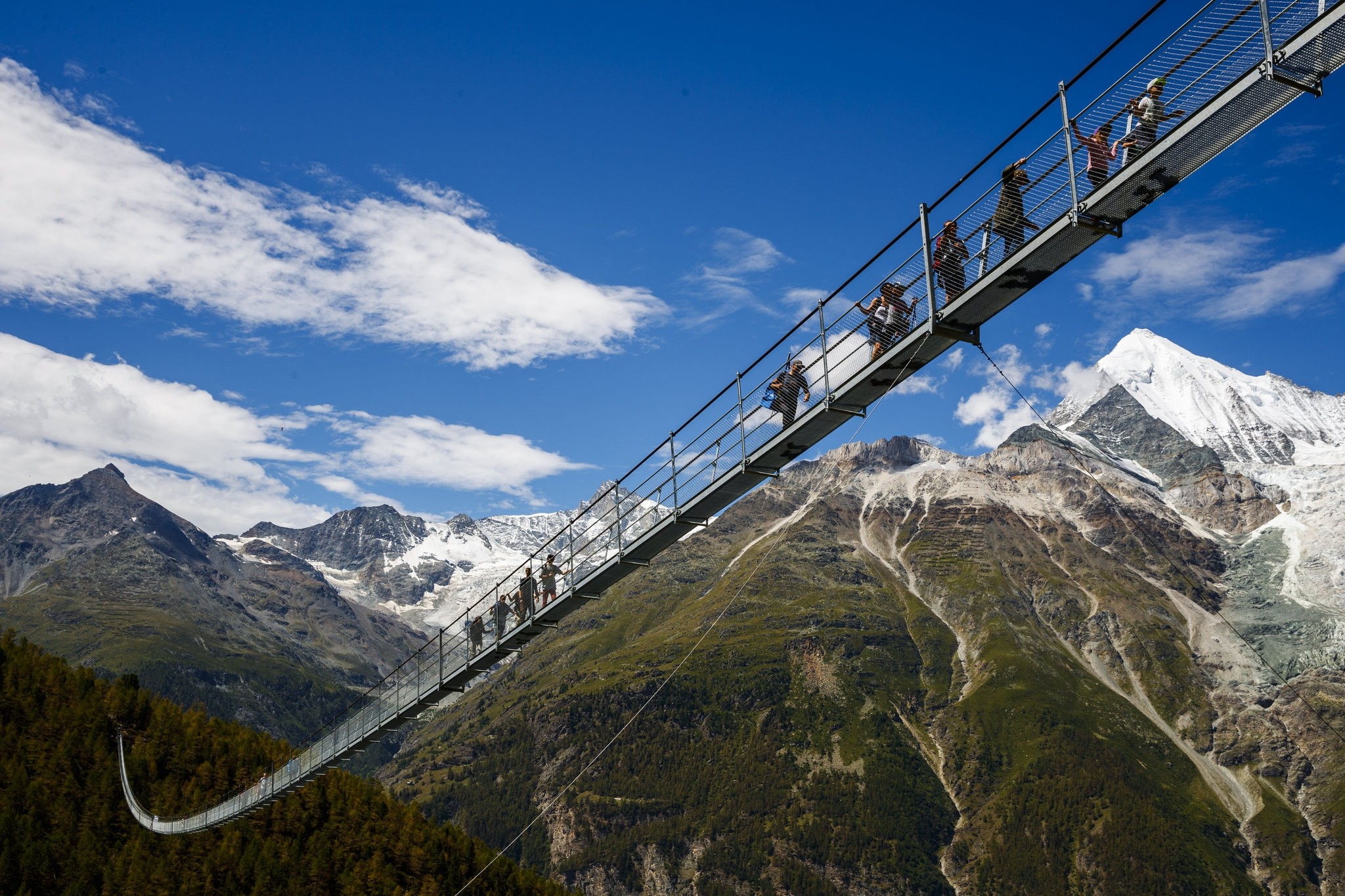 People walk on the 'Europabruecke' bridge, the world's longest pedestrian suspension bridge with a length of 494m, after the official inauguration of the construction in Switzerland, 29 July 2017. (EPA Photo)
by Associated Press
Aug 03, 2017 12:00 am

This bridge is not for the acrophobic.

Switzerland has inaugurated the world's longest suspension foot bridge along a trail toward the famed Matterhorn that features majestic Alpine views.

A Swiss tourism official said Wednesday the 494-meter (1,621-foot) bridge can cut hiking time on the Europaweg trail by at least 3 hours between the southwestern towns of Graechen and Zermatt.

Before Saturday's opening, Alpine explorers had to descend into the town of Randa and scale another ascent since a shorter foot bridge was closed in 2010 due to unstable terrain.

Only 65 centimeters (25 inches) wide, the bridge soars as high as 85 meters (279 feet) above the ground, traversing over the deepest-cut valley in Switzerland.