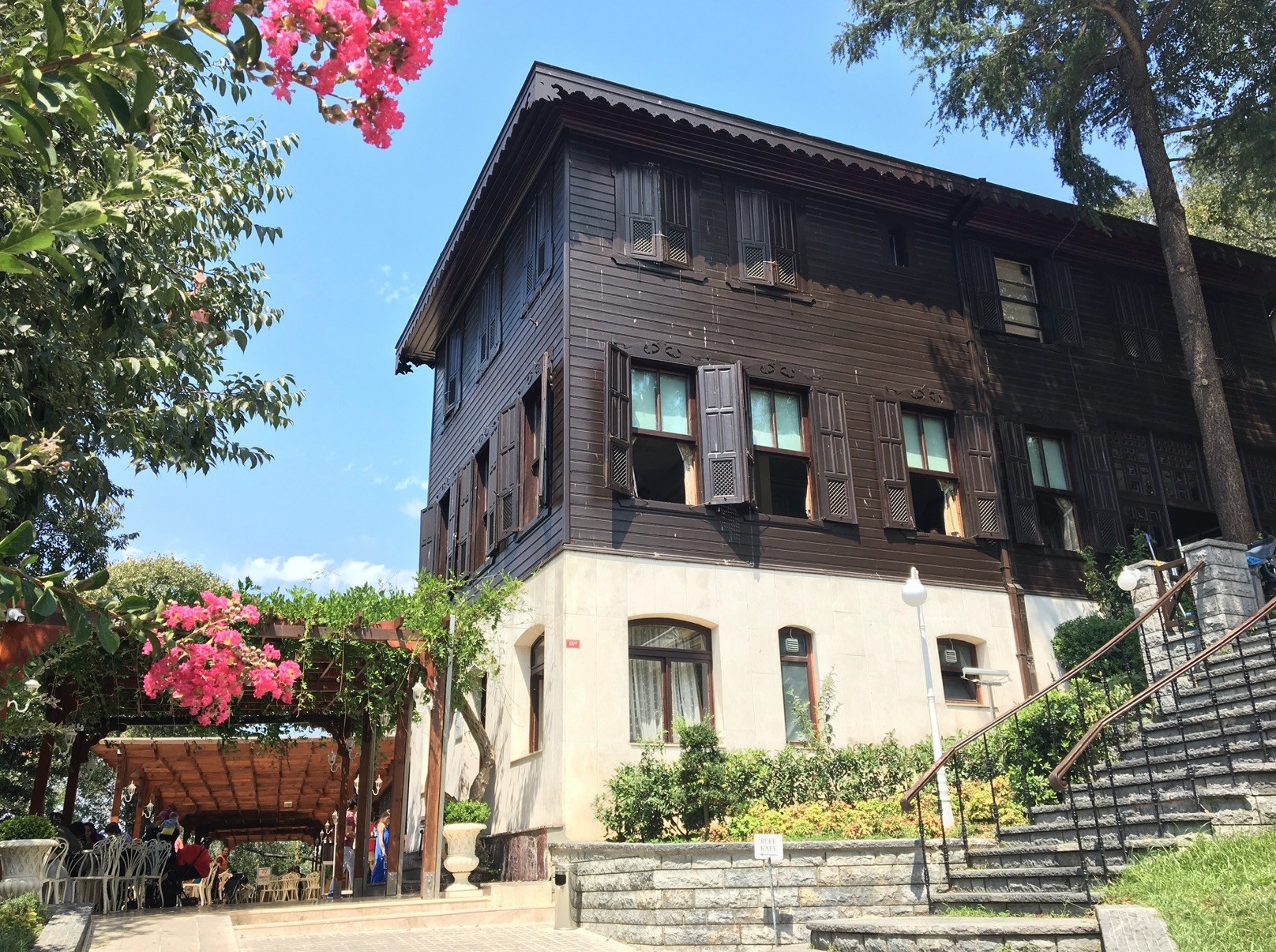 The private grove of the mid-19th century Ottoman ambassador to Russia, Austria and France, who also served as Turkey's first museologist, Fethi Ahmet Paşa, recently saw the completion of municipal restorations ongoing since 2003, and two pavilions have now opened on the heels of construction that ended last winter. The grove is now more inviting than ever and offers enjoyment for the greater public

The Fethi Paşa Plantation (Fethi Paşa Korusu) is the perfect microcosm for Anatolia in relation to the Turkish state. Facing westward, the café seating offers a panoramic view of glorious historic and natural beauty, placing every permitted liberty and common pleasure just within reach. To the east, the Parkland Groves are walled in, containing the reality of Anatolia.

As the Asian landscape of Istanbul stretches out into the sky behind the Fethi Paşa Plantation, a garment factory known as "gecekondu" (shanty house) is surrounded by subsistence garden farms that stand starkly against the brazen six minarets of the Çamlıca Mosque, which reach to the greatest heights of the urban highlands. Along the horizon, a single column of metal pierces the heavens with what is a skyscraper still under construction, minimizing everything in its vicinity. 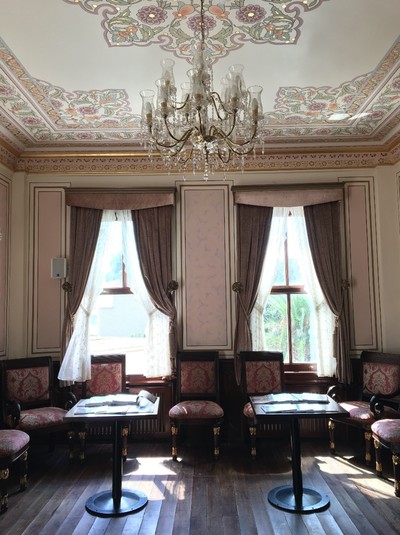 Inside the pavilions, visitors imagine the modern Turkish author and Cemil Meriç, who read himself blind while residing in the mansion from 1946 to 1960.

On the plantation's western side, the steep ridges of the Sultan's Hill (Sultantepe) ascend to offer a bird's-eye view of the turquoise-flowing Bosporus and the European continent that stretches beyond it. Facing the shore from within the off-white marble and chestnut-colored wooden pavilions, Istanbul's Dolmabahçe Palace is a pearl in the eye of its beholders who crowd the terraces throughout the summer to sip mastic-spiked Turkish coffees and cold, frothy "ayran."

Under floral headscarves and rolled-up sleeves, the city locals contemplate the historic landscape that emerged from coast to coast in old Constantinople, together with the plantation groves of Fethi Paşa, during the meticulously studied Ottoman age of reform in the mid-1800s.

The Sultan's Hill slopes up from the shores of the Bosporus, where the seaside homes, or "yalı" in Turkish, were built to receive such waterborne Ottoman dignitaries as Ahmet Fethi Paşa, whose shorefront residence is known as the Pink Mansion. As husband to the sister of Sultan Abdulmecid I, Ahmet Fethi Paşa would return to the bucolic respite of his private dock on the Anatolian shore after his eventful outings in the capital.

Shortly after he passed away, Ahmet Fethi Paşa's neighbor, Hüseyin Avni Paşa, whose plantation and mansion bordered his, was accused of murdering Sultan Abdülaziz in the summer of 1876, and was later assassinated amid conspiracies. The plantation groves and pavilion mansions of Ahmet Fethi Paşa were placed in the possession of his successors until 1958, when the city municipality finally took over.

Like all areas located in the center of Istanbul, the Byzantine past practically flows from the mouths of storytellers like New Rome from the water and soil of its urban roots, where ancient civilizations once turned to the cliffs of Scutari in modern-day Üsküdar to see the gilded roofs of Asia. Based on its history which delves into the Ottoman era, the Fethi Paşa Plantation is arguably best defined as such, derived from the translation of the Turkish root word, "koru." The plantation symbolizes a cultural milieu in which private residences preserved wealth and tradition for the Ottoman elite, who infamously avoided progressive industrialization by holding onto the imperial nostalgia of the Empire's agrarian romanticism and medieval heyday well into the Empire's final century.

The conundrum of national direction in the young Turkish Republic was the seed of contemplation for the blind intellectual Cemil Meriç, who lost his eyesight by reading too much during his 14 years residing at the Fethi Paşa Plan Pavilion. Meriç worked as a French language instructor while writing his many books, including his most well-known, "Bu Ülke," (This Country), which analyzes the history of the Eastern and Western alliances, as with right and left politics in Turkish thought. When Meriç left the Fethi Paşa Plantation in 1960, the plantation itself was abandoned and neglected for two decades.

Nowadays, lovers and friends walk arm-in-arm on the plantation; under waterfalls, around pools, gardens and playgrounds and across fields and courts, as families play in the nourishing outdoors, observing the uniformed municipal workers as they take comfortable breaks on the steep, lush hills. Street traffic and crowded sidewalks are blissfully out of earshot under the shaded, earthen walkways that wind through the stunning arboreal biodiversity of oak, laurel, maple, mastic, linden, pine, chestnut, persimmon, ash and evergreen trees from around the globe. The plantation groves of the Fethi Paşa Plantation reinforce the local flavors of Üsküdar, as the district known to Turks as "Belde-i Tayyibe," (The Beautiful Land), recalling its significance as the traditional resting stop for pilgrims on the road to Mecca.