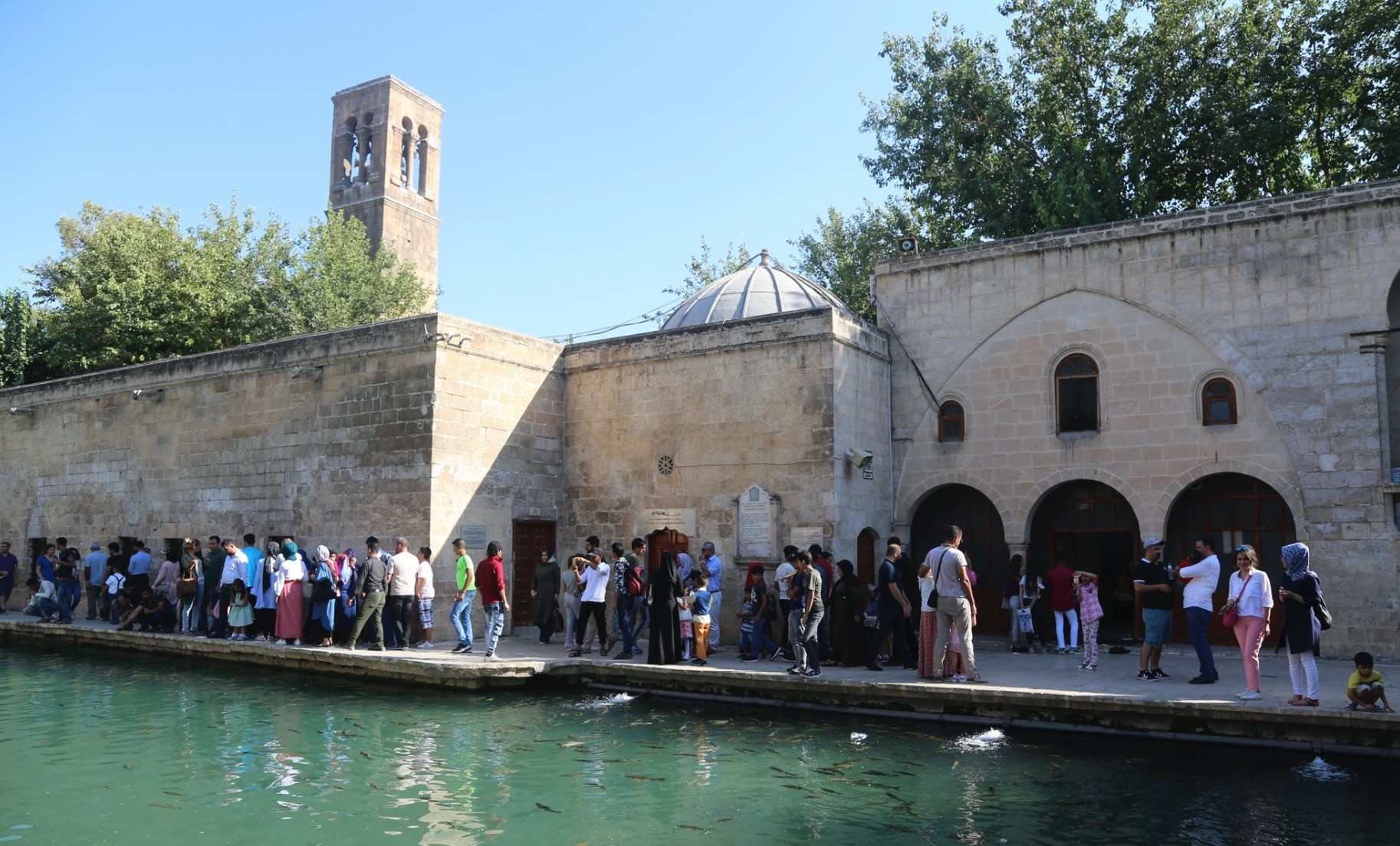 Urfa, where Prophet Abraham is believed to have been born is among the most visited and prominent centers of the region.
by Anadolu Agency Sep 05, 2017 12:00 am

The Southeastern Anatolia Region, which is often visited by local and foreign tourists for its historical places, unique tastes and religious tourism, has become the favorite place in Turkey for the 10-day holiday of Eid al-Adha (Kurban Bayram in Turkish), which concluded yesterday.

According to Anadolu Agency, guests are being hosted in cities across the region which is decorated in beautiful nature scenes and history, offering cooler weather after the hot summer months. Göbeklitepe, the oldest temple in the world, and Şanlıurfa province where it is believed that the Prophet Abraham was born are among the most visited and prominent centers of the region.

In terms of gastronomy tourism, Gaziantep attracts a swarm of tourists for its delicious dishes such as "baklava," as well as its historical and touristic places.

Known as the cradle of civilization for having hosted many different civilizations, the city of Mardin is also receiving attention in the region, with its scenic views that resemble picturesque postcards.

On the other hand, Diyarbakır, which has seen a wave of terrorist attacks that affected tourism, is now rising from the ashes with investments being made in the area.

Noting that the governmental decision to extend the eid holiday to 10 days has made both locals and tourism professionals happy, Türkmen said, "The effect of the 10-day holiday was evident by the second day of the holiday. This has triggered mobility of tourism professionals in the region. Also, the religious identity of the region was at the forefront on the first day and, later, archaeological sites in the region also gained attention with more visitors."

Adding that the number of visitors per day has become high as well, Türkmen said, "There is a change and circulation in the region. From the second week of September through the month of October, we will offer tours for visitors. After the liveliness we have seen here, we are hopeful about the coming period. Therefore, accommodations will be more common."

A young woman who came to Şanlıurfa from Istanbul, Ebru Demirci, said that she visited historical and touristic places in the city for an entire day. Pointing out that she went shopping as well, Demici said, "We planned to visit not only Şanlıurfa but also Mardin, Diyarbakır and Gaziantep during the eid holiday. We are on a tour of southeastern Anatolia. We spent our last night at Mount Nemrut in Adıyaman after visiting Gaziantep. We will complete our tour with trips to Mardin and Diyarbakır tomorrow. Short tours do not give us enough time to visit these cities but have proven useful for gaining a general perspective on the region. We enjoyed our holiday in this way."

On the other hand, Cennet Çam said that this was her first visit to Şanlıurfa. Traveling to the region from Kahramanmaraş, Çam also stated that despite the holiday crowd, she likes the city.