Hora Lighthouse, centuries old illuminator of the Sea of Marmara 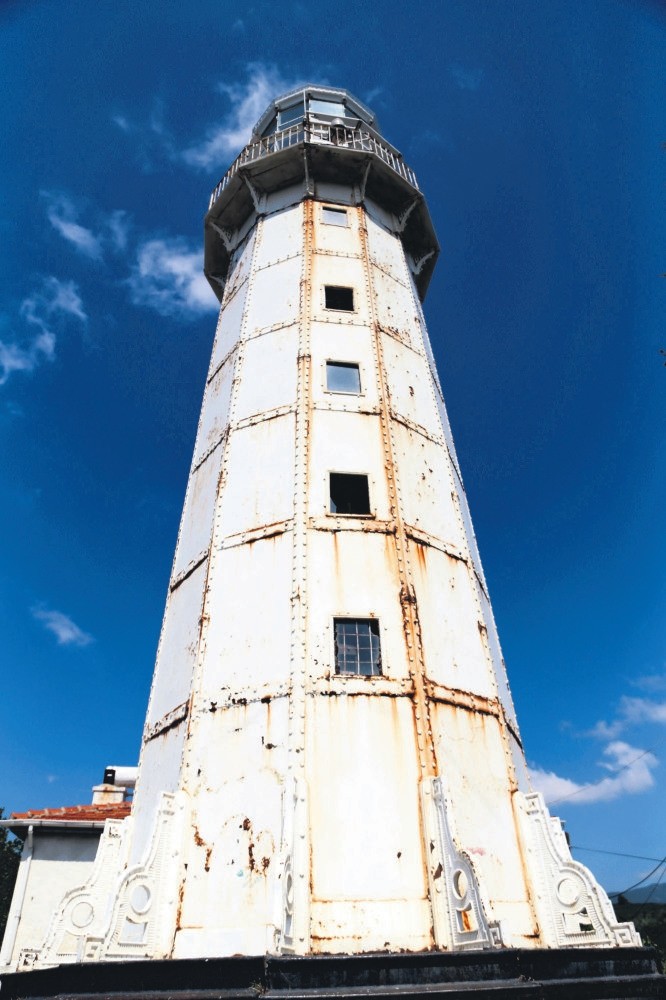 Built by French engineers in 1861 by the order of Sultan Abdulmecid I, the Hora Lighthouse continues to enlighten the routes of the ships floating on the Sea of Marmara.

Located on a hill rising from the sea coast in the Hoşköy neighborhood of Tekirdağ's Şarköy district, the Hora Lighthouse is accepted as one of the Ottoman Empire's unique structures that have survived up until today.

It takes 20 minutes for the lighthouse to turn itself around. It was structured with materials specially brought from France and it uses screws instead of welds. Made totally of iron, the lighthouse used to enlighten its surrounding with a gasolier but now it works with electricity.

Şarköy mayor, Süleyman Altınok said that the Hora Lighthouse is one of the important historic structures in Şarköy.

Altınok said that all the casting plaques of the lighthouse were brought from France by French engineers.

"Built in 1861, Hora Lighthouse is 50 meters [164 feet] above the sea level. On the other hand, the lighthouse itself is 20 meters in height. Its light can reach approximately 40 kilometers away, which corresponds to 20 sea miles. It guides the ships especially on winter days with harsh weather conditions," he said.

'Local and foreign tourists must see it'Reiterating that the lighthouse was working with a gasolier in the past, Altınok gave information about the new illumination system that works with electricity.

Altınok said that the lighthouse was closed to visitors for now.

"The lighthouse is controlled by Directorate General of Coastal Safety. Its physical condition is not so good for the moment. The structure needs paint and varnish. Such a precious structure must be preserved via maintenance and repair works," he said.

"Also, it should be visited by both local and foreign tourists. This beauty must be shared with everyone. We are ready to do our best on the condition that it is bound to the Tekirdağ Metropolitan Municipality or Şarköy Municipality. As a structure with an historical value for us, Hora Lighthouse should be conserved," he added.