Mt Ararat welcomes winter with first snow of the year 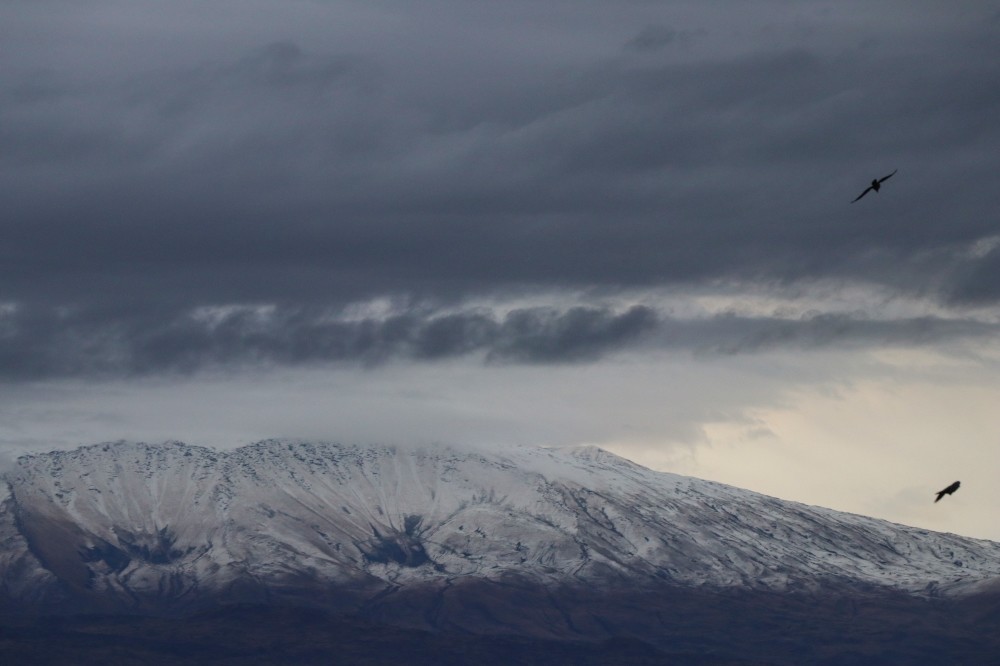 Located 5,165 meters above sea level along the Turkish, Armenian and Iranian borders, Mt. Ararat welcomed the first snow of the year on Tuesday. Called "the roof of Turkey," the highest mountain in the country presents a breathtaking view to locals and tourists.

With its majestic view and height, people from all over the world have always been attracted to the mountain. The first efforts to reach Ararat's summit were made in the Middle Ages. However, it was not until 1829 when Friedrich Parrot and Khachatur Abovian, accompanied by four others, made the first recorded ascent.

Moreover, Mt. Ararat has been associated with the Genesis Flood story and the resting place of Noah's Ark since around the 11th to 12th centuries. Throughout history, people have traveled to the mountain to find evidence on the ark.