Hamam where Pushkin bathed to open for tourism 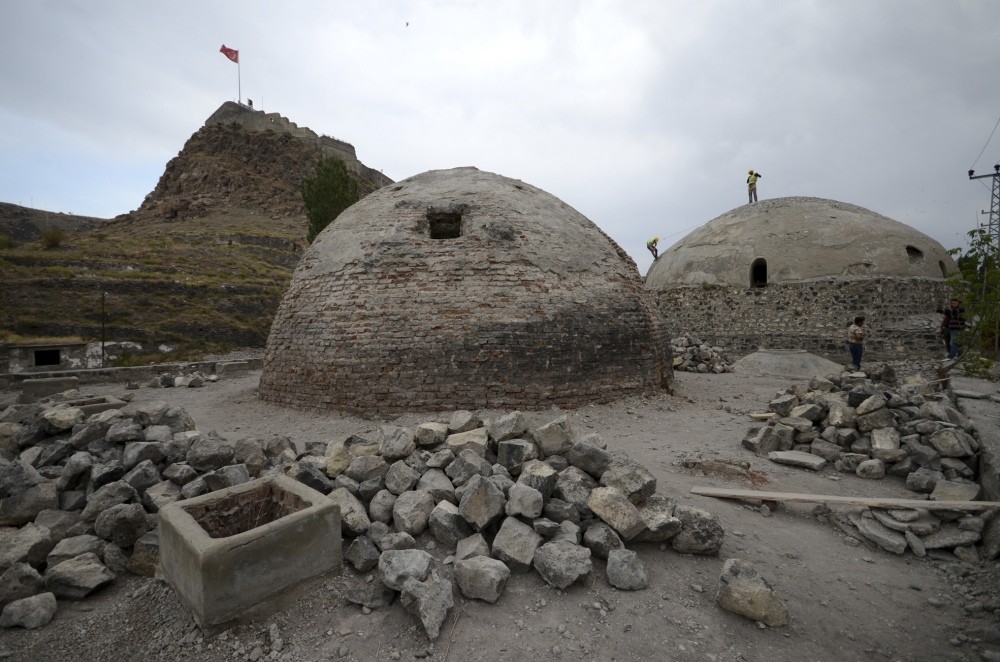 The Mazlumağa Hamam and Muradiye Hamam, which were built on the request of Sultan Murad III in Kars province, will open for tourism after restoration.

Work has already begun to restore these hamams, located near Taş Köprü (Stone Bridge) on the slopes of the Kars Fortress.

Mazlumağa Hamam is next in line after restoration of Muradiye Hamam, financed by the Eastern Anatolia Project (DAP) Regional Development Administration, finishes. When the restoration is completed, the hamams, which were used by prominent poets and authors such as Namık Kemal, Alexander Pushkin and George Gurdjieff in the past, will open to tourists.

Kars Governor Rahmi Doğan told Anadolu Agency (AA) that Mazlumağa Hamam in particular is very important, Doğan said: "It is a rare work. A person can easily notice it when they enter the hamam. We have cleaned the dome," adding: "We are working with a powerful team now. We will complete Mazlumağa Hamam for Kars, too. We will cover the dome of Muradiye Hamam. We will work during winter despite the harsh climate in the area, and the work will continue next year."

Historical places to be opened for service

Discussing the opening of historical places and hamams to the public in Kars, Doğan said: "We demanded these historical artifacts be used as hamams. However, those who prepared this project and the Council of Monuments did not accept this request. Thus, we will use the hamams as exhibition halls and culture and art houses. We want to see cafes around the hamams, and our projects have been designed for this."

Investigative author Sezai Yazıcı also mentioned that Pushkin came from Moscow to Tblisi to visit his brother Lev and his friends in the Paskevic army in 1829. "Pushkin visited Mazlumağa Hamam when he arrived in Kars on the night of June 12," Yazıcı said. Explaining that Pushkin is known to have bathed at Mazlumağa Hamam, Yazıcı said: "The room where Pushkin bathed is named the 'Pushkin Honor Place.' Sculptures of him, examples of his manuscripts and all of his books have been exhibited there for many years. After the restoration, the room can be designed in the same way again, and his work can be on display here, too."