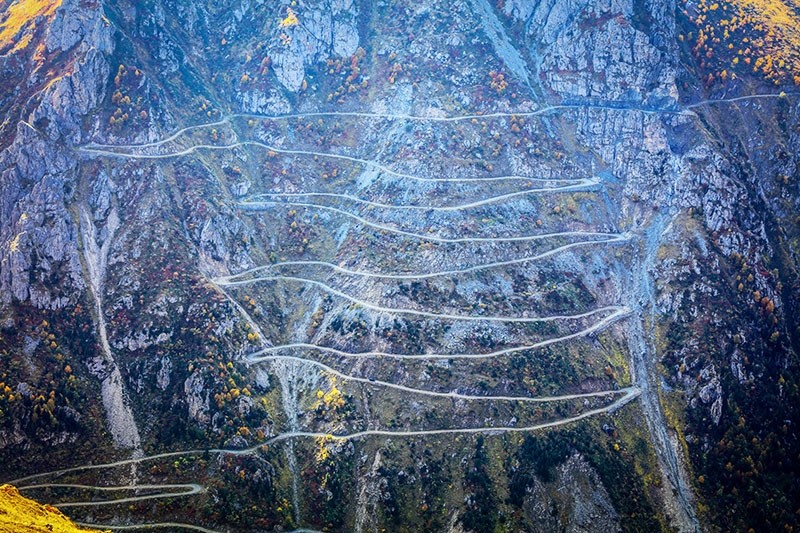 Among the most treacherous roads in the world, the Derebaşı Bends in Turkey's Black Sea region is an adventure wonderland for thrill seekers.

Traversing the 1,800-meter high Soğanlı Mountain between inland Bayburt and coastal Trabzon provinces, the 3.5 kilometer pass has 13 hairpin bends, said to be impossible to turn in a single maneuver.

Due to its high elevation on the mountains separating rainy and humid Black Sea region with continental Eastern Anatolia region, Derebaşı Bends often experiences fog, rain, landslides and avalanches, adding to its risk factor. For six months of the year, snowfall blocks all transportation on the route.

Derebaşı Bends was named the most dangerous road in the world two years ago by the site www.dangerousroads.org.

It is said to be slightly more treacherous than Bolivia's Yungas Road, also called "Road of Death."

The pass, part of the 106-kilometer D915 road, was originally built in 1914 when Russian occupiers employed local people to cut a path down the mountain.

Locals continues to use the road, despite numerous lives lost on its passage.

The mountainous route does not have guardrails, leaving open some hair-raising drops.