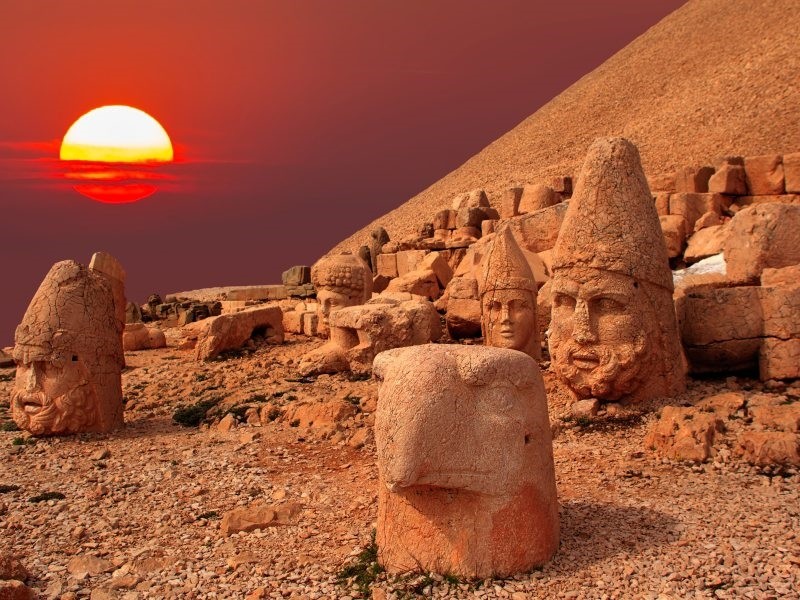 One of the highest peaks of the Eastern Taurus mountain range in southeastern Turkey, Mount Nemrut is believed to have been the site of a first century royal tomb.

Armeninan King Antiochus I built monumental sculptures in his own honor at the mountain during the late Hellenistic period, including a temple tomb and house of the gods.

Other sculptures found at the site include two lions, two eagles and various Greek, Armenian and Iranian gods, such as Vahagn-Hercules, Aramazd-Zeus or Oromasdes, Bakht-Tyche and Mihr-Apollo-Mithras.

Conservation laws and its status as a first degree archeological site have protected the historic mountain from destruction and deterioration.

While Mount Nemrut's treasures can be admired any time of day, the site offers its full beauty at sunset.
Last Update: Oct 26, 2017 1:17 pm