Traveling to Boston: American to the core 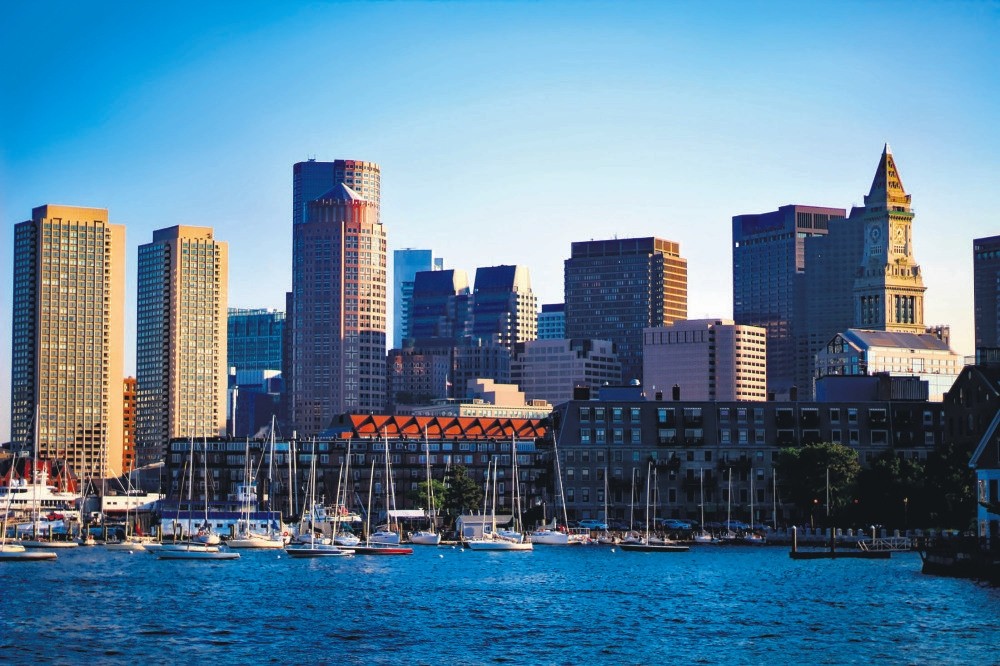 Boston, where the fire of American patriotism was first sparked, is a city molded from history and top-class educational institutions

Alright everyone, hold on to your bald eagles. You are going straight to the bursting heart of American patriotism. Most people get their American history from the "Hamilton" musical by Lin-Miranda Manuel, and don't get me wrong, it's fabulous - but he was a New Yorker. Alexander Hamilton, that is. (I believe Mr. Manuel is also a New Yorker, but that is not germane to what we are discussing today, class). We will be reviewing a history and then giving you a floor plan to walking through the birthplace of the United States. Exciting, I know.

Boston has a strange, strange history. It was founded by a bunch of English lunatics who wanted to establish a utopian religious town far, far away from England, where they got hanged for being the wrong sort of Protestant Christian. They rejected many of their original landing sites because they didn't have food and most of the Massachusetts coast was (and still is, in places) a slimy bog with tall clumps of hay in places. They settled on a peninsula near the mouth of the Charles River and, despite having literally run away from a place that was trying to kill them, they then named their new township after their hometown in England: Boston. Were I running away from religious persecution, personally, I would be keen on naming my new city something free of associations, so I wouldn't flinch upon it being spoken aloud. But it was the 17th century; creativity was at an all-time low. No Lin-Miranda Manuels had yet been born to rap about oppression. 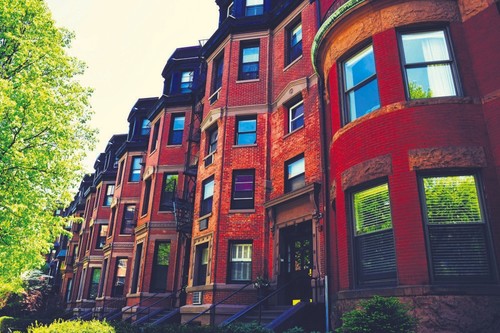 Boston quickly became a prosperous town where they built boats, and then sent those boats out to kill thousands upon thousands of whales for their oil and perfume-y, stinky ambergris. They also refined all the sugar up from the plantations down in the Caribbean, turning it into rum and molasses. (Fun fact! In 1921 a molasses tank exploded and released a flood into the streets of the city, killing 21 and injuring more than a hundred. What an indignity to be drowned in grandma's sugar juice.)

In the mid-1700s, Massachusetts and Boston in particular became a hotbed for political radicalism against British rule. An illustrative episode would be Tea Party. The British passed the Tea Act, which functionally gave the East India Company a monopoly on tea sales in the colonies - no other company, not even smuggled tea, and had to pay such low import tariffs. Other colonial cities turned the East India Company's ships away, but the Boston governor's kids had stake, and so he refused to bow to pressure. At midnight around 60 political radicals led by Samuel Adams dumped all the tea into the harbor to the delight of a raucous crowd. It was more than 200 chests of tea. Each chest contained hundreds of flat bricks of compressed tea, each brick could last a family for a year - altogether, it took the colonists three hours to dump the 40,000 kilograms (8,818 pounds) of tea into the harbor. Oh, and all of Adams' men were dressed like Mohawk Indians. (Again, if you were staging a revolutionary protest, why wouldn't you just steal the tea? Why dress like an Indian?)

In response, the British established martial law in Boston, shut down the port, and sent a regiment up to Concord to seize the powder-houses. The colonists assembled a militia and started the war. Not really over life and liberty, but over how much tax London could take for themselves. 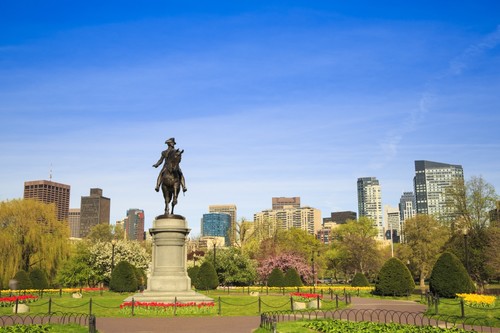 Here's a weird question: How did 13 colonies with basically no formal military win a war against the greatest naval power of the day? As in, how did America get to exist as an independent nation at all? Mostly it was because the war dragged on way too long, and France along with a few other nations were keen to see the British lose, and sent military support. The colonists had a pretty hardscrabble army, but they adopted guerilla tactics: Lots of running and hiding. The British in parliament started to wonder "Wait, what are we doing? What are we trying to get out of this war?" They gave up. Odd, considering they managed to pull the same thing off in India and Pakistan during the British Raj. America!

Things were hunky-dory for another 100 years. Wealthy members of society started an ethic of social and cultural cooperation. These "Boston Brahmins" not only had their own affected accent (the so-called "transatlantic dialect" heavily used in broadcast radio and TV in the past, and still in occasional use today), but they cultivated a huge literary boom. Their ranks included poets, presidents, philosophers, and scholars. It was quipped,

"You can't shoot a pistol in Boston without dropping the author of a two-volume work."

The reason I am dredging all this dreary history back up is to direct your understanding of Boston as a city: A combination of nautical trade, religious wackiness, large fish, cultural cultivation, and best of all, property-destroying patriotism. There's no better place for exploring this than the Freedom Trail. The trail was established in 1964 and visits key places, together telling the story of the creation of the United States. It is a physical path, a line of bricks running set into the concrete sidewalks of Boston. At most stops, volunteers dress up in tricorner hats and traditional colonial dress to talk about history and life in colonial Massachusetts. In no particular order, I have picked out a few stops for us to dwell on.

It starts in the Boston Commons, the oldest park in the U.S., where colonists could frolic and make speeches and let their cattle graze. Plenty of early colonial organizing began here, as it was a true public space. Incidentally, it's also the site of the first subway stop in America.

In front of the Old State House, where the Declaration of Independence was read out loud for the first time, you can see a gold star on the pavement marking the site of the Boston Massacre. What started as a snowball fight/protest got wildly out of hand, and British soldiers fired into a crowd of civilians, killing five. Though many of the soldiers responsible were prosecuted, that event alone helped convince colonists that independence was the right choice.

At Fanueil Hall, property-owning men held town meetings, and got hands-on experience in debating the issues of the day. Though they were used to having a say over what happened in their own city, they had no power over what happened in English Parliament and Bostonians like Sam Adams galvanized public support for expanded representation here.

At the Paul Revere House, statue, and at the Old North Church, visitors learn about the night that the British army moved to seize the powder houses. Revere was a Boston silversmith active in local radical politics, and was aware that after the British government established martial law, they would try to take control of any colonial military supplies. He told his co-conspirator to place lights in the steeple of the Old North Church, so that he would know how the British army would be moving - famously, "one if by land, and two if by sea." When three lights appeared, Revere and two others rode through a succession of Massachusetts towns, alerting their volunteer militia that war had begun.At the Old South Meeting House, you can see where the colonists got Governor Hutchinson's final word that he would allow the British East India Company's ships into the harbor, and determined to protest (by dressing up as native Americans and destroying $18,000 - over $1 million in today's money - worth of tea leaves). Additionally, there's a tea room where you can order a bottomless cup to sample varieties that might have been aboard the East India Company's three ships. ("The cups have bottoms, or else they wouldn't work as cups," the cashier dressed in traditional clothes quipped to me, "but yes, you can drink as much tea as you like.")

And of course, there's Copp's Burying Ground, where all these famous American patriots and their families lie. Benjamin Franklin built an enormous obelisk in memorial to his parents in the middle. Paul Revere, Samuel Adams, and the rest of the firebrands who really, really hated taxes are all buried here.

All in all it is a marvelous experience, and you will pack a lot of education into a 5-kilometer (3.1-mile) walk. Boston is one of the few places in the U.S. where locals have an appreciation for the unusual history of their city, and do their best to recreate that promise into the modern world. For your next holiday, I recommend investing some time into America's colonial past and visiting Boston. Especially since "Hamilton" is sold out for the next two months.