Water problems to be eliminated at Göbeklitepe 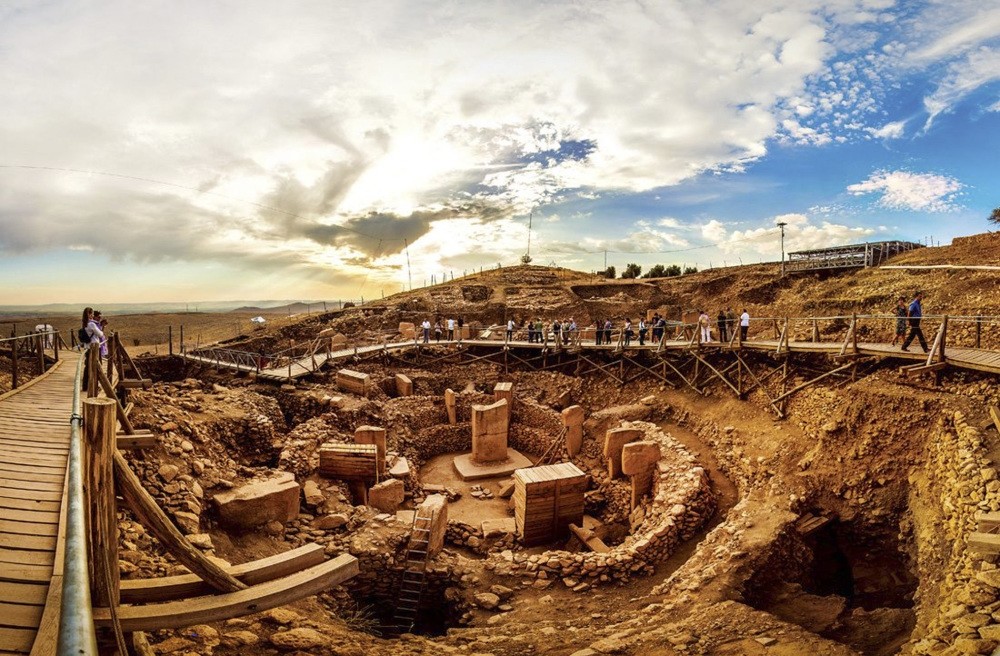 Şanlıurfa Metropolitan Municipality started drilling a well to supply water to Göbeklitepe, a site believed to be the oldest temple complex in the world and one of Turkey's nominees to be a UNESCO World Heritage Site.

Institutions and organizations have been focusing on the UNESCO nomination for the ancient areas of Göbeklitepe, located 18 kilometers from Şanlıurfa's city center. As part of its efforts, the Şanlıurfa Municipality started drilling a well to provide a reliable water supply to the site.

The construction of a 4,000-square-meter steel roof to cover and protect Göbeklitepe from the elements is also nearly complete.

Through the guidance of geophysical surveys conducted by municipal teams, a well is being drilled to supply water to the site, which is expected to see a hike in visitors next year.

The aim of the project is to supply Göbeklitepe with a clean and constant water supply.

Göbeklitepe was discovered by researchers from Istanbul and Chicago-based universities in 1963, and has been an active excavation site ever since.

The site contains a round structure consisting of T-shaped Neolithic stones with carved animal figures. Each stone weighs 40 tons to 60 tons and measures at 3 meters to 6 meters in height. The site is believed to be the oldest temple complex in the world. Since 1995, many animal and human figures, including one dating back 12,000 years that measures 65 centimeters, have been unearthed by teams from the Berlin Archaeological Istitute and Şanlıurfa Museum. Various projects have been carried out to get Göbeklitepe on the official UNESCO list. It was registered on the tentative list of World Heritage Sites six years ago.