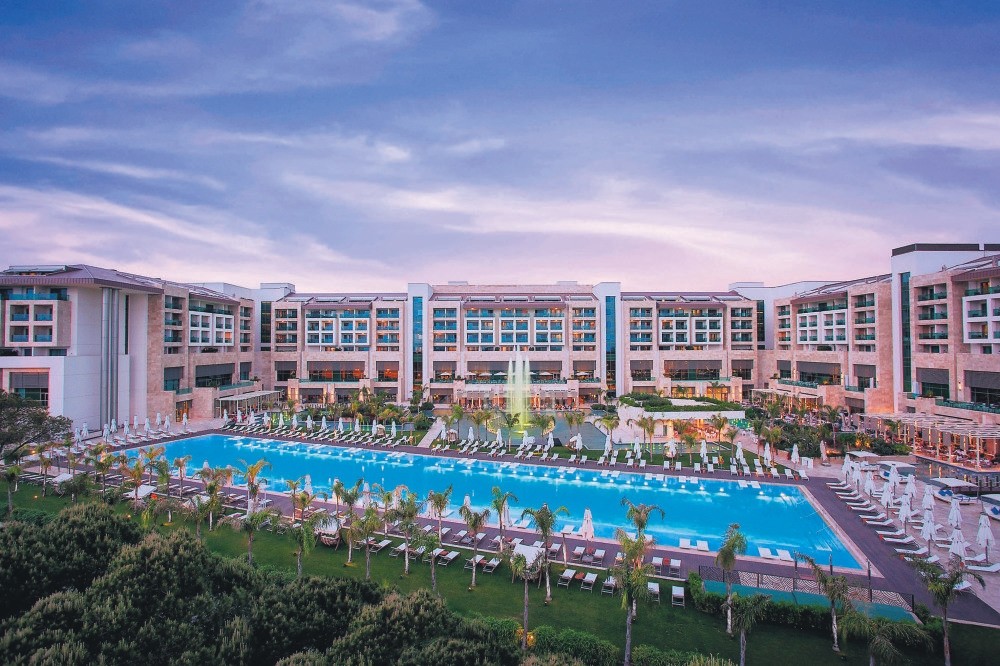 Even a standard room at Regnum Carya is like a deluxe at almost any other. The size of the rooms, the marbles used and complimentary Bulgari products all hint at the subtle glamour of their accommodations.
by Arda Alan Işık Dec 16, 2017 12:00 am

With great hotels, beaches and lively nightlife, Turkey's tourist paradise Antalya has created a comprehensive plan to make vacationing even better by 2023

Without a doubt, the Mediterranean region is the apple of Turkish tourism's eye. It is a region that breaks tourism records worldwide with its historic beauty, outstanding nature and five-star hotels. Even during winter months, it still attracts local and foreign tourists. Besides vacation tourism, it also makes a strong impression with congress tourism.

As one of the most substantial touristic cities of the Mediterranean region, Antalya attracts the most attention. Last week, the 7th International Resort Tourism Congress with the theme "Future of Tourism, Tourism's Future" was held by the Mediterranean Touristic Hoteliers Association (AKTOB) in Antalya.

Culture and Tourism Minister Numan Kurtulmuş gave a speech at the opening of the congress held in Antalya and emphasized that Turkish tourism has finally left a challenging period behind and started to rise again. Kurtulmuş said: "Turkey left the hardship of 2016 behind and began to climb upward from the deep end, so to speak. What we have in front of us is difficult, but if we work together and continue this struggle hand in hand, we have some extremely important years to achieve good results. Starting in 2017 and continuing until 2023, an important period has begun for the Turkish economy and tourism. The tourism sector is both the backbone of economic development and the sector that creates a substantial amount of employment." 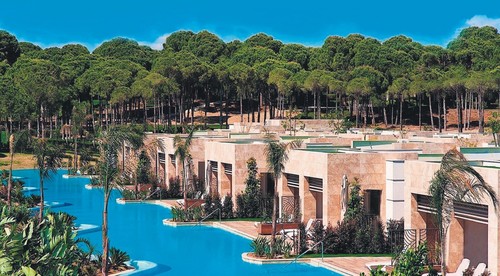 AKTOB, the organizer of the congress, President Erkan Yağcı said: "The world and tourism are going through extraordinary times. The Middle East and the Mediterranean basin are among the regions that have felt this stress the most. As the tourism sector,

we went through very critical periods during the troublesome years of 2016 and 2017. In 2017, Turkish tourism drifted back toward its old growth trend with 28 percent growth. There are high hopes for 2018. Incentives during the crises had positive impacts on the sector, and it is important for them to continue in 2018, as well."

While in Antalya, I had the chance to check out one of the popular hotels in the city, the Regnum Carya Resort. The hotel's architectural uniqueness is obvious even in the entrance, while the private helicopter waiting in the garden signals the elite air of the establishment. The leaf decorations in the lobby, high ceilings and renewed lighting are quite impressive. When you take in all of the meticulous details, it becomes clear why Regnum Carya Resort was chosen to host the G20. In fact, there is still a piece of the blue carpet used during the G20 event, and a group photo of the world leaders in the lobby.

Even a standard room at this hotel is like a deluxe at almost any other. The size of the rooms, the marbles used and complimentary Bulgari products all hint at the subtle glamour of their accommodations. There are many options, from 62-square-meter standard rooms to 3,500-square-meter crown villas. I especially loved the room's refreshing fragrance selection that you choose from when you first enter. Once selected, only that fragrance is used everywhere in the room during your stay.

When it comes to the restaurants, there are many a la carte options besides the hotel's main restaurant. My first suggestion is Ristorante Tramanto, featuring an Italian concept. The stone oven in it is marvelous. You should definitely try their pizzas and carpaccio. Another a la carte restaurant is Chufang, which reflects the Teppanyaki culture of the Far East where the meals are cooked in front of you. Seafood lovers can try the seahorse, and you can try the a la carte restaurant, Ottoman, for Turkish cuisine.

The hotel's spa is also very impressive. Owned by the brand Green Door, the spa has adopted the philosophy of the Spanish poet Pedro Calderon de la Barca: "Green is the prime color of the world, and that from which its loveliness arises." Besides the wide variety of organic massages, other services include different therapy cultures in the 4,800-square-meter space. Besides indoor pools, there is also a year-round, heated outdoor pool. In short, there are many things to do in Antalya, even during winter. Make time for yourself and your loved ones the first chance you get in this touristic paradise!

Top Restaurants of the Week

Top Hotels of the Week