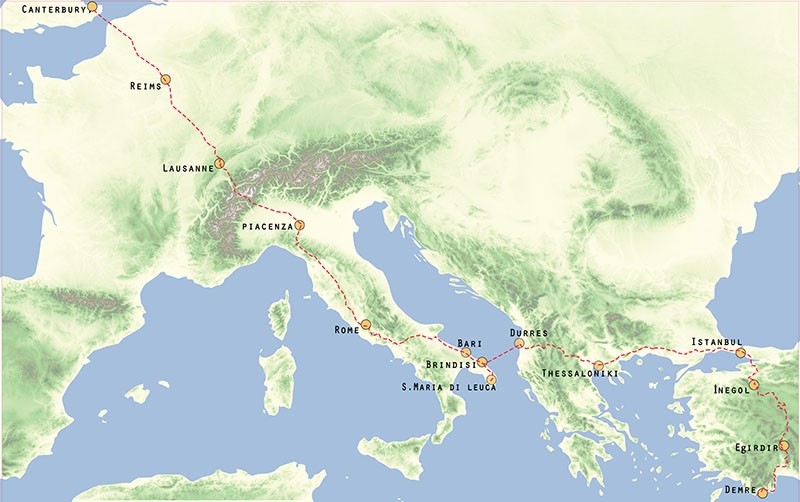 The starting point of the route is Canterbury, United Kingdom whereas the ending point is the town of Demre in Turkey's southern Antalya province.

The cultural route is a part of "Europe to Turkey on Foot" project supported by the Civil Society Dialogue Program, which brings together civil society organizations from Turkey and the EU to exchange knowledge and experience, and to build a sustained conversation around common themes.

Co-financed by Turkey and the EU the project reportedly aims to connect a great European walking network to Turkey's cultural routes.

The route extends the existing Via Francigena route ending in Italy's Bari over the Balkans to Turkey.

"People will have a chance to walk through Europe and visit a lot of countries on their way when our project will be completed," said the head of CRS Kate Clow who also is a creator of several cultural routes in Turkey.

Culture Routes Society is a non-governmental organization that was founded at the request of the Turkish Ministry of Culture and Tourism to develop, maintain and promote cultural routes in Turkey.

The society manages several of Turkey's historical routes, including the Lycian Way, Phrygian Way or Roman-era route of Via Egnatia, which connects Istanbul to Albania.