Ankara to Kars: Eastern Express has never been so popular 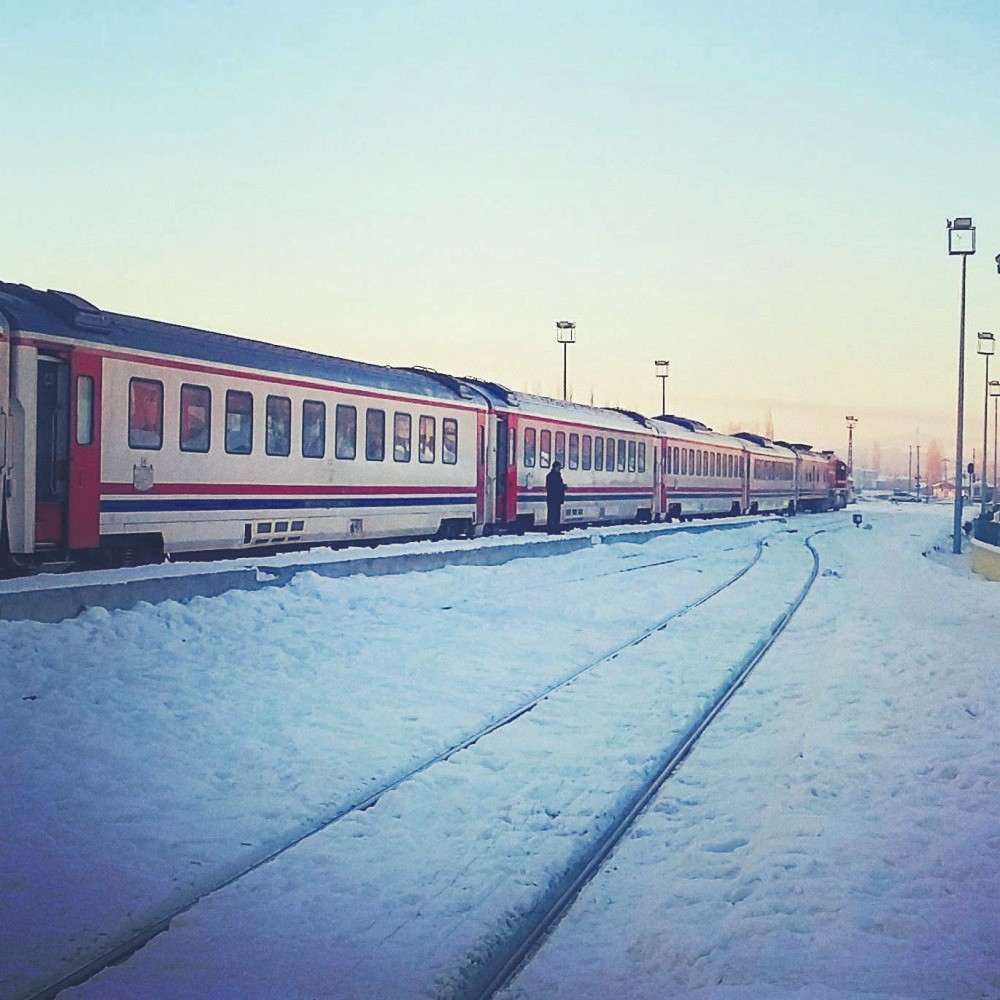 The Eastern Express that sets off from the capital Ankara and heads for Kars in the eastern region is in its heyday. The train, which arrives at its destination in 24 hours, is the new tourist attraction in Turkey.

Following the proclamation of the Republic of Turkey, the government embarked on a mission to build railways to every province in Anatolia. The mission of covering Anatolia with railways still continues, but one of the oldest train destinations, Kars, is revived with the recent popularity of the Eastern Express.

The popularity of the destination among domestic and international tourists resulted in a shortage of tickets. Tickets for the Express sell out 15 minutes after they go on sale, and the authorities announced that 13,000 people are waiting in line for the next train.

Although the Ministry of Transport, Maritime Affairs and Communication has announced that more wagons will be added to the Express, it seems like it will not be enough to meet the demand.

Tour operators that organize tourist travel to Kars with the Eastern Express said that they can only open spots for 50 people for trains that are supposed to set off in two months.

Kars, which also welcomes tourists that come to the city via airlines and by bus, is swarming with visitors. It has been reported that all hotels and hostels in the city are overbooked by tourists. The city welcomed 279,000 tourists last year, but it seems that this number will spike in 2017 and 2018.

"For the last two years, the Eastern Express has created its own tourist destinations. Hotel managers are doing everything they can to increase the bed capacity in their facilities. Well-known hotel chains such as the Hilton and Radisson are planning to bring their operations to Kars," said Hakan Doğanay, the director of Culture and Tourism in Kars.

The Eastern Express sets off from the Ankara Train Station every day for Kars via provinces such as Kayseri, Sivas, Erzincan and Erzurum and arrives at its destination in 24 hours and 30 minutes. Between Jan. 1 and Dec. 18, 271,120 people took the train from Ankara to Kars. The Eastern Express features seated coaches, couchette coach and sleeping coaches with toilets, a minibar and a table.