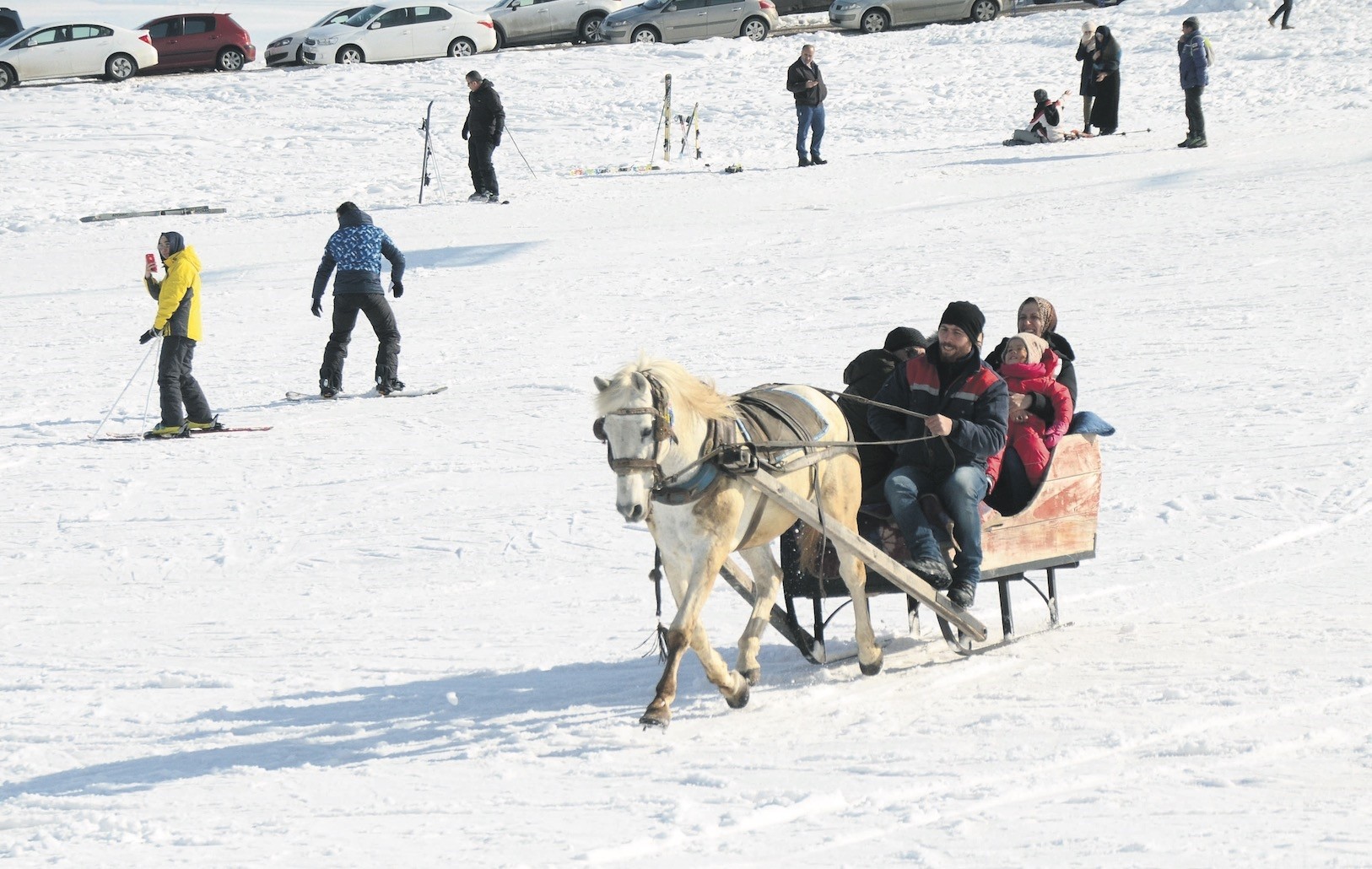 Local and foreign visitors come to the Cıbıltepe Ski Center for its tours around the forest with troikas, a three-horse sleigh, along with skiing and sledding.

One of the prominent winter tourism centers in Turkey with its Scotch pine forests, crystal snow and long ski tracks, the Cıbıltepe Ski Center in the Sarıkamış district of Kars province attracts the attention of ski lovers. The owners of the troikas in the center opened the season after the snowfall started in the new year.

In addition to skiing, visitors can also experience joyous moments through other events at the ski center. Visitors can tour around the breathtaking Scotch pine forests on troikas, which are generally used in transportation and freight shipment in the winter in Sarıkamış.

Özkan Çamlı, a troika coachman at the Cıbıltepe Ski Center, said they opened the season after the snowfall. Explaining that they try to continue the tradition of troikas even though they are becoming less common, Çamlı continued, "Our troikas made the first ride of the season. I hope this year will be peaceful and fertile. After we tour around the ski center, we take our guests to the district. Visitors say that they are pleased with the troikas and tours."

Visiting Sarıkamış on holiday from Istanbul with his wife Sibel Özkan, Emre Özkan said they came to the district for the first time. Özkan expressed that they really enjoyed touring with the troikas, saying the view of the Scotch pine forest is perfect. Sibel Özkan added, "My husband and I toured with the troikas with our son for the first time. We were happy and it was really joyous."