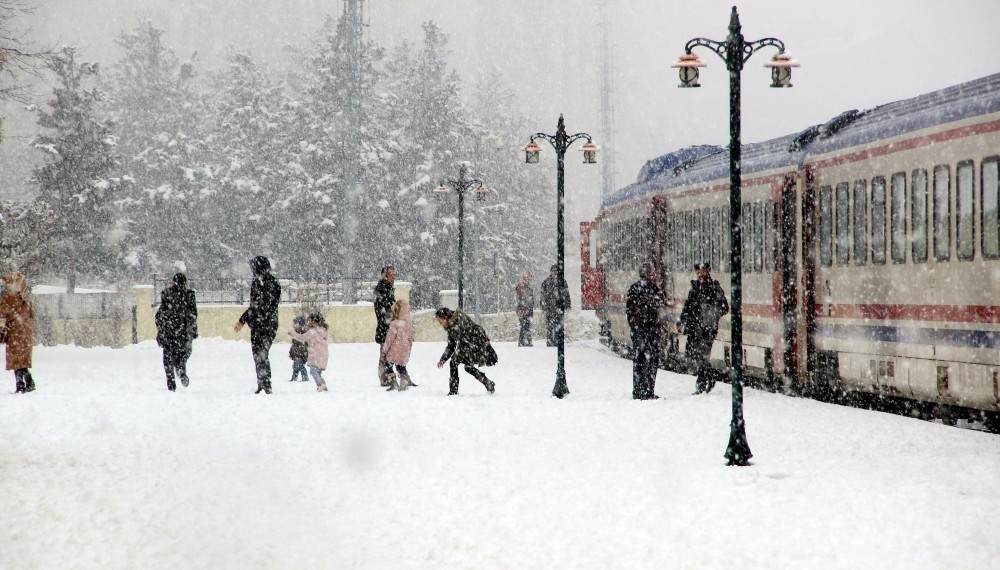 The Eastern Express, which travels from Ankara to Kars, has been a popular way to travel since the start of winter. The express's popularity increased after photos from travelers created a social media sensation and it carries thousands of travelers to the eastern province of Kars.

According to official data from State Railways, the Eastern Express carried 14,165 passengers from Ankara to Kars since the start of winter. The seats are booked as soon as tickets go on sale and the extra wagons that are added to the express cannot cover demand. The express was on the verge of closure due to lack of interest, but now has helped boost tourism in Kars. Hotel managers there announced that there is no vacancy for the next couple of months.

Before the popularity of the express, the average age of passengers was 50, but now, university students are the biggest group.

Those who travel from Ankara to Kars on the Eastern Express, which takes 26 hours, often first go to their hotels for a little rest. The next day, they set off to see the nature and history of the city such as Lake Çıldır, Ani, Sarıkamış and Kars Fortress. After tasting local goose, which is a main dish in Kars during winter, visitors head back to Ankara on the same train.

Speaking to the press, Mehmet Dursun, a hotel and tourism manager in the city, said the popularity of the express is incredible given that it was about to close a few years back.

"The Eastern Express was once the main way to travel medium to and from Kars, Erzurum, Ankara and even Istanbul, but in time it fell into oblivion. Thanks to social media, the nostalgic atmosphere of the express has been revived. The Eastern Express from Ankara to Kars can be like a new Orient Express or Siberian Express."